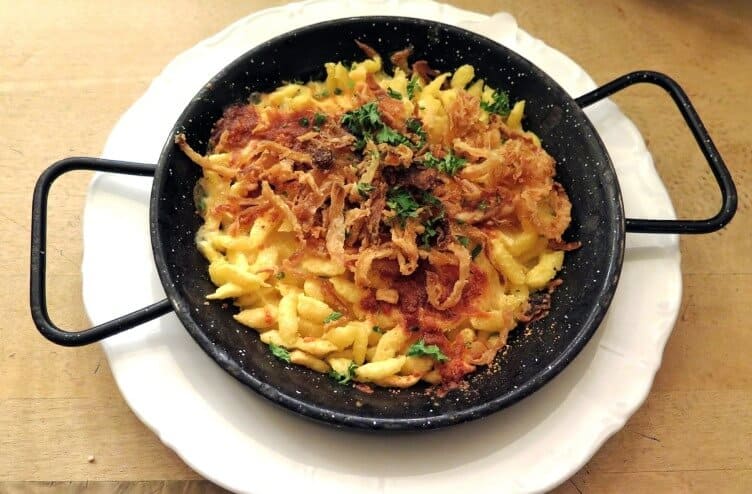 Monosodium Glutamate commonly known as Ajinomoto is one of the main ingredients of many Chinese food items.

This is one of the popular food additives that has been used to enhance the taste of the food items.

There is debate whether it is safe to consume or not. It is claimed to cause breathing problem, headache, and damages brain cells.

FDA claims that it is safe to consume. They even conducted the test where people who had the problem with MSG given placebo or MSG but they didn’t show any reaction. (1)

However many people have complained that they face issues after consuming MSG. This is known as Chinese restaurant syndrome.

I have tried to represent the fact as fact without any biases.

What Is Ajinomoto (MSG)?

Ajinomoto is nothing but a Japanese firm named Ajinomoto Corp. It produces this Ajinomoto food enhancer.

Its main ingredient is this monosodium glutamate commonly known as MSG. It enhances the flavor of the food items. This ingredient is increasingly found in many prepared foods and Chinese dishes.

MSG stands for monosodium glutamate which is more commonly known as Ajinomoto.

This is a food additive with the number E621. It is added to food items to enhance their flavor.

Monosodium glutamate is derived from one of the most abundant amino acids found in nature, that is, glutamic acid (also known as glutamate).

This is a non-essential amino acid, which means that it is needed by the human body, but it can be naturally synthesized by it.

Hence it is not necessary to depend on outer sources to get it. Moreover, the amino acid is found in innumerable fresh and processed food items.

Monosodium glutamate is a sodium salt that comprises sodium and glutamic acid. It has a white and crystalline appearance similar to that of table salt.

This salt was originally extracted from seaweed.

Glutamate can be artificially converted into to monosodium glutamate in the fermentation of starches. This would have chemically the same as the one that is naturally found in foodstuffs.

However, it is easier for the body to assimilate glutamate when it enters into the system in the form of MSG.

The most popular feature of MSG is its flavor-enhancing property. It provides a taste known as umami to food that is described as savory or meaty. Umami is considered the fifth type of taste that humans can sense after salty, sweet, sour, and bitter.

This flavoring agent and the taste it provides are very popular in East Asian cuisine. However, it is used worldwide as an additive for flavor enhancement and preservation in processed food items.

Why Do MSG Is Considered Harmful By People?

When you eat items containing MSG or glutamic acid, then the glutamate levels in the blood increases by about 8-10 times. Normally this level should be very low in the blood.

Due to this excess level, it causes severe effects. Glutamate is also naturally present in our body. Our body produces glutamate as per the necessity. Excess presence of this naturally occurring substance may cause trouble to our health.

Also, the Ajinomoto ingredients is an excitatory neurotransmitter. It overstimulates the nerve cells. Excess intake of this ingredient upsets the balance of the neurotransmitter. This imbalance leads to an unhealthy body and also adverse consequences.

Why do people use it even after knowing everything? This is the question that hits me often. MSG is quite cheap and is readily available in the market.

It enhances the food taste so that people like you, long for more. With low costs, food chains will get huge profits.

Another reason is that when you take MSG, it stimulates your pancreas. Pancreas then releases the insulin even when your sugar level is fine. This excess insulin causes a drop in the sugar standards of the body, and you feel hungry. This leads to overeating along with obesity.

MSG is addictive too. If you eat items containing MSG once, you tend to get into the habit of eating that food item on a regular basis.

Facts behind the argument

So there is no concrete evidence has been found which can establish the fact that MSG is harmful.

Though nothing has been proofed, if you feel uneasiness, headache, breathing problem then you should stop using it.

If you eat more satiating food you feel fuller. It diminishes chances of food craving. So it has been argued that adding MSG  will help you consume lesser calories.

To proof, this theory researchers have conducted few tests by adding msg to the soup. It has been given to few participants before the meal. The test closely monitors the effect of intake of calories of food after taking MSG.

This shows that MSG can make the person full so that decrease the consumption of lesser calories in subsequent meals. (9, 10).

However other studies show that MSG increases the intake of calories. (11).

At end looking at these tests result we can conclude that in some test it increases and in some it decreases. So no concrete conclusion can be derived from these.

Harmful Side Effects Of Ajinomoto

Below are side effects that have been reported by various people after eating in the Chinese restaurant which gives it a bad name.

However, no concrete evidence has been found which can proof that MSG has side effects.

I will advise you take a close look at your health after consuming MSG.if you feel any of the below issue you should be careful.

The triggering of asthma attacks after the consumption of MSG was reported from a few cases in the previous decade. MSG was found to trigger attacks of asthma up to twelve hours after its consumption, but only when its effects were combined with those of other ingredients.

However, more recent reports have not found any link between asthma and MSG consumption yet.

Ajinomoto or MSG was also found to cause allergic symptoms in some people. These reactions included nasal congestion, sneezing, itchiness, rashes, and skin swellings.

These were experienced within 12 to 24 hours from consumption by a small percentage of people that were highly sensitive to the additive. The reactions stopped on consuming foods free from MSG.

Severe tingling sensation and swelling around the mouth, lips, and tongue can lead to complications such as breathlessness. This calls for immediate medical attention.

When heart palpitations reach extreme levels and are accompanied by chest pressure and pain, medical attention should be sought. These symptoms can be associated with wheezing, high-pitched, or noisy respiration.

Studies conducted on mice indicated that MSG could cause fat accumulation and storage in the body. Due to its effect on the hormone leptin, MSG triggered the mice to eat more than normal due to the alteration of their hunger and satiation signals regulated by leptin.

This led to obesity that could not be controlled by physical exercise.

These studies, however, do not prove that MSG is a causal factor for obesity in human beings.

In researches conducted on mice, MSG was found to adversely affect male fertility. It was also found to interfere with the release of follicles and ova in female rats. For this reason, it was concluded that high consumption of MSG could lead to pregnancy failure in humans.

In a study done on fibromyalgia patients, it was found that consumption of MSG led to the intensification of the usual symptoms, irritable bowel syndrome, and severe widespread pain. When MSG was excluded from their diet, the symptoms were alleviated.

MSG had been linked to stomach cancer in heavy consumers. This rumor was spread when MSG was starting to gain popularity as a food additive. It was added that MSG not only induced stomach cancer but also prevented cancer-fighting antioxidants from their usual performance.

Since then, some consumers, chefs, and restaurants have limited the use of MSG in their recipes while others choose to use it in the usual way.

This is a very common side effect of MSG. You normally get it. But due to continuing intake of MSG, this mild headache can take the form of a migraine. This migraine can be very severe.

12. Side Effects During Pregnant Women

Pregnant woman has to be very cautious regarding this ingredient. It causes sterility in pregnant women. During pregnancy, Ajinomoto should have been avoided the cause of its side effect. Even small kids should completely avoid consumption of MSG.

These food items should be completely avoided. If you don’t, you are risking your life to an ingredient that will kill you slowly.

Prefer food items made at home, basically organic and unprocessed food. I’m not saying that you should never eat these things. You can make all these things at home without the use of this dangerous MSG.

After knowing all this, I’m pretty sure that you will avoid all kinds of prepared food items. Not completely, but still you will try.

See, life is very precious. Don’t pay high prices just for satisfying your taste buds. I will just say maintain one thing “say no to Ajinomoto or this ingredient MSG.”

Ensure that when you eat out, there is no MSG added to the food item. When you buy products to make sure that they are free of MSG.

Suboxone Stay In Your System : Duration, Side Effects, How To Remove