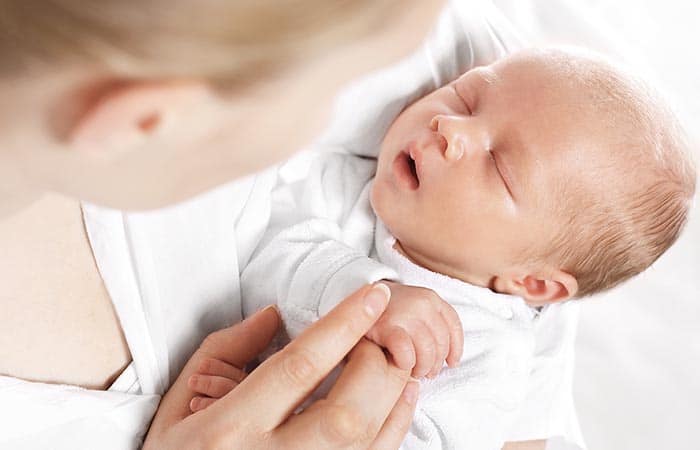 Cephalohematoma is a medical condition, which is often seen in infants or newborn babies. In this condition, blood gets collected under the periosteum .i.e. the connective tissue of the skull of the infant.

The pooling of blood takes place between the skull and the skin of the infant. It can be seen on the surface of the infants head in the form of a discoloration, blood clots like coloration or a slight swelling.

This condition occurs in 1 to 2% of all live births and is more commonly seen in first-born infants. In this condition, there is pooling of the blood from damaged blood vessels between the skull and inner layers of the skin.

Although it may seem like a very serious condition, due to the bleeding that it is seen in an infant. It is medically considered a minor injury that usually heals without any further health complications in the long term.

There are several factors that lead to Cephalohematoma in newborn infants. Some of them are natural and caused by difficulties in giving birth and other related problems.

Other factors are ones that stem from human error while delivering.These are

The causes that can lead to Cephalohematoma in infants are:

A long labor period for delivery of the child where the time taken for the delivery is more than normal. This is when the labor period goes on for several hours. That may cause some trauma to the head, leading to Cephalohematoma.

During labor or the birthing process, there are constant contractions happening in the mother’s womb to help push the child out of the body.

When these contractions go on for a very long period, the push on the infant’s body is maintained for a long period.

Also, the delay in coming out of the womb may cause additional stress in the infant. This is why long labor period can cause Cephalohematoma in the infant

Any difficulty in labor can also cause Cephalohematoma in the infant. If during the time of the delivery the mother is stressed to the level where her blood pressure rises to high levels.

This can lead to a problem during the delivery as it affects the infant and can cause complications.

To correct this, either external devices like forceps or vacuums are used, or the mother has to undergo a cesarian delivery in some cases.

If these procedures are not followed properly, and they end up causing an injury to the infant’s head, it can cause Cephalohematoma in the baby.

3.Delivery Where Tools Has Been Used

Use of tools like forceps or vacuum devices to help a child through the birth canal at the time of delivery which can cause Cephalohematoma due to head trauma.

Forceps and vacuum devices are used majorly under two conditions. Firstly, when the mother is facing difficulty in giving birth to the child which could mean that either the contractions in the mother’s womb are not strong enough to push the child out on her own and hence requires additional help or the labor period is very long.

Also, if during the delivery, the child gets stuck for some reason midway and cannot be pushed out by the mother alone, external help is needed.

This is where devices like forceps and vacuums are used to help in pulling the child out and delivering the infant safely without further complications.

However, if this equipment is not used properly or are used with too much force or inexperience, they can cause Cephalohematoma in the infant at the time of delivery.

Oversized babies or infants born weighing more than 9 pounds have increased chances of having Cephalohematoma.

If the infant is a larger proportion or weighs more than usual, the infant may get stuck in the birth canal of the mother during the time of delivery.

While this tends to occur at some point during most of the deliveries and is considered normal, if the infant gets stuck in a way that is taking too long for the infant to come out or if causing some stress to the infant, it needs to be treated soon.

In the case of an oversized baby, Cephalohematoma can occur for two reasons. If the infant is stuck in the birth canal in a way that causes a strain or an injury to its head it could lead to Cephalohematoma.

Also, if in this case again forceps or vacuum devices were used improperly to help deliver the child, it could lead to Cephalohematoma in the infant.

Being the first-born child or having multiple pregnancies also increases the risk of an infant having Cephalohematoma.

Usually, complications or issues in delivery tend to happen during first pregnancies and are considered normal. In the case of multiple pregnancies, since the body tends to weaken due to multiple deliveries, there may be reduced contractions over a period and increased number and chances of complications during delivery.

Effects Of Cephalohematoma On The Infant

Cephalohematoma as such does not pose any risk to the actual brain of the infant. It is considered to be one of the milder brain injuries during birth.

It is a condition where the tissues and blood vessels that are affected are usually left on their on or given mild treatment based on the severity of the condition and then left to heal on its own over time.

Cephalohematoma as such does not have any negative short-term or long-term effects on the infant and heals like any other injury over time.

However, if there is bruising in any layer of an infant’s skull, which may be indicative of an injury or birth trauma that has caused additional injuries to the skull or brain of an infant, it is best to have it further investigated by a doctor to determine the extent of the injury.

Cephalohematoma normally does not cause very major or visible bruising. It may cause discoloration of the skin due to the pooling of blood under the skin. It may even lead to slight swelling on the injured part of the head.

These are the indications of Cephalohematoma in the infant. Hence, if there is visible bruising or sign of some other injury or major swelling that does not reduce over time, it is best to have it examined by a doctor. This is to check for additional injuries that may be harmful to the infant’s growth.

This is to prevent any long-term complications in the infant’s development and to avoid developmental disorders like cerebral palsy which is a condition marked by impaired or weakened muscle coordination.

Some of the symptoms of Cephalohematoma that are immediately indicative of a more serious brain injury are:

Jaundice is characterized by a high level of bilirubin the blood. Bilirubin is a chemical compound found in the body which is broken down in the liver. During Cephalohematoma there is pooling of blood between the skull and the layers of the skin on the infant’s head.

This blood is naturally broken down by the body for reabsorbing and usually does not require any additional help. However, in extreme cases, if the amount of blood is more or the reabsorption is not much, there is a sudden elevation in the levels of bilirubin.

This may overwhelm the processing capability of the newborn’s immature liver, resulting in jaundice.

Jaundice causes yellowing of skin and eyes. If timely treatment is not provided, babies with jaundice can develop cerebral palsy, kernicterus loss of hearing and brain damage.

Damage to the brain can slow the growth rate of the infant. It can cause developmental delays if it affects some major areas of the brain. While this is not apparent immediately, it starts showing in the later developmental stages of the baby

Severe injury to the brain can over a period cause cerebral palsy, i.e., weakening of muscle coordination which becomes apparent during the later growth phase of the baby

Anaemia is hence dangerous because it means the body can’t send sufficient oxygen to all the organs, including the brain.

In the case of Cephalohematoma, if the blood loss is high due to excessive pooling of blood, the baby may later become anemic. It must be treated immediately to avoid any permanent damage.

Infections can be caused if the doctor tries to drain out the pooled blood instead of letting it get absorbed and healed on its own.

For this reason, doctors never drain out the pooled blood. Because it can cause further infections to the bone or the tissues of the brain, leading to greater complications.

Hence, the occurrence or detection of an infection can be indicative of an additional injury.

6. Unnatural Bulges On The Infant’s Head

Any swelling or bulges caused due to Cephalohematoma subsides within two weeks to 3 months. It usually depends on the severity of the condition. If the bulges or swelling remain even after a long time, it may be due to some other injury. This situation needs medical attention.

vii. Non-resolution of the cephalohematoma in the infant over time

How To Get Rid Of Cephalohematoma

As mentioned previously, Cephalohematoma does not require any specific treatment. Because it heals on its own within three months without causing any damage to the infant.

However, if there seems to be any additional injury the following treatments may be needed depending on the issue:

Cephalohematoma is a condition that heals on its own. The healing process starts with the reabsorption of the pooled blood.

The blood is reabsorbed in the body by breaking it down into simpler compounds. It is then absorbed by the tissues of the body. This healing process can take anywhere from 2 weeks to 3 months in infants.

During the healing process, the hematoma .i.e. the swelling caused by the clotting of blood breaks down and gets reabsorbed. Often the middle region of the hematoma will start to break down. First It gets absorbed, while the outer rim hardens due to calcium deposition during the absorption process.

This calcification or deposition of calcium may cause hardening of the lump. But this lasts only for sometime and is part of the natural healing process. Parents should not get alarmed at this stage as the hardening will soon decrease as the infant heals.

While Cephalohematoma should not take away from the joy of having an infant by causing the new parents to worry. It is best to have the doctors monitor and thoroughly check the brain tissues to ensure there is no serious or additional injury.

It heals on its own without causing any harm to the infant or leading to any long-term complications.

Cephalohematoma occurs very rarely in adults and is usually caused by accident or very serious injury to the head. In the case of adults, it is treated as a very serious condition. Because it is usually accompanied by some other injuries and can be very dangerous if left on its own.

Another case of adults is when Cephalohematoma occurs due to an accident or an injury. The blood vessels in the skull rupture. Then, there is pooling of blood between the tissues of the brain and skin and is referred to as Epidural Hematoma.

In this case, there should be no attempt to drain out the collected blood by external means as it may cause further complications or lead to an infection.

The injury should be treated immediately by a trained doctor as the pooled blood can press against the brain causing more damage and in severe cases death.

Home Remedies To Get Rid Of Swollen Lip Fast