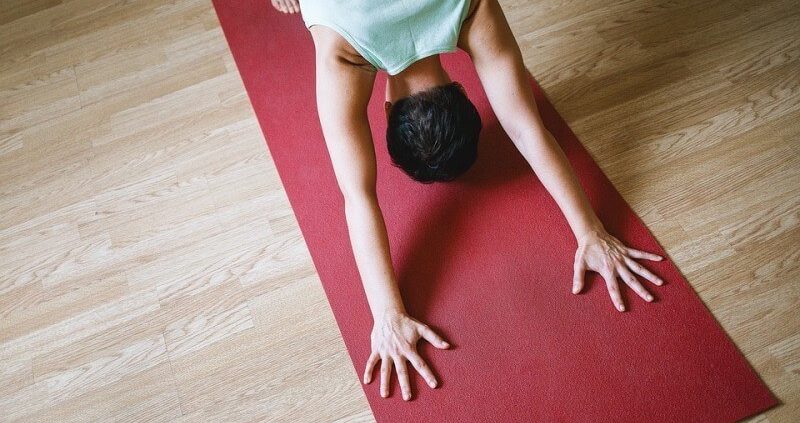 Are you fresh to the impressive world of Yoga?

If you are looking for any physical practice with a weight loss potential, then in the world of Yoga you must have come across two yoga styles:

a) Ashtanga Yoga and b) Bikram Yoga.

Undoubtedly, these two are the popular styles of Yoga and is very effective for weight loss. There are many similarities and differences between the two.

It is a common confusion for normal people whether to follow Ashtanga Yoga Style or Bikram Yoga Style.Are you a part of this puzzlement? If yes, then you are at a right place.

In the following discussion, we have tried to make things simpler for you so that you can try to eliminate your confusion and take a decision with ease.

Before switching to the basic difference between the two, let’s first understand in brief these two styles of Yoga individually for better understanding.

Ashtanga Yoga is a Yoga style which is both popularized and coded by Sri Krishna Pattabhi Jois. It is often considered as a form of classical Indian Yoga.

In this method, the breath is synchronized with a series of postures (ought to be progressive).

Due to this, intense internal heat, cleansing sweat, which ultimately detoxifies your organs and muscles are released. This helps in enhanced blood circulation.

The body feels light and strong and thus gives you a calm mind. What you can take out of this fact is yes, this seems to be the basic form and structure of all Yoga Styles.

Bikram Yoga is another Yoga style which is synthesized by Bikram Choudhury via Hatha Yoga Techniques. This form of Yoga gained popularity at the beginning of the 1970 era.

In this method, there are a series of 26 postures which includes two breathing exercises. Its benefit is more or less same as that of Ashtanga Yoga.

From the above discussion, we came to know that the benefits of both forms of Yoga are more or less same.

There are a series of symposium worldwide, which form is better and suitable for a common human being. The answer is pretty simple. The form which suits a specific individual is best for him or her.

Now, you must be thinking that how to decide which one is apt to me. To get this answer, you either shall try them or study in detail about them or both.

In this discussion, some of the basic difference between the two are highlighted which shall ease you in taking your decision.

In this dialogue, we are showing you the difference between taking in consideration different aspects of happening in doing these forms of Yoga.

This shall assist you in understanding them in a better way.

In any of the Bikram Yoga Class, you join you need to move through 26 poses along with two breathing exercises, and this sequence is repeated twice most of the times.

Also, in this form of yoga, your instructor has strict instructions not to adjust you at any particular instance.

Meanwhile, the class structure of Ashtanga Yoga is little different. Depending who your instructor is, you will have to do four to six series of the sequences.

The major difference in the class structure of these two yoga practices is that in Ashtanga your teacher will give you a hands-of-adjustment at least once, but as mentioned earlier in Bikram your teacher will not do the same at any cost.

In both forms of yoga, heat is essential and undoubtedly both of the classes are hot. What separates the two is the source from which the heat is derived.

In Bikram, the room where you practice yoga itself is a spring of heat. You will find that every Bikram studio is heated up to 40°C (104°F).

Obviously, some people will find the heat agonizing whereas Bikram enthusiasts simply love the heat because they believe that this room temperature will have therapeutic benefits over the whole body.

But in Ashtanga the concept of the heat source is diverse. Here you will work out with your body to build your own Agni or internal fire.

Starting from Sun Salutation (Surya Namaskar) to other series of movements, internal heat is built up in the body and also your heart will pump up in a better way.

Now it’s up to you to choose, which source of heat will suit you and what are you more comfortable with. Both sources have their own merits.

Overall, in this section, to sum up, Ashtanga Yoga believes in providing heat from inside out while Bikram Yoga from outside in.

Another basic difference to observe between these two is the flow in which these yoga’s are executed.

Although both of them are conducted for a 90 minute period, what about the breaks in between? Will you get any break or any space to breath in between this 90 minutes?

In Bikram Yoga form there is a scope of short breaks during the transition phase when you shift from one pose to the other.

With so much hotness in the room, breaks are necessary, and you could even have drinking water in between if needed.

But, in Ashtanga Yoga, there is no space for breathing or even drinking water. Except for when you do Savasana. Apart from that, you have no scope of breathing. There is a logic for this.

In Ashtanga, as you have been told earlier, heat is produced internally by the body, if you take any rest or drinking water, the whole impact of heat on the body is gone out, and all your hard work becomes useless.

Therefore, it is advised to do all sorts of hydration and other things before the start of the class, and there shall be no disturbance in between.

As in both forms, you are exposed to severe heat in some form or the other. Thus, a large amount of sweat is released from your body.

This can lead to the chances of slipping and sliding. Therefore, it is important to reduce the influence of sweat. Here in the way of controlling sweat impact, you will find another difference between the two exercises.

Although high-quality mat is required for both forms, in Bikram, people keep a large towel along with them too.

Either some special yoga towel or beach towel is used to wipe off the sweat. To become comfortable, you may also need to expose your skin.

You will find Bikram Yogis wearing tiny shorts, sports bras, or may be an active bathing-suit top.

But the situation totally reverses in the case of Ashtanga Yoga. Here a hand towel nearby will be helpful for you if sweat concerns you.

Even in clothing, you will prefer a little more clothing that assists in soaking a little of your sweat. This is because a little more cloth becomes very handy when it comes to poses like a crow, where there will be some skin-on-skin contact.

This difference seems to be a small one, but it shows the impact of heat and sweat on your physical activity during the commencement of Yoga.

If you go deep into both these styles of Yoga, you will notice that Bikram Yoga has some touch of luxury retreats in its process.

Few of them are already discussed as you need special towels to wipe off your sweat, high-quality mat, controlled temperature of room for more heat and more. Overall, in Bikram atmosphere is created artificially for people’s convenience.

But adverse is the case of Ashtanga Yoga. Here you will find everything natural and simple.
We start the sequence with Surya Namaskar and produce the heat required from within our body, which I feel is more natural and effective.

Even no special towel or special outfit is required for this activity. Yes, a high-quality mat is preferred, but it doesn’t mean that it is compulsory.

Overall, you can say everything is natural and simple about Ashtanga.

There is hardly any difference regarding benefits that these two forms of yoga gives. Yes, there could be a minor deviation, but on a large scale and greater picture, these deviations are often neglected.

Both forms expose you to severe heat, thus making your body flexible and you can reshape it as per required pose.

Due to heat, sweat is produced which ultimately removes the toxins from the glands, waste products. It enhances the function of the circulatory system as well as the respiratory system of the body.

It energizes your body, increases the supply of oxygen in it and even teach us how to make proper utilization of the oxygen in your body.

You must be wondering now that these are all the benefits of any style of yoga, and yes it’s true.

You must keep in mind that any form of Yoga you choose to do, its overall benefit will be more or less same.

From above discussions, you must have known about similarities and differences between the Ashtanga Yoga and Bikram Yoga. The Similarities are mostly the benefits which are common to almost all forms of physical exercise.

Amongst the differences, you now know about the class structure, role of heat, the flow, the gear and more. Now it’s up to you to make up your mind and decide which one suits you the best.

Both of the forms are very rigorous and could give a killer workout to your body. But hey! Just relax.

Simply keep in mind it’s not that you need to choose between any of the two and stick to it. I think you can be benefitted by simply practicing different styles of yoga as needed.

On any random day, you may feel like flying in an aerial yoga class! So it all depends on you. All you need to do is simply Yoga or physical exercise to keep you fit.