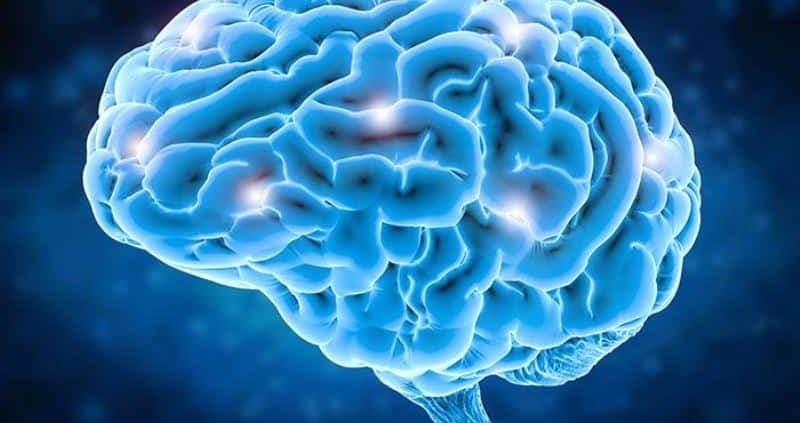 Gliosis is a non-specific response of several types of glial cells due to an injury or trauma to the brain or the central nervous system (CNS). It involves the process of formation of a scar in the brain where the injury or trauma occurred.

The scar formation is the result of the rapid proliferation of glial cells in the affected part of the central nervous system.

Lets read more about it.

What Are Glial Cells?

Glial cells or neuroglia or simply glia are the supporting cells in the central nervous system (CNS). They do not take part in conducting electrical impulses in the system.

Instead, they provide support for the neurons in the CNS and are the most abundant type of cells in the central nervous system with a ratio of 10 glial cells to 1 neuron.

The different types of glial cells include oligodendrocytes, ependymal cells, astrocytes, Schwann cells, microglia and satellite cells. Astrocytes and microglia are the cells which are mainly responsible for the tissue response to an injury.

The Four Primary Functions Of Glial Cells Include

They are also crucial for the development of the nervous system and vital in processes like synaptic plasticity and synaptogenesis. They also have some effects on physiological processes like breathing.

How Does Gliosis Occur?

The process of gliosis begins a few hours after the initial central nervous system injury and takes place over a period of several days. It starts with the migration of the local microglia and macrophages to the area affected by the injury, which is called microgliosis.

A few days later, the oligodendrocyte precursor cells are also moved to the area. These cells are responsible for remyelination. Remyelination is the process of forming thin myelin sheaths on demyelinated axons in the central nervous system.

This sheath helps in protecting the axons from any further damage and degeneration. Finally, the astrocytes, which are the main constituents of the glial scar are also migrated to the site through complex cellular and molecular pathways, and thus forms the glial scar which sums up the response of glial cells in response to an injury.

Astrogliosis is characterized by the increase in the proliferation of astrocytes, which are the cells responsible for modulating synapse function, maintaining extracellular ion and neurotransmitter concentrations and forming a blood-brain barrier.

The causes for this include trauma, brain injury or other neuropathologies. During astrogliosis the astrocyte function or its morphology changes.

These changes include domain overlap, hypertrophy, and glial scar formation.

Most of the times, astrogliosis is viewed as a negative response to any CNS injury. However, it is entirely a complicated process which has its benefits as well as detrimental effects.

The effects vary according to the cause of injury as well as the time after the injury.

Here are some of the leading impacts of astrogliosis:

The microglia is extremely sensitive to even small changes in the cellular environment. They have a rapid response to inflammatory signals. They are also known for their prompt destruction of infectious agents before the extremely sensitive neural tissue can be damaged.

Because of their fast response time, microgliosis, in other words, the activation of microglia, is usually the first stage of gliosis.

Hence within the first week of the injury, the microglia start proliferating abnormally near the site of damage.

Also, the activation of microglia plays a significant role in initiating and modulating astrogliosis since the degree of microgliosis directly affects the astrocyte numbers.

Like astrogliosis, it has its upsides and downsides as well. The effects of microgliosis depend upon the causes and the time frame after the occurrence of the injury.

In case of a reversible injury, microglia is known to promote neuron survival, and in case of irreversible damage, they are known to release neurotoxic factors that lead to further degeneration of neurons.

As the definition of gliosis goes, it is the first response of glial cells due to any stress, insult or injury to the central nervous system. This can be caused due to several factors such as trauma, head injury, cerebrovascular accident, stroke, etc.

A case of acute trauma to the spinal cord or the brain can result in gliosis in its severe form along with the formation of a glial scar.

Alzheimer’s disease and gliosis have been known to be associated closely. In fact, the degree of astrogliosis and the rate of cognitive decline have a direct relationship with each other.

Gliosis is often a feature of autoimmune inflammatory disorders like multiple sclerosis in which the inflammation leads to myelin damage, which alters the blood-brain barrier permeability.

The later stages of amyotrophic lateral sclerosis are often accompanied by astrogliosis and astrocyte proliferation surrounding the areas of damage.

The physical manifestation of gliosis regarding symptoms depends mostly upon the part of the spinal cord or brain that is injured. It can cause varying symptoms based on where the gliosis occurred.

A gliosis in the occipital lobe causes visual impairment of the patient, while a gliosis in motor cortex induces weakness in the patient.

Finally, gliosis affecting the sensory cortex of the patient may cause him to feel a tingling sensation and some numbness.

The treatment of gliosis is mainly to treat the underlying cause of the trauma or injury that triggered it in the first place. No specific treatment has been suggested for gliosis in particular. There is a therapeutic approach that aims at minimizing the proliferation of astrocytes in the system.

Gliosis is a process in which the glial scars are created when the glial cells collect all the dead or damaged neurons in the traumatized or injured part of the brain or the spinal cord.

This scar formation is beneficial in the sense that it contains all the damaged or dead neurons and shields the surrounding healthy cells from any harm due to these dead cells.

It can be caused due to some neuropathologies, Alzheimer’s disease or even a stroke.

The process involves microgliosis, astrogliosis, and remyelination and has both beneficial as well as detrimental effects.

The proliferation of glial cells has to be contained to avoid any further harm to the CNS, and some therapeutic methods are available that claim to do the same.

Very less is known about this condition, and further research in this area is being carried out to analyze the causes and effects of gliosis accurately properly.