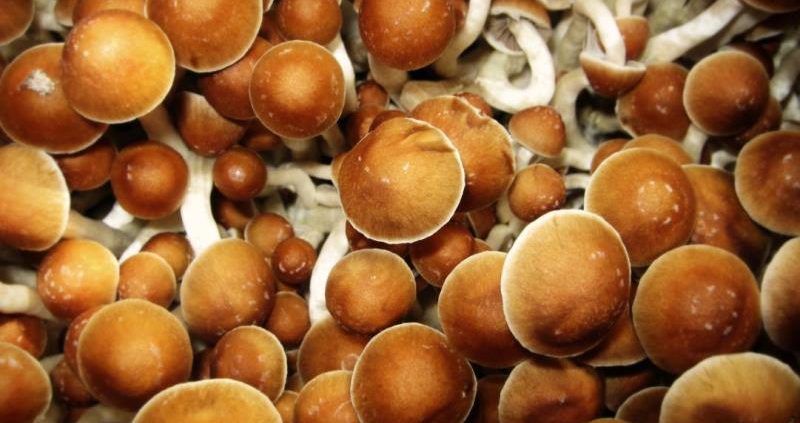 Humans have used magic mushrooms in religious ceremonies for centuries. In the past few decades, they have become popular recreational drugs, and research is now highlighting several potential health benefits. This article explores how they could help various conditions and explains how to benefit from magic mushrooms without breaking the law.

What Are Magic Mushrooms?

Magic mushrooms, or shrooms, are fungi that contain the psychedelic substance psilocybin. This chemical has a similar molecular structure to serotonin, a neurotransmitter associated with mood, digestion, libido, and more.

In the human body, psilocybin breaks down to another chemical called psilocin, which binds with serotonin receptors in the brain. This causes powerful mind-altering effects, such as heightened emotions, hallucinations, and an increased sense of spirituality and connection.

There are many different magic mushroom species, and they grow on almost every continent of the globe. All have similar effects, although some magic mushrooms are more potent than others.

One of the best-known magic mushroom species is Psilocybe cubensis (golden caps). These fungi are native to tropical regions worldwide and are one of the most straightforward varieties to cultivate at home. Some other common species are Psilocybe semilanceata (liberty caps) and Psilocybe cyanescens (wavy caps).

Magic mushrooms’ effects can vary depending on the individual taking them, the dosage, and the setting in which they are taken.

Low doses might produce mild effects, such as a subtle improvement in mood and many people advocate the practice of microdosing. It involves taking very tiny doses that do not produce psychedelic effects and is said to improve focus, energy, and creativity.

Higher doses can cause more dramatic mood changes as well as visual and auditory hallucinations. These include colors looking brighter than usual or music sounding especially amazing. Some people experience visuals like tracers, fractals, and kaleidoscopic patterns with open or closed eyes.

Many people enjoy these effects on a recreational level, but the benefits of magic mushrooms do not end there. Recent research has shown that they could also have tremendous therapeutic potential.

In the past few decades, research into the health benefits of shrooms has increased. And the evidence is overwhelmingly positive. So far, psilocybin studies have primarily focused on mental health conditions. However, scientists are now exploring them for a range of other ailments.

Some of the conditions for which magic mushrooms are showing promise include:

This is excellent news for patients, as many of these conditions are notoriously challenging to treat. Magic mushrooms may also cause fewer side effects than conventional therapies and can often begin working after a single dose.

However, it is essential to note that psilocybin is most effective when administered as part of an ongoing, integrated therapy program. The participants in clinical studies also undergo rigorous screening before beginning to ensure the drug is safe for them.

Therefore, we do not advocate individuals self-medicating with magic mushrooms. If you are interested in whether shrooms can benefit you, speak with an open-minded physician, psychiatrist, or psychedelic guide.

Although magic mushrooms are relatively safe, they can cause several side effects.

Firstly, shrooms tend to amplify a person’s mood, so taking them while feeling down or anxious could lead to a bad experience. It is best to take them while in a positive frame of mind and in a calm, comfortable, familiar environment. This will reduce the risk of anxiety and paranoia, although it can still occur in some cases.

Psilocybin also causes increases in heart rate and blood pressure, temperature changes, sweating, and yawning. These side effects could be scary if they occur unexpectedly and may add to the anxiety mentioned above.

Most people feel good in the days following a mushroom trip, but, in some cases, they could cause mood instability. Residual psychedelic effects also occur in a small number of users, a condition called hallucinogen-persisting perception disorder (HPPD).

Mushrooms could also interact with alcohol, other drugs, and medication. Avoid mixing them with other substances and if you take medicine from your doctor, seek professional advice before mixing it with shrooms.

How to Benefit From Magic Mushrooms Legally

Since the 1970s, magic mushrooms have been classified as a Schedule 1 controlled substance and illegal in the United States. They are also illegal in most other countries, although a few exceptions exist. So, where are mushrooms legal in the world?

One of the most famous places with legal access to psilocybin is The Netherlands. The country has banned magic mushrooms, but a legal loophole means you can still buy magic truffles. These underground parts of the fungus contain the same active components and have similar effects to shrooms.

Magic mushroom laws are less clear in other places. They are legal to possess and consume in parts of the Caribbean, but their sale is still outlawed in most countries. Some places in Europe, and several American states, have decriminalized the possession of small amounts of shrooms. However, this is different from full legalization. The exception is Oregon, which has legalized psilocybin for personal use.

If you want to try magic mushrooms but cannot travel to a place where they are legal, find out whether you are eligible for a clinical trial. Researchers are always recruiting healthy volunteers as well as those with specific conditions. Study participants will benefit from close supervision during their experience and will be helping to further our knowledge of these fabulous fungi.

Final Thoughts on How Magic Mushrooms Can Benefit Health

The latest research suggests that psilocybin, the active compound in magic mushrooms, has a range of potential benefits. It could help people to overcome mental health disorders and alleviate debilitating conditions like migraines. There is still a lot to learn, but magic mushrooms could become invaluable therapeutic tools in the future.

Anyone hoping to try magic mushrooms should check their local laws to ensure psilocybin is legal or decriminalized in their area. The penalties for illegal use are potentially severe, so user discretion is advised.

Clinical trials are another excellent option for anyone hoping to benefit from psilocybin legally. Check online to find out whether any studies are happening in your area and if you are eligible.

Finally, remember that although magic mushrooms are reasonably safe, they can cause side effects in some people. If you have any pre-existing conditions or take medicines from your doctor, seek advice before continuing. If possible, find a professional guide or psychedelic therapist to assist you and ensure you have the most positive experience.

The Effects and Benefits of CBD Capsules

What Are The Effects Of CBD Oil?