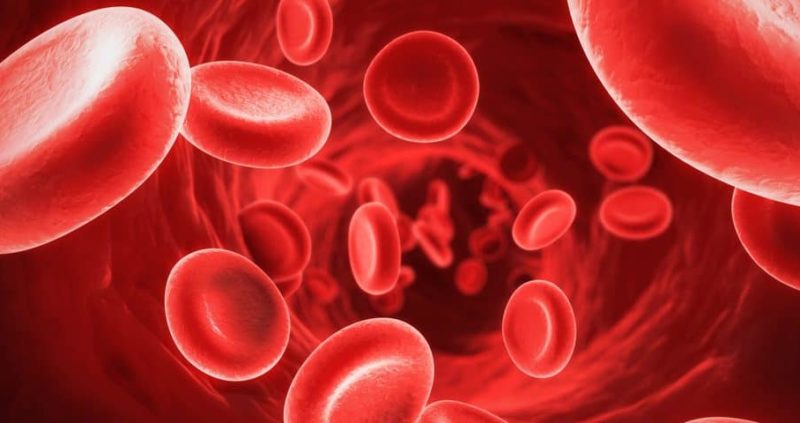 Hemosiderin is an insoluble protein that contains an iron storage complex called ferritin.It is produced by the digestion of hematin .

Hematin is a derived from the hemoglobin by removal of protein present in it.This is followed by the oxidation of iron atoms by a group of cells present in the body.It has the power to engulf and absorb particles, bacteria, and other small cells.

Hemosiderin is a brownish-blue degraded and oxidized from ferritin (iron storage protein) complex. It is insoluble and stores only inactive iron in it. This is found in the different levels of cells in your body except in the blood that is circulating.

It is believed to be made up of iron oxide, some denatured protein, and ferritin.You need to understand that the iron that the hemosiderin contains is not available to the rest of your body.

Sometimes this hemosiderin can accumulate in large quantities in the system of mononuclear phagocyte cells which comprises mostly of your white blood cells.

In some cases, this iron storage complex is found to accumulate in major organs like kidneys, liver. This might have some serious consequences like organ damage.Hemosiderin is believed to be produced by macrophages in abundance as a result of a hemorrhage (bleeding).

It is believed by scientists that hemosiderin can be a consequence of phagocytosis, which is ingestion of bacteria and other materials by phagocytes.

This post will help you get an idea about the function of hemosiderin, what happens when it begins to stain or deposit on organs and tissues, what is the cause behind it and how you can manage it through treatments

How Is Hemosiderin Formed?

The hemoglobin, a component of the blood and also the precursor of hemosiderin will be released into space around.

The mononuclear phagocyte system also is known as the recticulo-endothelial system consisting of the cells specifical macrophages with phagocytic properties will absorb the hemoglobin that has been released in the body resulting in the formation of biliverdin and hemosiderin.

What Does The Hemosiderin Do?

The most important function of the hemosiderin is to do the repairs that the body demands after an acute hemorrhage.

Another function of the hemosiderin is preventing the body from accumulating high levels of iron that is unbound iron or free iron inside it by corralling the inactive free iron inside cells of spleen, liver, bone marrow and other macrophages.The free irons are not metabolically active and building up of these free ions in the body can turn out to be toxic.

What Is Hemosiderin Staining?

The medical condition where a person develops yellow and brown patches on their skin is called as Hemosiderin staining.

This condition may also cause purple and rusty pigmentation. This happens due to the death of red blood cells that iron which is stored in the tissues as hemosiderin consequently staining the skin.

Hemosiderin staining can occur in people due to the following reasons:

How To Get Rid Of Hemosiderin Staining?

As soon as you observe rusty purple stains on your body go to your doctor for a proper diagnosis and he/she will suggest you the treatment best suited for your condition.

There are two most common types of treatment that your doctor might recommend to remove hemosiderin staining are as follows:

You’ll need to keep this in mind it is challenging to get rid of hemosiderin staining on the lower legs blood is continuously circulating in this area. So the treatments like creams, gels, and laser that I discussed before might benefit only in other areas of your body.

Hemosiderosis is a medical condition where the iron builds up in the form of hemosiderin in different parts of your body. It is also known as hemosiderin deposition.

There are three main types of hemosiderosis:

It develops due to the accumulation of iron in the liver, heart, and endocrine glands. This condition occurs in patients who are undergoing or have undergone frequent blood transfusion for cases like thalassemia, sickle cell, leukemia, aplastic anemia, myelodysplastic syndrome or anemia.

The exact cause for a person to develop hemosiderin is unknown, but the above are some situations that can lead to hemosiderin deposition.

How To Get Rid Of Hemosiderosis?

After proper diagnosis and consultation with your doctor regarding your condition, your doctor might follow these procedures to manage your disease.

Phlebotomy, Immunosuppression, Limiting blood transfusions, and Iron chelation therapy are some of the conventional methods opted by many doctors.

In most cases, most cases excess hemosiderin indicates an underlying problem in your body, and there are cases where the accumulation can also become fatal so make sure you consult a proper doctor and get your condition diagnosed.