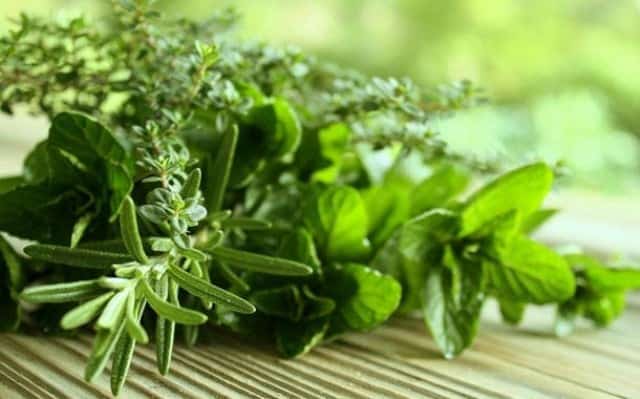 You can dissolve uric acid in an effective way by using the 12 powerful herbs in this article.

Due to your hectic schedules and convenient choices, a high level of uric acid is one health problem which many of you may face. If you are facing this issue, this article is for you. There are numerous treatments which can be used to dissolve the uric acid.

Uric acid is a chemical found in your blood which is created when a substance called purine is broken down into your body. Purine is found in foods like peas, spinach, anchovies, mushrooms, dried beans and even beer.

Most of the uric acid formed in the body dissolves in blood and is excreted through the kidneys.

If your body is producing too much uric acid or is not able to remove enough of it, it may lead to hyperuricemia. High levels of uric acid in the body can be detected through a blood test.

It has strong alkalizing properties. They raise the pH of the body and thus help in dissolving the uric acid. Generally, uric acid is dissolved in an alkaline environment in the body.Alfalfa leaves and flowers can be made into an herbal tea and drunk up to three times a day.

Traditionally, the herb was used to kick-start the appetite and ease indigestion, while alfalfa seeds were made into a paste for treating insect bites and boils.

It is a natural cleanser, responsible for removing wastes like uric acid from the body. It contains malic acid that breaks down and eliminates uric acid.

This is a natural remedy as it removes toxins from the blood. This herb stimulates urine excretions and reduces the inflammatory processes in the body. Another traditional use of burdock root is an aphrodisiac.

A study which took place in 2012 on male rats found that the extract of burdock root had an aphrodisiac effect. The extract enhanced sexual function and increased the amount of sexual behavior in the male rats. More research is needed on humans, but anecdotal evidence supports this claim.

Devil’s Claw contains substances which have the ability to reduce the uric acid levels in the blood. It also helps in the treatment of arthritis. Devil’s claw is a natural anti-inflammatory herb commonly used to treat the symptoms of various types of arthritis, including gout.

Devil’s claw is able to dissolve and reduce the levels of uric acid in the bloodstream. A commonly recommended dosage of Devil’s claw is 500 to 750 mg which is to be taken three times daily while suffering from an acute gout attack.

Lemon is loaded with vitamin C, which has connective tissue strengthening properties. This helps in minimizing the joint damage caused by the sharp uric acid crystals. Also, a citric acid found in lemon has the ability to dissolve uric acid crystals and thus help in bringing down its level.

Olive oil contains monounsaturated fats which remain stable when heated. It is high in vitamin E and antioxidants. It also has anti-inflammatory benefits which include at least nine different categories of polyphenols and more than twenty-four anti-inflammatory nutrients.

These compounds can suppress or switch off up to 100 inflammation causing genes. Three-quarters of olive oil is fat in the form of oleic acid, a monounsaturated omega-9 fat which is very good for our health. It is also a good source of vitamin E and also provides a great amount of the antioxidant beta-carotene.

It has many anti-cancer benefits as well as arthritic benefits which do include gout. Olive leaves and their extracts can also be used as they have similar nutrients.

Black cherries and cherry juice are powerful natural remedies which are used in treating excess uric acid content in your body. They reduce the uric acid levels in the serum and dissolve the crystals in the joints and kidney stones. Sour cherries have powerful alkalizing properties.

Calendula oil is a great moisturizer for dry skin and for severely chapped or split skin. It helps in soothing the area and reduce the pain. It works well on sprained muscles or bruises; its anti-inflammatory action helps lessen the swelling from injury.

Take a cup of water. Add fresh calendula leaves to it and boil the solution for few minutes. Strain and have this tea on a regular basis for relief from problems like inflammation and gout.

You can also use it as a compress. Take water. Add fresh calendula leaves and flowers to it and boil the solution. Cool it a little and soak a cloth in the warm solution and place it on the painful joint.

Green tea actually helps control high uric acid levels in your body and is hence found to be effective in controlling gout. It seems to help keep blood sugar stable for people with diabetes. Because catechin lowers cholesterol and blood pressure, they can help protect against the damage of a high-fat diet.

Take a cup of hot water, add green tea to it and let it steep for few minutes.

This juice should be prepared with less or no sugar.

Water helps in flushing out all the toxins from the body including any excess of uric acid which is present in the body. Thus it is recommended to have at least 8 to 9 glasses of water during the day.

This juice acts as an effective home remedy to treat gout. It should be consumed twice a day as it prevents the production the production of uric acid in the blood.

Berries especially strawberries and blueberries are rich in anti-inflammatory properties. Thus, including them in your diet can be beneficial as it prevents the formation of high uric acid in your blood.

Consuming foods such as kiwi, guava, oranges, tomato and other green leafy vegetables helps to disintegrate uric acid and flushes it out of your body.

If you have had enough of food items which are high in uric acid content, and are now frightened of the consequences, then these amazing natural remedies are very useful in dissolving the uric acid crystals and thus help in the treatment of gout.

So, start avoiding such food items if you see the effects of uric acid and switch to the use of above-mentioned herbs for an easy and no pain treatment in excess of uric acid in your body.

Since these foods can have different effects on different people, it is best to consult a doctor before consumption and follow his advice.  Be cautious and stay healthy.

How To Reduce Lactic Acid Build-Up In Shoulders, Arms, And Legs Muscle