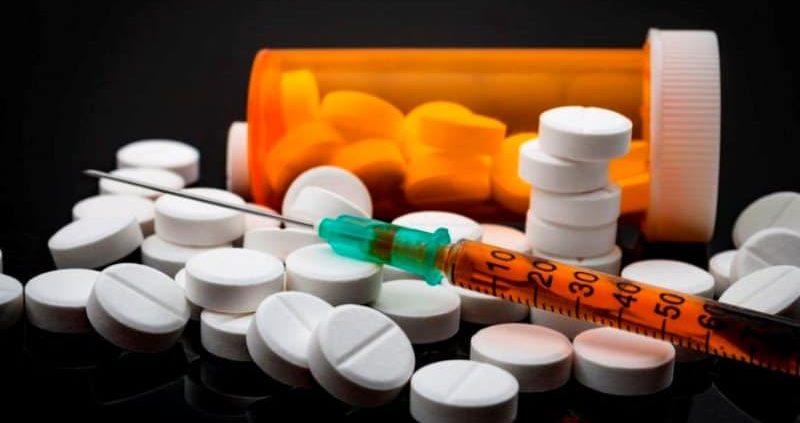 Opiates are defined as a class of drug that has extracted from the plant known as opium poppy (Papaver Somniferum Plant).

Examples of natural opiates are Morphine and codeine. Examples of synthetic opiates are Heroin and oxycodone. While Hydrocodone is considered as the semi-synthetic drug.

Opiates are sometimes taken due to their sedative and painkilling properties. Although Heroin which is a morphine derivative is banned as it is recreational and illegal. This class of drug has a high potential for addiction.

Those drugs which are legal often are misused and are found in black markets. According to the reports of United Nations Office on Drugs and Crime 2012 World Drug Report, about 26.4-36 million people across the globe misuse opiates.

Lets read more about the drug and how to clear it from the system in the following article.

Opiates used on prescription are generally in the form of pills. When pills are taken orally, its effect is seen in an hour or so.

Because it first passes through the digestive system. While opiates derivatives like heroin are often taken by injecting, smoking or snorting it.

These methods of intaking leaves more and faster impact on humans. It also leaves the body soon after intake.

Other factors on which it is dependent that how faster opiates leave the system are as follows:

a. Metabolism rate of oneself: Body which has faster metabolism will release it fast out of your system. Body with slower metabolism takes time.

c. Fat content in the body: Opiates are fat soluble. So the body with more fat contents takes the time to release them from the system.

e. Age factor: Metabolism rate decreases with the growing age. Thus it remains in the body of older people more as compared to the younger ones.

f. Frequency and amount of taking opiate: Person taking opiate more frequently and in more quantity have longer effects on their body than who takes it on rare occasions.

The water content in your body: Drinking more water will help in diluting it urine. It will leave your system fast.

Codeine is one of the fastest opiates as it leaves the system really fast. A blood test can detect it up to 24 hours. Urine tests and saliva test can determine it for 24-28 days and 1-4 days respectively after the last dose. It is present in hair for 90 days.

If you are taking it heavily, then limits may differ as fatty tissues get built up.

How To Clear Opiates From Your Body?

Opiates can get out of your body through excretion.

Following are the factors which will help in doing the same:

Drinking lots of water will help you to dilute it with the urine. However, it can be useless for heavy consumers. It will help in clearing the urine. It is better to do it at least one day before tests, as this will mask the samples who have used drugs. Consumption of vitamin B tablets 24 hours before the test can help in making the urine yellow.

It is good to drink lots of water and urinate as much as possible. It will push out the drugs before the tests. Diuretics like tea, coffee or cranberry juice can help in initiating the urination.

Metabolism rate is after while sleeping, thus the first urine of the day will have greater quantities of the drug.

Exercise helps in boosting the metabolism rate. Hence it will help in eliminating the opiates from your body. Exercising will also help by using up the fat which may be used to store the drugs.

How Do People Use Opiates Or Abuse It?

Morphine is used as the moderate to severe pain reliever as it is narcotic analgesic.

Codeine is consumed as pain and cough medicine.

Hydrocodone is also used as pain and cough medicine.

However, Side effects of opiates are sometimes used for pleasure. Opiates can cause:

When opiates are consumed for a long time and when not consumed as medicines, you may get addicted to it. You will tend to be physically or psychologically dependent on it. If it continues for very long, then you can end up with substance use disorder.

Side Effects Of Opiate Abuse

Following circumstances can lead to testing of opiates:

Test like Urine, blood, saliva and hair can be performed.

i. 12-step programs such as Narcotics Anonymous(NA) can help in providing support for people who know your struggle.

ii. Behavioral Therapies such as Cognitive behavioral therapy(CBT) helps in increasing the skills for coping with it and contingency management. It gives you vouchers in return for negative drug tests.

iii. Rehab is one of the effective ways to cope up with drugs. It can help you go through the detox process. It is even useful in providing the skills for combating substance use disorder after finishing the rehab process.

At least three months of treatment is required to see the actual results. The therapeutic community is a long-term treatment model. In this process, people are taken care for 24/7 for 6-12 months.

iv. Medication-assisted therapy: Methadone is opioid medication, can be used without any side effects or any symptoms of withdrawal. Effect of medicine remains for 24-36 hours.

Buprenorphine is also used for the same purpose. It is taken less often (three times a week). There are little side effects. It is not that similar to opiates as methadone is. It can be used as a substitute.

It is not good to use opiates for pleasures. And if you are already addicted to it, then opt for methods to withdraw your hands from this addiction.

Suboxone Stay In Your System : Duration, Side Effects, How To Remove