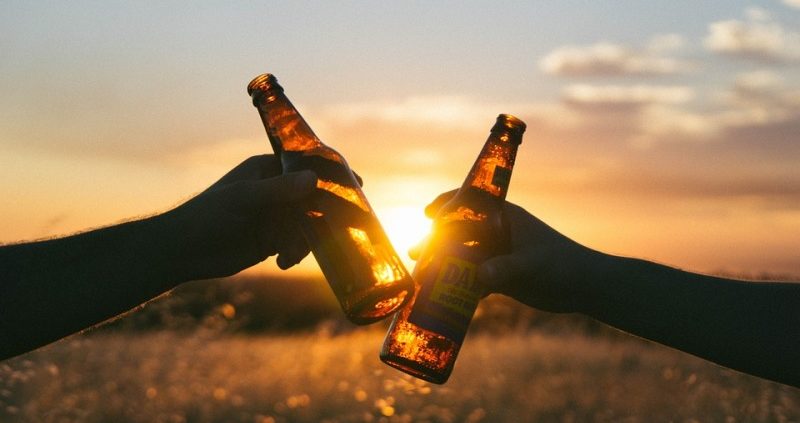 Since mankind first developed alcohol for consumption, hangovers have remained a persistent challenge. They’re the consequential morning after, when your body recovers from drinking through headaches, nausea, and feelings of dizziness. And for as long as they have existed, humans have tried to cure them.

Discovering the mythical “hangover cure” has stumped alcohol drinkers and medical professionals for centuries, producing the most exotic to the most complex of concoctions. But in order to help a bad hangover, you first have to know what exactly is causing it. That way, you can pinpoint exactly what you need to recover fully.

In this post, we’ll first examine the factors that lead to a hangover, and then a natural solution we’ve been trying lately that gets the job done.

What Causes a Hangover?

Hangovers are primarily caused by two outstanding factors: dehydration, and toxins. Let’s go through both of these to explain further.

Alcohol is what we call a diuretic, meaning that it makes you go to the bathroom—and often. When that happens, you flush out too much water and electrolytes, leaving behind little for your body to work with.

That leaves your systems dehydrated, which can cause a heap of problems, especially for your circulatory system. Low blood pressure means less oxygen is reaching your tissues, and that can be dangerous, especially if in the summer heat. As a result, it’s always recommended that you constantly drink water — before, during, and after you consume alcohol.

What we also know about alcohol is that the fermentation process creates a number of toxins, like acetaldehyde. (Hence the term intoxicated.) When you drink, these toxins enter the bloodstream and target the liver — which can lead to a decrease in its function. This has ripple effects throughout the central nervous system, and that is felt in the buzz you get from a few drinks.

In a sense, the hangover you feel the next day is actually your body recovering from the damage wrought by toxins on the liver, and elsewhere. Isn’t that something?

What Can You Do About It?

In addition to drinking water — or coconut water, as it adds electrolytes — there are a number of practical steps you can take to reduce the effect of alcohol the next day.

You can shy away from drinking dark alcohols, like whiskey or stout beer, as they contain more congeners, which are the substances we were talking about. Clear alcohols, like vodka or gin, contain fewer congeners, and, thus, imply less pain the next day.

You can exercise the next morning, which is a lot to ask, we know, but is also proven to get the blood flowing through your body again. And as we discussed before, that’s a major issue to contend with.

You can eat foods that help, rather than harm. Ditch the greasy — it’ll only hurt your stomach, which is sensitive after a night of drinking. And stay away from artificial sugars, like candy, as it’ll confuse your body into thinking they’re natural electrolytes. Instead, stick to high-fat foods, which help your body regain energy, and any eats that contain a ton of vitamins and natural sugar, like vegetables or fruits.

And finally, consider taking a natural health supplement that takes on the factors we mentioned before, and leaves your body with more than enough supplies to recover.

The Natural Hangover Supplement That Works

Recently, we started trying Over EZ, a natural hangover pill from the folks over at EZ Lifestyle. We wanted a hangover helper that was organic, tested, and sustainable; one that didn’t contain any chemicals we couldn’t pronounce, or boast about “high energy.” And this one seemed to check all the boxes.

OverEZ starts the process of recovery before you start drinking. The capsule contains the powerful amino acid L-Cysteine and magnesium, which both help to pre-emptively boost the liver’s defenses against acetaldehyde. A dash of milk thistle, zinc, and chicory root then stays with the liver during the toxin attack and helps protect it. And once that’s all over the next day, a big supply of vitamin B complex injects the body with the essential vitamins and minerals it needs to not only recover but wake up feeling refreshed and re-energized.

Ever since we started using OverEZ, we’ve been able to actually enjoy the few glasses of wine on the weekends, and relax a bit more. It helps reclaim that next morning for you, without feeling sluggish or lethargic. And all of that is done with a happy, healthy peace of mind.