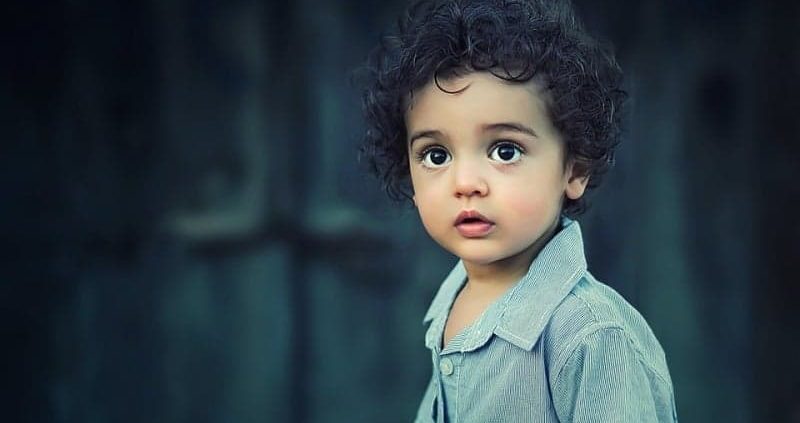 Lichen striatus is a type of skin rash. Prominent spots of pink color that join forming red, scaly, linear bands characterize it. It is accompanied by an itching sensation in the affected areas.

The eruption usually appears along with an extremity, following the lines of Blaschko. The rashes affect a more prominent area with time, and it may change the nails sometimes.

It is uncommon and benign, and it mainly occurs in children that are of age 3 to 10, especially females.

The occurrence of this condition is sporadic, and it is even more uncommon in adulthood. However, when it does take place in adults, it is known as acquired blaschkoid dermatitis, or just as blaschkitis.

In this article, lichen striatus will be explained in detail along its symptoms, possible causes, diagnosis, treatment and natural remedies.

Lichen Striatus is a rare and typically harmless skin condition. It commonly affects young children of the age from three to ten. Girls have been more affected by this disorder than boys. It is very rarely found in adults.

In such cases, it is termed as Blaschkitis or Blaschkoid dermatitis, and its appearance is similar to eczema.

The condition is characterized by pink, red or flesh-colored rashes or papules that appear on the skin. They are arranged in a linear band-like pattern and can be found along the limb that is affected.

The name “lichen striatus” originates from the Latin. While “lichen” is defined as a skin disease that produces clusters of small lesions, “striatus” refers to the channel, furrow, or groove appearance.

The disorder affects the extremities, usually one arm or one leg. But sometimes it extends to the neck, torso, buttocks, and abdomen.

It can produce temporary hyper-pigmented or hypo-pigmented marks on the skin even after it has resolved.

Lichen striatus is usually asymptomatic and heals by itself without the need of any treatment. However, when it causes severe itching topical creams are commonly prescribed.  The healing process can also be eased with the use of natural remedies.

What Are Symptoms Of Lichen Striatus

Lichen striatus is characterized by distinctive pink or flesh-colored lesions in the form of a linear band. They commonly appear on one arm or leg, but they have been found in the neck and trunk too.  Sometimes, they might be slightly hypo-pigmented or hyper-pigmented, that is, a shade lighter or darker than the skin color respectively.

The symptoms of lichen striatus can be enumerated as follows:

Lichen striatus usually affects a limb on only one side of the body. It is known to manifest down the lines of Blaschko.

What Are The Lines Of Blaschko?

These are the lines on the skin that correspond to the pattern of development of epidermal (skin) cells. Their origin is thought to be embryonic. They are invisible under normal conditions, and they can be distinguished only during acquired or inherited diseases that affect the skin.

The pattern of the lines of Blaschko is S-shaped on the abdomen, U-shaped in the upper body, inverted U-shaped on the breast and upper arms, and perpendicular pattern on the lower arms and legs.

The manifestations of Lichen Striatus occur on the lines of Blaschko as papules that form a linear band-like shape.

While the exact reason of this eruption is not determined, the most probable causes are genetic and environmental factors.Lichen striatus is not a contagious or life-threatening disorder.

The possible causes of this condition are:

A family history of asthma, allergic rhinitis, and atopic dermatitis seems to increase the probability of contracting lichen striatus, as seen in at least in 75% of the cases.

Stimuli like infection or trauma can also trigger the onset of lichen striatus. This may include seasonal variations, exposure to UV rays from a tanning bed,pineapple-leaf pricks, and bumble bee bites, though it has not been proven yet.

Sometimes the pregnancy may lead to the eruption of lichen striatus rashes due to its influence in the autoimmune response.

Skin-related diseases like vitiligo and viral infections like varicella and influenza have been found to be associated with lichen striatus. It has also been reported after transplantations of blood stem cells.

In some cases, lichen striatus has been noted after the intake of drugs like adalimumab and etanercept.Immunization with vaccines against Tuberculosis and Hepatitis B can also be followed by lichen striatus eruptions.

Who Are More Prone To Lichen  Striatus?

More than half of the cases of lichen striatus have been reported in children of age from 5 to 15 years. Female children are more prone to be affected by it with a predisposition that is two to three times greater than males.

The diagnosis can also be made with the help of histopathology a skin biopsy.

Lichen striatus heals by itself in a period of nine to twelve months even when no treatment is used to aid its healing.

Some natural methods to help in the resolution of lichen striatus include:

Also known as “skin vitamins,” Vitamin A, C and E supplements help in speeding up the healing process of practically any type of skin condition. Consult your dermatologist or physician to know which the most suitable one for you.If your kid has lichen striatus ensure that he/she will have food enriched with these vitamins.

The best sources of vitamins are the natural ones. These are fruits like apples, oranges, limes, lemons, mangoes, guavas, watermelons; and vegetables like carrots, bell peppers, tomatoes, etc. Ensure that your diet is loaded with these vitamin providers to get them in an adequate portion.This is will fasten the healing process of lichen striatus.

Keeping the skin well hydrated prevents its dryness, and hence, it reduces itching. Natural moisturizers are the preferred options as artificial ones sometimes worsen the condition. Some good options are avocado oil, olive oil, jojoba oil, eucalyptus oil, and beeswax.

This oil is a very rich source of beneficial fatty acids. They soften the skin and can treat lichen striatus effectivly.

Traditionally called as “liquid gold,” . Olive oil thoroughly moisturizes the skin and prevents its aging. Drying and itching due to lichen striatus can be avoided by using it.

It is an extremely skin-nourishing oil. It can penetrate deep into its layers. By using jojoba oil, skin dryness and itching can be alleviated. An added advantage is that it is suitable for delicate skins like that of young children.

The soothing properties of eucalyptus help in reducing the itching and irritation associated with lichen striatus.

Beeswax is also known as Cera Alba. It is a naturally produced wax by the honeybees of the genus Apis. It is considered to be a source of vitamin A, which is highly favorable for the regeneration of the skin.

When the internal body is moisturized, so is the skin. Make sure you provide yourself sufficient water throughout the days to keep yourself hydrated by drinking 10 to 12 glasses of water and other natural drinks such as fruit juices, vegetable juices, herbal teas, soups, barley water and coconut water.

The extracts of this plant are known to be beneficial for treating lichen striatus. It soothes itching and promotes the healing of the skin. To manage a severe case of lichen striatus and mitigate its symptoms try a blend made of Aloe Vera gel (2-3 spoons), lavender essential oil (1 drop) and jojoba oil (10 drops). This will have in itself the regenerative properties of Aloe Vera, the soothing effect of lavender and the moisturizing features of jojoba oil.This is one of the best home remedies for lichen striatus.

It has many benefits for the skin due to the essential fats that it contains. It nourishes and rejuvenates the skin. To alleviate the symptoms of lichen striatus, the patient should consume three to five spoons of roasted flax seeds.

Lichen striatus is a self-limiting disease. It usually heals by itself within an average period of 9 months. However, it may leave hypo-pigmented (light) or hyper-pigmented (dark) marks behind after its resolution. This is not a reason for worry as the marks are temporary and can disappear with time or natural remedies.

To help in clearing the lesions, topical steroids, cortisone ointments, or pimecrolimus cream might be recommended. Although they might take a few weeks to work.

Lichen striatus is not a contagious condition. It cannot be contracted by the contact with affected people. The causes of lichen striatus are not exactly determined, but the factors of predisposition are the ones explained above. However, there are certain people that have a higher chance of acquiring this skin disorder. They come under the risk group.

Lichen striatus is a condition that heals on its own. Letting it follow its natural course of healing is the ideal option, but sometimes the symptoms require to be treated due to their severity.

Natural remedies help in soothing its symptoms without any side effects. However, before using any substance on your skin, it is recommended to consult it once with your dermatologist

Is Stevia Better Than Truvia? Find Out