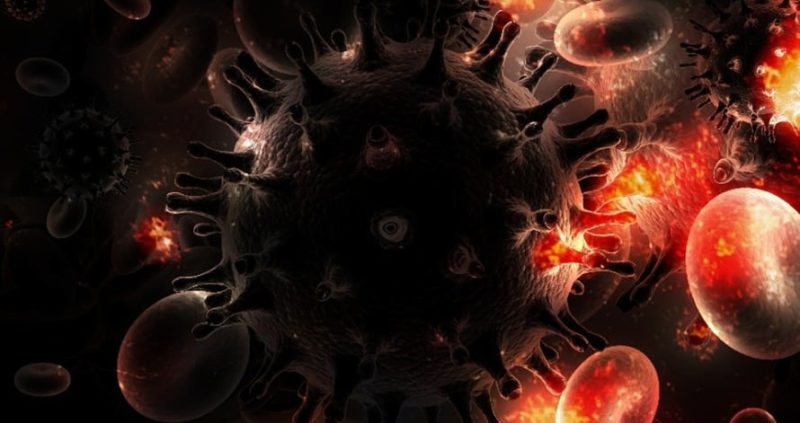 Nipah virus is a newly emergent virus that’s causing a deadly disease in humans and animals.

Recently there has been a serious outbreak of this disease has been reported in Southern Part of India.

The person who has infected from this virus shows symptoms ranging from drowsiness, weakness which leads to death.

Till now, no absolute treatment is found for this, the only solution is supportive care.

To know more about this deadly virus and ways to stay away from it read the below article.

What Is Nipah Virus (NiV) Infection?

Nipah virus (NiV) infection is a new infection caused to humans from animals. Although, it can affect human as well as animals. The natural host of this virus is fruit bats of the Pteropodidae Family (Pteropus genus).

What Are The Symptoms Of The Nipah Virus?

The symptoms of a Nipah virus infection are same as influenza. It causes symptoms like fever, muscle ache, drowsiness, slouching or disorientation, and mental confusion.

Once you are exposed to this virus, the incubation period ranges from 5 to 14 days. The symptoms are seen after 3-10 days.

A few of the people even suffer from respiratory illness with the onset of the infections. Generally, you will suffer from neurological and pulmonary signs with this infection.(1)

Outbreak And History Of Nipah Virus

The first Nipah Virus outbreak was seen in 1998-99. It infected 265 people at that time. Only around 40% of patients infected with the virus underwent medical treatment.

But, later they died as it affected the nervous system adversely. Total 105 people died with the Nipah virus in Malaysia.

The first outbreak took place in Kampung Sungai Nipah, Malaysia in 1998. During this outbreak, pig was the intermediate host.

However, with subsequent infections, there was no intermediate host. The second outbreak took place in Bangladesh in 2004.

In this phase, the infection was passed to humans by consuming the date palm sap that was contaminated by infected fruit bats.

In Bangladesh 209 people were affected, of them, 161 died. Later the outbreak came to India especially to the region bordering Bangladesh Siliguri and Nadia in 2007.

Recently, the Kozhikode Medical College reported seven cases of Nipa Virus infection. All the victims are isolated to avoid human to human transmission.

The Kerala government is on the way to develop special wards in the private and the government hospitals to avoid the spread and stop people from panicking.

How Is The Nipah Virus Transmitted?

The transmission of Nipah virus to humans may occur after direct contact with infected bats, infected pigs, or from other NiV infected people.

Later in the second outbreak in Bangladesh and India, person-to-person transmission of Nipah virus was reported.

The infection was transmitted to the caregivers or family of the infected person and by consumption of raw date palm sap which was contaminated with the bat excretion.

What Was The Mortality Rate For The Nipah Virus?

In the first outbreak in Malaysia, 265 people were reported of the Nipah Virus infection. Off them, the mortality rate was 109.

In the second outbreak in Bangladesh, 209 cases were reported. Off them, the mortality rate was 161.

In India, just after the Bangladesh outbreak, 71 cases were seen. Off them, 50 died.

What Is The Treatment For Nipah Virus Infection?

Treatment of Nipah virus infection is still not found, only the supportive care is the key for the cure.

As the transmission occurs from person to person also, standard control practice and proper barrier nursing is the technique. The only drug effective against the virus is Ribavirin. Till now, there is no vaccination for the same.

Prevention From The Nipah Virus Infection

You must aware yourself of the signs and symptoms related to the infection.

If you notice any sign consult a doctor immediately. In addition to this, avoid personal contact with the infected person.