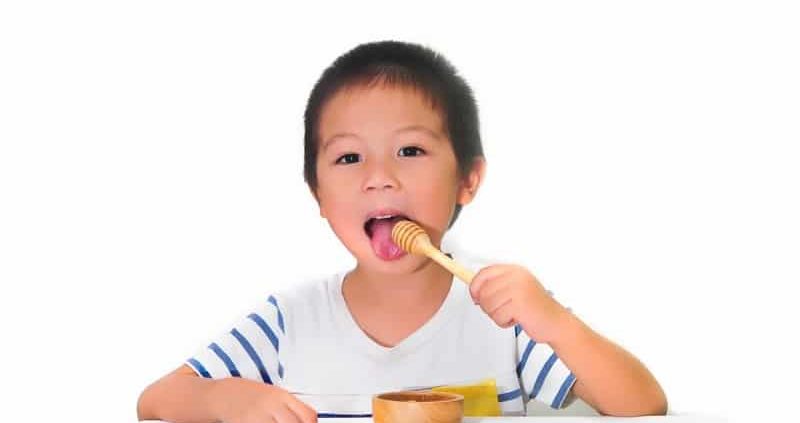 If you or your kid finds the problem while speaking, eating, or drinking due to their tongue which rests a way forward then normal. Then, this might be a case of Orofacial Myofunctional disorder.

It’s normal for a baby’s tongue to thrust forward while swallowing. Nevertheless, this behavior should go gradually as he/she grows up. To find out more about the disorder its causes, symptoms, and treatment read the article below.

What Is Orofacial Myofunctional Disorder?

Orofacial Myofunctional Disorders (OMDs) is a kind of disorder of the muscles and functions of the mouth and the face.

The simple definition of Orofacial Myofunctional Disorder is the abnormal movements or positioning of the tongue, jaw, or lips during swallowing or speech.

The most common form of OMD is tongue thrust. In this form, the tongue rest a way too forward inside the mouth or it moves forward during the speech or when swallowing.

The disorder does not affect speech at all but it might cause the sounds to be said incorrectly. With this condition, you might find it difficult to say z, sh, j, and ch.

In addition to this, you will also find it difficult to make sounds that involve tips of your tongue like t, d, n, and l. It can also cause a problem with teeth alignment and jaw functioning.

You can swallow correctly when the muscles between the face, throat, and mouth are fine. To swallow perfectly, the muscles and the nerves in the tongue, cheek, and throat should work together.

In a normal condition, the tip of the tongue presses the roof of the mouth just behind the front teeth. The tongue acts with other muscles to swallow and at the same time, the roof absorbs the pressure created by the tongue.

As you have to swallow a minimum of 600 times a day, an improper swallowing habit might cause a variety of issues. In a simple language with OMD, it is the resting of the tongue in the wrong place that causes problems.

You may end up keeping your mouth open all the time to help you breathe. This will eventually cause OMD. It won’t happen in a day but with regular habit, it can cause the symptoms of OMD.

Large tonsils and adenoids may block the airway and you might find it difficult to breathe. This will keep your mouth open to allow more air in. Keeping the mouth open and tongue out becomes a habit and eventually causes the Orofacial myofunctional disorder.

Thumb sucking, finger sucking, lip biting, fingernail biting, and teeth clenching are chronic bad oral habits. Over time, these habits change the shape of your mouth as you push your teeth forward when doing any of these. A dentist can easily make out such OMD habits and tell you whether you have OMD or not.

A few children have genetic tendencies towards these factors. The shape of your mouth and teeth comes from the genes. If your family has a history of allergies and tonsils then you might also be having. This eventually can cause an OMD disorder.

A continuous habit of nasal breathing or oral breathing can cause OMD over time. It is because the muscles adapt and the orofacial functioning disorders the breathing pattern causing OMDs.

Most of the babies have a habit to stick their tongue out and push the food out of their mouth. But once they start to talk and eat they do it less. If your child keeps doing this then he/she may be suffering from the orofacial myofunctional disorder.

The older children and adults who have OMD that must have started when they were young but it remained unnoticed.

If you swallow your food incorrectly, the tip or side of the tongue is pressed against or between the teeth. Constant pressure and thrusting of the tongue away from the roof of the mouth might push your teeth out of place. The pressure later in the longer run may prevent your teeth from erupting that is breaking through the gum.

Additionally, the other dental symptoms of the Orofacial myofunctional disorder is the improper alignment of the upper and lower teeth. This is also called malocclusion. This problem may cause difficulties during swallowing, digesting, and chewing.

The most obvious symptom of OMD is the disruption of facial structure. The incorrect oral posture involves face muscles. Over times, this gives a sluggish, fluffy, dull, and weak lips. This happens because the face muscles aren’t opening properly.

Constant parted lips with or without mouth breathing is another sign of the orofacial myofucntional disorder. Your mouth would be open while chewing food, while talking, while sleeping, and while breathing.

A person who swallows incorrectly will often tighten the muscles of the cheek, lips, and chin. It is often referred to as facial grimace. This results to give your chin a knobby appearance as the muscles in the chin are overused.

If you have an abnormal oral muscle pattern, then you might face difficulty with few sounds. The improper position of muscles in the tongue and lips prevents normal speech. For example, you might pronounce shock as thock.

This position over time can lead to TMJ dysfunction, stomach distress by swallowing air, airway obstruction, and other mild to moderate health issues.

Most often you might be unable to find out the trouble with eating as that has turned in to a habit now. The other unnoticed symptom of the orofacial myofunctional disorder is the coming out of the tongue far away from the mouth while chewing.

In this, you might push food from your lips and you put the tongue on the bottom of the glass to drink. You also might face trouble to drink with a straw and for you, eating can be messy.

You have to consult a few health experts to find out whether you have OMD or not. You have to contact a dentist, an orthodontist, and a speech-language pathologist, or SLP.

A test for allergies, tonsils, and adenoids is done. There is no test that can tell you have OMD or not but the facial structure is accessed to diagnose the disorder.

The treatment of orofacial myofunctional disorder mainly requires the speech-language pathologist. The SLP would assess the structure and the posture of your lips, cheeks, jaws, teeth, and their movement.

They access the way of speaking and the way to swallow solid and liquid food. Several pictures are taken to record the entire dental structure.

The SLP will rule out the cause and then depend on that will refer to an allergy doctor, ENT doctor, or to an orthodontist.

In addition to it, the SLP will guide you on how to use your tongue. Like he will tell you how to close your lips while talking or eating. They will also teach you how to improve the sounds and how to stop the sounds that come when you eat or drink.

Overall, the treatment of orofacial myofucntional disorder involves the following:

The treatment of OMD is hard if its underlying cause is not treated. The steps of treatment generally involve diagnosing the cause, treating the cause, and then improving the symptoms of OMD. The treatment is difficult if you have ongoing reoccurring allergies or adenoids, or large tonsils.

So first, you have to see your concerned doctor and then your SLP to cure the symptoms associated with the disorder.

It takes time you won’t let go of symptoms in a few days. But, you have to change your habit that might take a few months to years depending upon the facial muscles and habits.

When To See A Doctor?

If you face any of the symptoms, you have to consult the doctor as soon as possible. it is because the more time you take the more the facial muscles and its posture will alter.

Generally, the disorder develops from childhood itself. So, make sure to check his/her habits when eating, when speaking, and when drinking.

Most of the time the disorder is not noticed during childhood as it is considered a childish habit that will go with time.

However, we would suggest treating OMD  at an early age is always easy and even the chances of successful treatment are more.

Orofacial Myofunctional Disorder is a common disorder that most of the time remain untreated as it is often considered as a habit and not a disease. However, you should treat it as soon as possible as it may directly or indirectly lead to various health issues.

The disorder is not a life-threatening disorder. It is just a small improper habit that develops into a disorder over time.

The treatment is easy non-invasive but, it takes time to treat it completely. You have to undergo quite a few sessions with your SLP to permanently cure the symptoms of the disorder.

18 Effective Orofacial Myofunctional Therapy Exercises That You Must Try