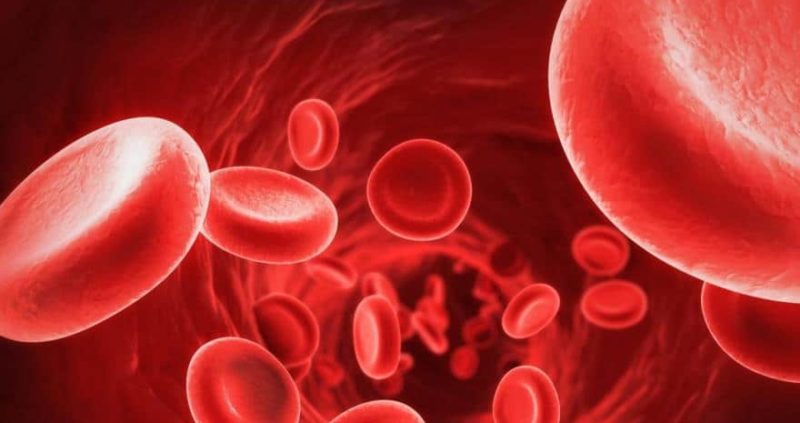 Poikilocytosis is a condition where the abnormally shaped Red Blood Cells (RBCs) constitute more than ten percent of the total blood content.

It is a condition that is often found in animals, both wild and domestic, especially in goats and young ruminants. Despite the rarity, it occurs in humans too.

The term ‘poikilocytosis’ is derived from the Greek word ‘poikilos’ which means varied. Poikilocytosis is an umbrella term to describe variant and abnormally shaped cells.

The blood plasma contains both RBCs and White Blood Cells (WBCs). If the amount of abnormally RBCs, also known as poikilocytes is in excess, it can harm the individual.

All recorded cases so far, however, have demonstrated that the total content of poikilocytes has remained close to ten percent of whole blood plasma.

RBCs are necessary to supply nutrients to every part of the body. Deformed cells can cause problems in this distribution. Poikilocytosis can block the flow of normal RBCs, and this can lead to some causes including dearth in blood nutrient supply, cardiovascular issues, breathing issue among others.

In some instances, the presence of poikilocytes can prove fatal.

Poikilocytosis occur in numerous shapes and can cause varied issues.

Shape: Resemble a bull’s eye with hemoglobin concentrated in the center

Other Facts: Appear routinely on blood smears and other relatively denser compared to their counterparts. When they are found in dogs, albeit the rarity, they have distinctive pale centers.

Other facts: In humans, the presence of sickle cells can be attributed to the genetic defect in hemoglobin.

The mutant hemoglobin ‘S’ if formed due to mix up of two substances in the blood, namely hydrophilic glutamic acid and hydrophobic valine. This poikilocyte, however, does occur spontaneously in animals.

Occurrence: They have been clinically recorded to occur in cats, dog, horses, and cattle

Other facts: Their rigidity causes them to have a short lifespan. They are resistant to osmotic lysis. Their early removal causes problems in the bone marrow.

Shape: Three-dimensional cell that are capped with an end resembling puckered lips

Other facts: Causes dwarfism in dogs, especially in Alaskan Malamutes. Hereditary mouth cells have been reported as well.

Other facts: Elliptocytes occur in three types and all three vary upon the elongation of the deviant cell.

Shape: Cells that look like have been bitten into

Other facts: Echinocytes are often considered as artifacts, leading them to be labeled with pathogenic influence.

Rattlesnake, vipers and coral snake venom consists of echinocytes. Snake envenomation can be blamed for the increase of burr cells.  After getting bitten, echinocytes can form and multiply in the plasma within twenty-four hours.

Shape: crescent-shaped with discoloration due to lack of hemoglobin.

Poikilocytosis is mainly caused due to the dearth of vitamin B12 and folic acid. When the intestine does not get sufficient vitamin B12, it can lead to poor absorption of folic acid and other nutrients.

This can prove fatal essential nutrients are requisite for a proper functioning of the body. RBCs are thus prematurely formed and these deviants can potentially harm the host.

Poikilocytosis can also be caused due to underlying conditions such as cancer.

Anisocytosis occurs when the patient is suffering from anemia, thalassemia or any other disorder of the blood. For instance, iron deficiency will lead the cells to smaller and in a deformed state.

The term anisocytosis is derived from the word aniso which means unequal.

Similar to poikilocytosis, anisocytosis has an array of symptoms which include-

The various causes of anisocytosis are-

If aforementioned irregularities persist, it is advised to seek a doctor. Medical diagnosis involves blood film test. To perform the test, blood is drawn from the patient and observed under a high-resolution microscope.

If any abnormalities are found, the patient is required to participate in further tests to derive to a logical diagnosis.

Other tests include bone marrow testing and differential blood count. The latter is a confirmatory test and confirms the number of abnormal cells in the blood plasma. This is usually taken after the initial blood film test.

Blood composition tests are also often conducted. Doctors often advise the patient take a hemoglobin test to count the RBCs in the blood.

This helps in the analysis the severity of the poikilocytosis invasion in the bloodstream and the actual cause of the condition.

The treatment varies according to the diagnosis. In case the patient is suspected to suffer from sickle cells invasion, they might be sent in for further tests.

Patients are also advised to take a more confirmatory test if cancerous poikilocytosis is suspected. In such cases, chemotherapy might be implemented.

If the poikilocytosis is curable, as most deviant cells are, simple dietary changes might be prescribed. Lifestyle changes need to be initiated; patients are usually advised to increase intake of required nutrients.

For instance, the patient is suffering from lack of vitamin B12; they will be provided vitamin enriched medicines.

Most diseases and abnormalities are reversible with advancing technology. Poikilocytosis is the same. Poikilocytosis can easily be reversed by taking prescribed nutrient revival medicines.

The RBCs are quick to absorb the previously lacking nutrients and return to their healthier condition in a few weeks. Despite the quick recovery, it is advised to take care of your health. As we all know, prevention is better than cure.

If the underlying cause of poikilocytosis can be detected, the patient can be relieved of the physical exhaustion quickly. Only by following the measures prescribed by the doctor, the patient will witness a speedy recovery.

Regular intake of prescribed supplements and vitamin enriched food will return the RBCs in the plasma to a healthy state. It is advised that the healthy lifestyle is maintained even after the duration of recovery is over.

Poikilocytosis is usually caused due to deficiency of vitamin B12 and folic acid. In such cases, patients are simply advised to take nutrient rick supplements till their blood plasma content returns to normal.

Folic acid is essential as it assists with growth and development of RBCs. RBCs suffer from stunted growth due to irregular levels of folic acid or iron deficiency. Intake of iron-rich food also shows an increase in the number of RBCs.

Patients are advised to follow their diet charts. These include a regular supply of vitamin B12 and iron.

Foods that rich in proteins, animal proteins, soy proteins, lentils and whole grains help with increasing the nutrient content in the body and assist with stabilizing the intestinal functioning.

It is important that the intestine is in a healthy condition because nutrients from foods are absorbed here.

Foods such as legumes are also favorable. Leafy vegetables are known to house numerous nutrients and are rich in iron.

Guess what moms said about taking our veggies on time proved to be the necessity.

In exceptional cases where the patient is diagnosed with celiac disease, patients are required to chart a gluten-free diet. Wheat, soy and plant-based meals are suitable.

In conclusion, patients are advised to take the following regularly:

In case the doctor confirms the patient to be suffering from blood cancer due to excess of poikilocytosis, the patient might have to undergo chemotherapy.

A Speedy recovery is possible under a proper, healthy regimen. It is advised that tests are regularly conducted so that development of variant cells can be detected early on. Patients who are diagnosed to have poikilocytosis are required to follow their doctor’s instructions.

They are also advised to take tests at regular intervals to ensure their body is not lacking the required nutrients. Maintaining a healthy lifestyle can help prevent poikilocytosis. Prevention is better than cure indeed.

If the symptoms persist, make an appointment to your nearest doctor as soon as possible.