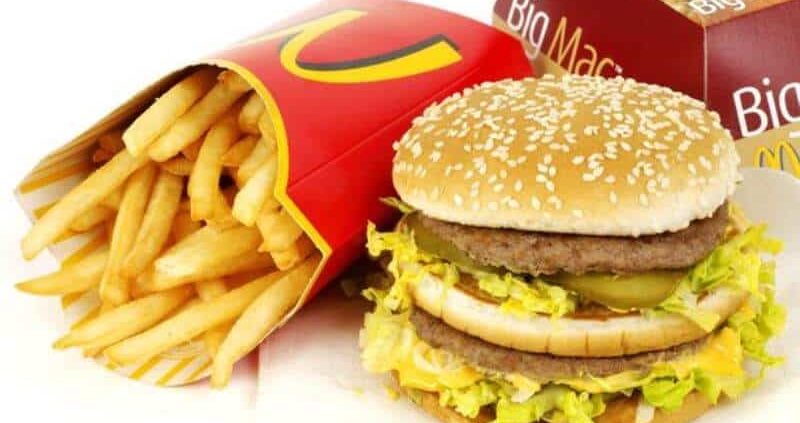 I know the title itself may have left many of you Disgusted. But this news took the social media by storm around two years back.

It happened when A woman named- Lisa McDowell (31) from Michigan claimed to have found semen in her McChicken sandwich. She said that midway of eating the burger, she found the texture a little different yet familiar. Yes, Ironical right? I’ll tell you How!

The taste and texture of the mayo were different from the usual McDonald’s mayo. But how was she so sure about it being semen? To justify this, she said ‘The Texture Was Familiar.’

“On Birthdays and holidays I give my man a bit one thing extra within the bedroom. So when I licked the mayo off of the bun, the feel was acquainted.”

Not very ironical now I believe!

The reports claimed that she then alerted the manager. He brushed her off, and that’s when she went to the health department.

Health department on investigating the mayo sample confirmed that Lisa had ingested two different types of semen. Adding to the entire drama, the lady claimed to have developed red rashes around her mouth. The rashes were later identified as Herpes.

The manager further being charged with allegations of the same, fired the accused workers. He then claimed that the management can’t keep an eye on each and every employee. They can only hope to hire people who meet their company standards.

This is what the news stated, But wait a minute! How much of it is true?

The entire story was just an internet Hoax. It was a part of the super-viral internet hoaxes-“the found semen in my food”- Hoax. This trend became prevalent almost a decade back, and many similar incidents were reported. For, eg:-

A woman claimed to have got syphilis in her mouth after consuming semen- contaminated food at the olive green restaurant in Lowe.

But How Can We Be So Sure That It Was A Hoax?

One of the biggest reasons behind this being a total hoax is the claim that the woman got HERPES after consuming the contaminated burger.

If the Woman had eaten a semen-contaminated-burger, she would not have contracted herpes. This is because HERPES SPREADS VIA DIRECT CONTACT  AND NOT SEMEN.

This disease spreads through  skin-to-skin contact. The infection needs to be active on the skin to spread.

So all those who have been turning down those amazing McDonald’s Burgers after hearing the news, You have nothing to worry.

The report is a complete hoax. You can finally grab those yummy burgers. Also, spreading such stories is sickening. Such hoax’ misguide people about sexually transmitted diseases leading to greater myths and confusions.