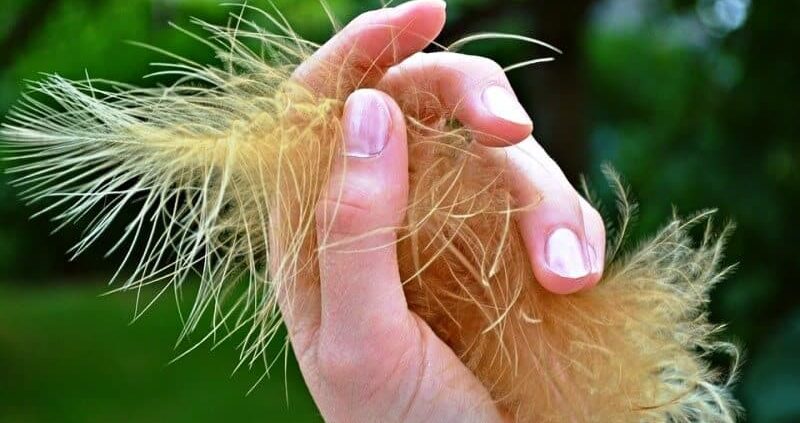 Are your nails looking like a spoon? Have they become thin and brittle?

BEWARE! Because these are the symptoms of a disorder known as ‘Spoon Shaped nails’.

But don’t worry, this article will tell you how can you get rid of spoon-shaped nail by using natural home remedies.

What Is Spoon Shaped Nails?

Spoon Shaped Nails is a disorder in which there is a concavity in the fingernail itself, which results in a depression in the nail and looks like a spoon. It is medically known as ‘Koilonychia’. It is a part of Nail-patella syndrome.

Koilonychia is derived from a Greek word which means ‘hollow nail’. In this disorder, there are abnormally thin nails observed (usually of hands), which become flat or concave in shape.

Spoon-shaped nails, as it is known commonly, has different stages. Each stage has its own symptoms and effects. Early stages are hard to recognize, but later stages can prove dangerous to health.

The nails become flat or concave in shape. This stage is very hard to recognize and is quite harmless to the patients. Still, this stage should not be ignored and patients should consult a dermatologist.

In this stage, the nails will have the indent in the middle of it so deep that it can hold few drops of water. Also, the nails split at the center, resulting in flaring out of nails at sides. Also, the skin surrounding the nails becomes dry.

What Is The Cause Of Koilonychia(Spoon Shaped Nails)

This disorder has many different causes. It may also be a result of some other disease.

Following are some of the commonly noticed causes of Spoon-shaped nails:

This is considered to be the major cause of this disorder. Iron deficiency is the commonly observed cause for koilonychia.

This is a disease wherein there is the excess of iron available in the blood. This can also cause spoon-shaped nails.

In this disease, the blood supply to fingers and toes is affected, thereby resulting in thin and white nails.

The immune system is attacks the body tissues and cells. This is a very uncommon condition.

This is also a major cause observed for Spoon-shaped nails.

This disorder is observed in children who use poorly fitting footwear or very stiff footwear.

If the disease is inherited, then there are many nails that are affected by such concave dip.

Also, it is a part of ‘nail patella’ as seen above which is itself a hereditary health disease.

Constantly biting, nipping, and stroking nails can cause damage to them and give them a concave shape. In this case, only the nails that are harmed by the person get affected by this disease.

Koilonychia can also be caused due to severe trauma to the nail matrix. This is the easiest form of this disorder to recognize as it causes severe pain to the patient.

10. The Consequence Of Other Diseases

It can also be caused as a consequence of other diseases like lung disorder, tumors etc.

Following are the symptoms of spoon-shaped nails:

The nails get thinner at the center and projects outwards. They become brittle and break easily.

Due to secondary infections, the color of the bottom nail may change. It may become yellow, green or blue-black.

The nail surface appears dry. This leads to easy extraction of the nails.

There could be severe pain and swelling observed in a case of trauma. The nail also may come out of the nail bed.

As Spoon-shaped nails is a result of anemia, the individual may show signs of malnutrition. The patient may suffer from weakness.

Sometimes, the nails may come out of the nail bed.

As the patient is suffering from anemia in most cases of koilonychia, he/she may also suffer from breathing difficulties due to anemia.

This disorder is considered harmless for patients and can be cured using different methods. Treatment varied from patient to patient.

Following are some of the treatments used for using this disorder:

As Koilonychia is mainly caused due to iron deficiency, therefore taking an iron supplement can cure this disease. But, this has to be taken in consultation with the doctor.

Use rubber gloves if your hands are constantly in water or any liquid. Using rubber gloves will prevent nails from getting wet and becoming brittle.

Frequent intake of Coffee leads to slow absorption of iron. So, decrease the intake of coffee to avoid iron deficiency.

Home remedies are easy and safe. They do not have any side effects. Home remedies prove to be very useful in curing diseases.

Like any other disease, Koilonychia also has home remedies which are listed below:

A Proper diet should be taken so that there is the adequate intake of iron and all other vitamins and minerals.

Keep your nails moisturized using a cream or body lotion.

Use Lavender oil and massage your nails so that they get proper strength and care.

Keep your nails short so that they don’t get brittle and break. Also, short nails are easy to maintain their hygiene.

Apply lemon to your nails which keep them clean.

Biting nails or picking up cuticle can cause damage to the nail bed; therefore these habits should be avoided.

8. Say NO To Artificial Nails

Below the artificial nails, moisture gets accumulated. This provides the home to bacteria, fungus etc. thereby giving rise to infections.

These are some of the home remedies used to cure koilonychia. Try them because they are safe and are not expensive.

So, Koilonychia though is not a serious disorder, but may be dangerous if ignored completely. Early symptoms should be observed properly and treated as soon as possible so that it is completely cured.

As nails are the window to our health, we should maintain their hygiene and stay healthy!

How To Get Rid Of Bruised Toenail Fast

Home Remedies To Get Rid Of An Ingrown Toenail

How To Do Manicure At Home

What Is Cuticle Oil? How To Make It?

Home Remedies To Get Rid Of Hangnails

How To Get Rid Of A Pimple On Your Nose Overnight?