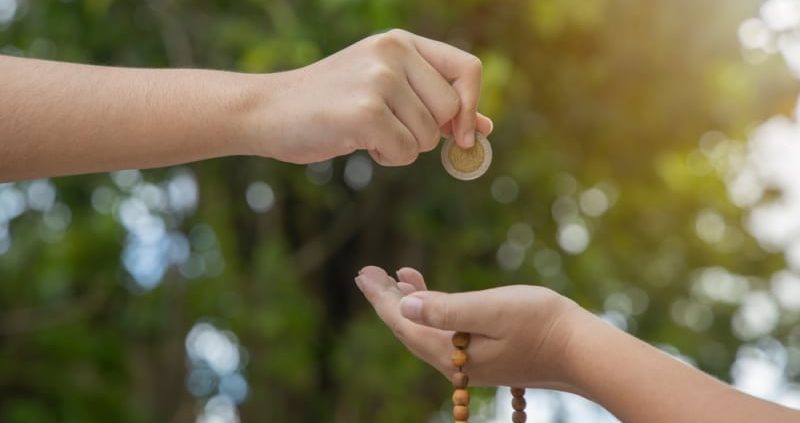 You may be thinking what the difference of this form of charity is compared to others and why is it so important to Muslims. Well Zakat is not just voluntary charitable offerings it is one of the five fundamental concepts ordered by God and is paid upon specific assets. However, the Muslim individual must be capable but if they are unable to meet the certain conditions, they are exempt from giving it.

Zakat being the third pillar of the five fundamental concepts it signifies the deep significance of charity in the Islamic faith. Muslims believe it is a form of confirmation and validates one’s faith in Allah SWT (God) and is a form of proof of it.

A capable Muslim must be able to meet the minimum requirement which is also termed as the Nisab threshold (minimum amount of wealth accumulated). Nisab is customarily 2.5% of one’s wealth that should be donated before the end of the lunar year (Islamic Lunar Hijri calendar). The Nisab threshold includes wealth that is accumulated through savings, gold and silver, investments and loans and debts. The process of paying Zakat can often be confusing and complicated which is why many charities have created calculators making the process much easier and more understandable.

On the flip side a question which occurs often is who is entitled to receive Zakat. This is a very understandable question as of course people would like to know who they can help and aid with their Zakat donation.

Being knowledgeable in this area is crucial in the Zakat process as Zakat is not only about physical charity but it is a spiritual obligation and virtue.

“Whoever relieves a believer’s distress of the distressful aspects of this world, Allah will rescue him from a difficulty of the difficulties of the Hereafter. Whoever alleviates [the situation of] one in dire straits who cannot repay his debt, Allah will alleviate his lot in both this world and in the Hereafter.” (Hadith, Muslim)

Zakat is an excellent opportunity for observation of one’s moral qualities and self-control. Encouraging the Muslim community to humble themselves and implementing the concept of objection to extravagance and materialistic possessions. Reminding Muslims that the ultimate ranking of our success is not determined by the worldly wealth they accumulate.

In Islam everybody within the community is perceived as your brother and sister in faith no matter the gender, ethnicity, age or wealth as they are all united in the praises of one God. This belief also stems from the understanding that all humans are the children of Adam, so they have a duty of taking care of each other.

The guideline for Zakat is that it must be distributed amongst the poor and needy however they can not just be anyone. The recipients of Zakat must not be apart of your immediate family in the terms of wife, children, parents and grandparents as it is decreed prohibited to do this act. An exemption to this rule is that husbands are eligible and entitled to receive Zakat from their wives however the money donated must not be misused or benefit her in any way.

To simplify the reason why husbands are eligible to receive Zakat is that in Islam Husbands are obliged to provide for their wives and family. However, whatever the wife earns is only her money as she is not obliged to share it in any way so Zakat can be given from a wife to her husband and a form of charity.

In the Quran the holy book in Islam it explicitly states who is eligible for Zakat. “Zakah expenditures are only for the poor and for the needy and for those employed for it and for bringing hearts together [for Islam] and for freeing captives [or slaves] and for those in debt and for the cause of Allah and for the [stranded] traveller – an obligation [imposed] by Allah. And Allah is Knowing and Wise.” (9:60, Surah Tawbah).

How To Cope With Irritable Bowel Syndrome