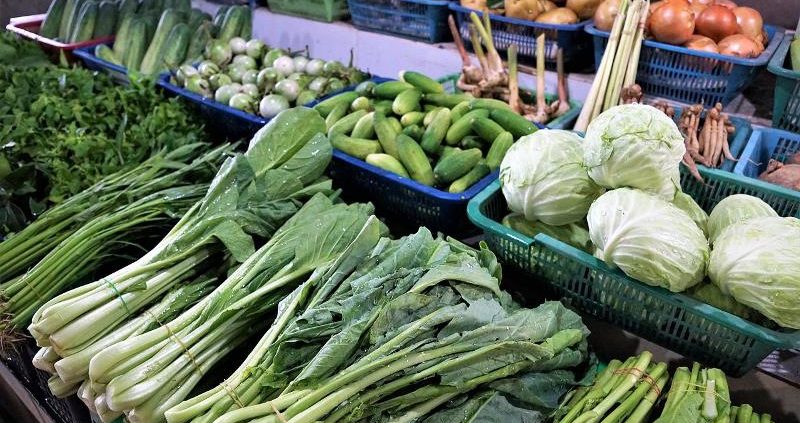 There are a few measures that a person can partake in, in order to maximize the benefits one derives from their sustenance. And that can be done without having to cut-off meat and such products completely- by adapting the dietary routines to fit one’s plan to inculcate a more plant-rich diet.

Plant-based foods are items such as vegetables, fruits, whole grains, legumes, nuts, and occasional meat and fish and dairy products- with more emphasis on raw, unprocessed, and whole foods, rather than packaged, processed items.

Benefits of a plant-based diet

The benefit of a plant-based diet over the typical meat-based one is primarily the sheer amount of resources it is needed to sustain each such diet for the choosing of the common consumer.

Not only does the meat industry utilize and exploit a large number of farmlands and water for sustaining the livestock- but it also impacts the environment with irreparable damage in ecological terms.

Apart from that, there are numerous health benefits to opting for a plant-based diet over the alternatives. One of the most commonly sought effects of such a plant-rich diet is the impact it has on a person’s body weight management- for plant-based diets have shown to be drastically better at allowing for proper weight management from the consumer’s perspective. Cutting down on meat benefits the weight-focused planning of the user in a robust manner.

Of course, with better weight management, there are other compounding factors that fall in line- such as lowering the risk of heart disease and other conditions affecting one’s health.

Diabetes is one such ailment that is either prevented entirely when eating right and following a plant-based diet- or even productive treatment of it based on what one consumes. The underlying cause of many complications in one’s health prognosis- prevention of diabetes is quite a feather to have in one’s cap on the road to fitness.

It also improves kidney functioning and ensures that our circulatory system is sustained and maintained properly- with a scope for the ability to accommodate lifestyle changes and pressures.

What’s more- plant-rich foods also counter rising cholesterol and help the heart intrinsically. It also has a direct correlation to the fitness levels of the brain- keeping it strong and fighting fit.

A plant-based diet has also been shown to reduce inflammation and aches in our joints and muscles- without supplementing the diet with artificially induced nutritional compounds and minerals.

Not only does the plant-based diet plan help in replenishing nutrients in nature- by way of allowing for proper sustainable methods of cultivation, but it also helps in heralding the manner of crop production which is not detrimental to the ecological surroundings. Nutrients that end up back in the soil are then absorbed in the next batch of food grown- thus making their way to our plates.

Restoration of the farmland to its former nutrient-rich state by adopting an ecologically progressive and restorative manner of food production only furthers the extent of a positive impact on the surroundings.

A balanced, thought-out manner of crop production would help in ensuring that the brunt of the ever-growing population on our planet in terms of our dietary needs and wants does not bring the environment to its knees.

An added responsibility of such plant-based diets on us is the need to promote an inter-mingling connection between the market and other places to trade their goods in.

Communities involved in farming and producing the components for a plant-rich diet, need to be promoted and catered-to to help the farmer be connected with the end-user. The reconnecting of the producer to the consumer’s ideology behind choosing the diet leads to a finer consensus amongst the maker-consumer.

Not only shall the plant-based diet for the masses be a turning point in the battle for the environment ongoing at the moment- in terms of improved stability in the marketplace related to food consumption, it also helps us here in the much-needed sustainable growth plan for food in our farmlands.

The ecological impact an individual has on nature can be presented as the number of resources they consume in order to sustain their living- and such a plant-rich diet would help in pushing for a balanced, ergonomic impact on the environment- much akin to leading a charge against the ill-effects of farmland production of meat-based foods.

A plant-based diet has a plethora of benefits when implemented for individuals over a larger extent- much beyond what has been put forth here. What is essential is the readiness of the masses to accept changing their food habits in a subtle, yet firm manner- as with 86% of people on the planet consuming meat of some kind, even a reduction in the amount of meat consumed shall be enough to have a global impact on the sustainability of the planet.

Together, we can strive to achieve the goal of leaving the world a better place- even if the only thing one wants to do is to reduce the amount of non-sustainable foods on one’s plate.