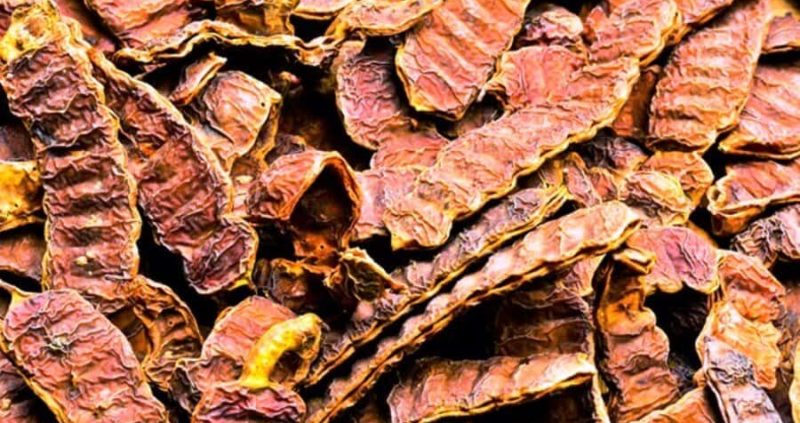 Shikakai is well known for herb which has been used since ages for hair growth,arresting hair fall and other skin conditions.

Shikakai powder has been used as a hair pack,herbal shampoo,hair wash product.A Shikakai is a climbing herb and it belongs to the family of shrubs.

It is perennial that is it grows in various regions of India as well as Asia throughout the year.It requires a moderate climate to grow and can best grow in tropical climates. It has a height of about 10 metres.

It is also a highly effective astringent, as well as an excellent analgesic too.

Shikakai is a bit dry substance thus, it must be ensured that it should be mixed with some moisturizing material to make it a good conditioner.

The tree of Shikakai or the Shikakai herbs serves as the food for the babies of the butterfly that is the larvae.

The main content of the fruits of the Shikakai tree are the Alkaloids . The main constituents other than the alkaloids are the acids like the Oxalic, Tartaric, Citric, and Ascorbic. It has a very bitter taste.

It contains vitamins like Vitamin A, Vitamin C, Vitamin D and Vitamin K and many other anti-oxidants.

Thus, Shikakai is also known as the “CLEANSING AGENT THAT IS MILD IN NATURE” in India and also in other parts of Asia.

Shikakai is an excellent ingredient for hair treatment and is mixed in various herbal shampoos.

A. Shikakai For Hair 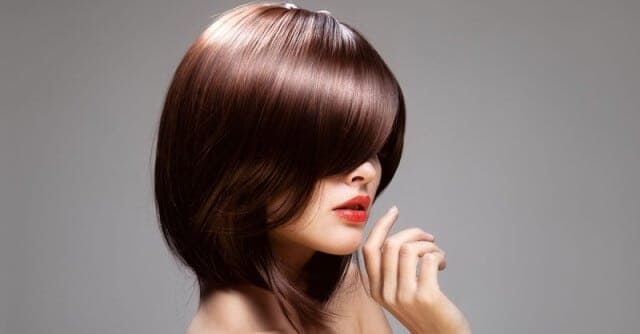 1) Mostly in the Indian continent, Shikakai has been used for hair care or its treatment since a very long time. It is very useful as it has proved to be a natural treatment and that too exclusive of any chemical substances.

2) It is a medicinal herb or a plant that is Ayurvedic in nature.

3) It is also given the name of “FRUIT FOR HAIR” and is commonly used as shampoo for hair since the ancient times.

4) The shampoo containing the ingredient Shikakai does not produce a lot of lather as the other shampoos that contain sulphates do, but then too it serves as an excellent cleanser.

5) Shikakai is also useful and is mild in nature. Thus, it does not harm the body in any way when consumed or applied.

6) It is also of great use as it has a low pH value, thus harmless by nature.

7) It does not lead to loss of hair when applied on the hair.

8) After applying Shikakai, one does not require any sort of conditioners as it is itself a very good conditioner for the hair.

10) It can even be used for making hair packs that have proven to be good conditioners for hair and even provide a shiny look to the hair once washed by removing the roughness and dust particles without any hair loss.

11) In order to produce lather as the other shampoos do, Shikakai is generally mixed with a substance known as Reetha. It is also known widely as soapnut.

12) It is the best ingredient to remove the dryness of hair and to make the hair softer, making it detangled more conveniently. It does not remove the natural oils that are already present in our hair and are essential for the head and the hair to grow naturally.

13) Shikakai, on the other hand also makes the hair grow longer and thicker by making its roots stronger and healthier as compared to the other herbal shampoos.

14) Apart from its use as a shampoo, it can also serve as a constituent of the oils that can be applied to the hair for best results.

15) It makes the hair grow beautiful and radiant enough.

16) It also aids or helps in restoring the amount of moisture of our hair and keeps intact all the naturally occurring minerals that are already present in the hair to keep them nourished.

17) It can also be used to keep off the lice, worms, germs and various sorts of infections that might occur in the scalp or hair in our head. Shikakai, when mixed with yogurt, can serve as the best treatment for hair and its natural growth.

18) It also prevents a lot of hair loss that normally occurs and even prevents the hair from becoming white.

19) It contains nicotinic acid and various types of proteins that can be used to nourish the hair with a variety of micro nutrients.

It also prevents the hair from having split ends. It even helps in controlling and curing the premature growth of gray hair at an elderly age.

20) Shikakai when mixed with olive oil and camphor serves as the best ingredient for curing or for removing lice from the hair.

21) It can also be used for the treatment of baldness

B. Use Of Shikakai For Treating Dandruff

Use Of Shikakai For Treating Dandruff

1) Its leaves are even used for the treatment of dandruff and thus, is a content of shampoos that have anti-dandruff properties or features and anti-dandruff conditioners.

It has various properties like the anti-fungal properties that make it best suited for treating dandruff.

This way it nourishes the hair scalp and relieves you from the itchiness from the scalp during bad weather.

C. Use Of Shikakai As A Detergent

1) A constituent called as Saponion that is present in the pods of the fruit of this tree are being used as detergents widely.

In Bengal, it is also used to poison the fishes. Thus, Shikakai has also proved to be a useful marine toxin as well.

D. Use Of Shikakai For Treating Various Skin Related Diseases

1) It is also used for treating various skin related diseases like treating the skin if it becomes dry or can also be used for the treatment of a disease known as scabies, which is also a skin disease.

2) It also serves as the body wash. For this, first rice must be cooked and steamed properly with an excess of water than is usually required.

The water that is left over after some heating can be mixed with Shikakai and can be used as a body wash, especially recommended to those who suffer from skin related diseases and skin infections.

3) It also serves as an antiseptic and can also be used to cure wounds and cuts that can occur on the scalp or any other external body parts.

4) Shikakai when mixed with turmeric paste that is itself a very good healing material, can be used to cure scabies, a related skin disease.

1) Another advantage of using Shikakai is that it is also used in the treatment of Black fever or the fever that occurs during the time of malaria.

2) It also helps in making the mouth fresh as it is used to remove bad smell. It also cures various diseases of the throat like pain, infections, ulcers or boils in the gums.

4) It also reduces the chances or makes the circumstances healthy and helps in preventing the chances of occurrence of diabetes.

5) It also lowers down the body cholesterol and even controls the blood sugar levels from becoming too high or even too low.

6) It also helps in curing several stomach disorders like constipation and also improves the flow of excreta or urine out from the body.

7) It is an effective ingredient in the contraceptives that can also be used in controlling unwanted births diagnosed at earlier stages.

8) It also adds a different flavour of taste to food and can be effectively used to make chutneys and jams.

9) Shikakai can be effectively used as a treatment for preventing the age spots by adding it to any naturally grown fruit and then applied on the skin or face properly.

10) Shikakai, when mixed with lukewarm water can be used to treat various gum diseases.

11) The pods appearing in the fruits of the Shikakai plant or tree can be very useful and can be effectively used in curing the disease known as leprosy, by applying it to the affected wounds.

12) It even has benefits as it can be very useful in the treatment of a death causing disease known as jaundice and helps in smoothening of the frizzy and very dull hair.

13) It is well known for its characteristic of rejuvenation. It even helps in controlling the growth of various glands like the sweat glands and oil causing pigments that are present in our head or in the hair

How To Consume Shikakai For Better Health Benefits?

1) For best use, the pods of the fruit, the leaves of Shikakai and the bark of the Shikakai plant are taken and are dried to the maximum.

This dried material is then crushed and grinded to form a powdered material and then it is turned into a paste.

2) It is generally available as a fruit in the markets or powdered form.

3) It can also be used by boiling it properly with coconut oil and can then be used as an oil treatment for dry hair or dry scalp.

4) Some dried pods of the fruit of Shikakai can be soaked with Reetha and amla that is dried in any liquid or water throughout the night.

The next day those pods present in the Shikakai fruit must be boiled properly until they become too soft, and then finally mash them up with your hands.

This mixture must then be left for cooling at the proper temperature and strained. It can then be used as a shampoo for best hair wash and treatment, thus proving its worth as shampoo.

5) For the treatment of dandruff, or making any sort of hair packs, Shikakai powder should be mixed with dried amla, healthy green leaves especially neem.

Then this mixture must be boiled properly at a suitable temperature for around 20 to 25 minutes and then left for cooling.

After it is cooled, the mixture must be blended with hands properly and crushed, mixed with any liquid or water for proper mixing and finally applied to the hair for the treatment of dandruff.

6) Shikakai, when used as a shampoo, must be used in the form of a paste and then applied gently over the scalp.

7) It must be remembered that Shikakai must be stored in very clean, dry and cool containers.

It is an advantage that it is easily available too at various medical stores, food departmental centres and beauty salons.

Side Effects Of Using Shikakai

1) It can cause various diseases like several respiratory diseases, one of them being asthma.

2) It can also lead to gastric problems in the stomach and can also cause bloating.

3) The seeds that are left over once Shikakai is boiled with warm water can be harmful if consumed.

So, now after reading the uses and side effects of Shikakai, we can say that it is useful and inexpensive, found easily at various general stores, nourishes the hair and is also used for curing various skin related diseases, leprosy, diabetes and for treating dandruff. Thus, it is safe and you can use it.