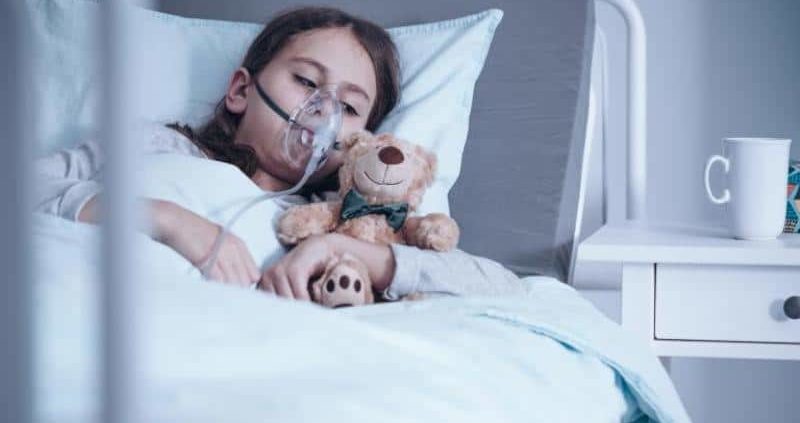 More than 30,000 Americans are living with cystic fibrosis, a life-threatening disease characterized by frequent lung infections and poor respiratory function. Cystic fibrosis is an inherited genetic disorder, meaning you can pass the abnormal gene responsible for the condition on to your children. Fortunately, there are relatively easy ways to determine your risk.

What is Cystic Fibrosis?

Cystic fibrosis is a progressive genetic disease that causes mutations in the cystic fibrosis transmembrane conductance regulator (CFTR) gene. If the cells in the CFTR gene don’t function properly, they’re unable to carry chloride, a component of salt necessary for attracting water.

If the cells inside the CFTR gene are unable to attract water, the mucus inside internal organs becomes viscous and sticky. This is especially dangerous for the lungs because the mucus there can trap germs and bacteria, increasing the risk of infections, difficulty breathing, and respiratory failure.

Cystic fibrosis affects the pancreas as well. Over time, the buildup of mucus prevents the release of digestive enzymes, causing nutritional deficiencies and stunted growth.

What is the Inheritance Pattern for Cystic Fibrosis?

Cystic fibrosis is inherited through an autosomal recessive pattern. In order for a child to be at risk, both parents must carry an abnormal copy of the CF gene. If both parents are carriers, there’s a 25% (or one in four) chance that their baby could be born with cystic fibrosis.

How Can I Determine if I’m a Genetic Carrier?

If you’re concerned about being a genetic carrier, consider comprehensive carrier screening. Carrier screening is a quick, painless blood test that’s capable of identifying the more than 1,000 mutations known to cause cystic fibrosis.

During carrier testing, your doctor draws a sample of blood and sends it to a genetic laboratory for further analysis. Carrier testing accurately identifies between 85-90% of genetic carriers.

If carrier testing determines that you and your partner both carry the gene for cystic fibrosis, and you’re already pregnant, your primary care physician or OB/GYN may recommend additional testing, like chorionic villus sampling or amniocentesis. These outpatient screens can assess if your growing baby has two copies of the CF gene mutation.

What are the Symptoms of Cystic Fibrosis?

Common symptoms of cystic fibrosis include:

What if My Baby is at Risk of Cystic Fibrosis?

If you learn that your baby is at risk of developing cystic fibrosis, your primary care physician can refer you to a genetic specialist. They can explain your results thoroughly and help you better plan for the future.

5 Myths About Your Ostomy & Real Truths Behind Them