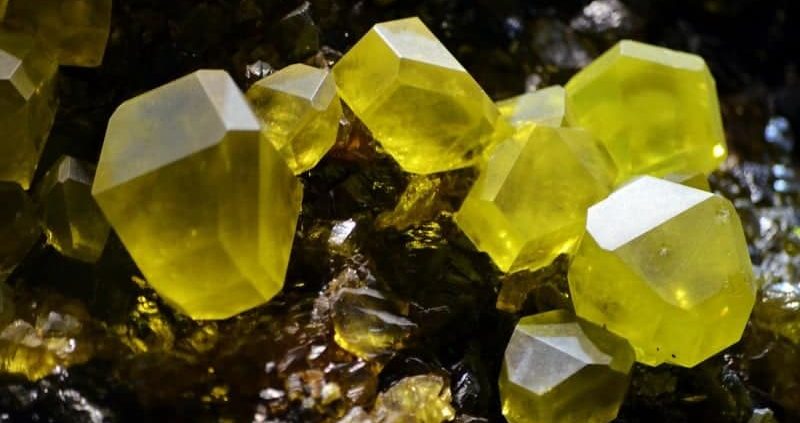 Sulfur is a basic building nutrient needed by our body to keep us healthy from top to toe.Organic Sulfur comes in crystal form. The crystals are a natural and concentrated source of organic sulfur. Sulfur is an essential requisite of our body.

Additionally, the health market has the readily available powdered form of sulfur. This powdered formed is called as methylsulfonylmethane or MSM.

However, the powdered form is not that great. It loses it potential when processed into powder.So, the organic sulfur crystal is the purest form of organic sulfur available in the market that is safe for human consumption too.

Organic sulfur crystals aren’t a medical drug or a supplement, rather it is a natural nutrient needed by our body to function properly.We get sulfur from our diet through fresh organic food items but the industrial diet has disrupted the natural form.

The industrialized food form has a large amount of processed chemical food rather than the pure nutrients needed by our body. So, one should intake the natural organic sulfur crystals for good health.

There are numerous health benefits that come up by including sulfur regularly in your diet. A few of the top benefits are underpinned below:

Sulfur is the third most abundant mineral in the human body. Half of it is present in muscles, bones, and skin.

It is responsible for making the essential amino acids required to form protein in the cells, tissues, enzymes, and hormones.

Our body uses sulfur daily to remain healthy and keep it away from any ailments. Thus, sulfur should be taken in the regular diet as a part of healthy nutrition.

Organic sulfur crystals help the body to enhance the enzyme production in various parts of our body.

This helps the body to fight different diseases and maintain the ability to act actively when exposed to dangerous foreign substances.

With a health sulfur intake, the production of enzymes increases. With this increase, the body’s ability to fight back also increases. Thus, it helps to keep the various type of illness at bay.

We all know we wouldn’t be able to survive without oxygen. Nevertheless, oxygen is not only needed for respiration by also it’s movement throughout the body is essential for the vital functioning of the body organs.

Sulfur actively enables the transport of oxygen to various parts of the body. Our body needs oxygen for regrowth of cells, the same way a healthy amount of sulfur in the diet can lead to resilience to cancer cells.

Since sulfur adds oxygen to various body parts, this creates an aerobic environment where the cancer cells can’t grow. Stopping the growth of cancer cells prevents its progression.

Sulfur is required for insulin production. With an insufficient amount of sulfur in the body, the pancreas is inefficient to produce the required amount of insulin.

Sulfur detoxifies the entire body at the cellular level. A healthy body absorbs all the nutrients and releases all the toxins and waste products.

Organic Sulfur enhances the glow of the skin and reduces scarring too. The collagen in our skin depends on the sulfur for its rejuvenation.

So, for a fresh and vibrant skin, you should include sulfur in your daily diet. Not only this, if you suffer from pimples or acne try this natural ingredient for a pimple free face.

Health experts suggest organic sulfur crystals as an effective pain reliever. The organic form of sulfur is a natural analgesic as it interrupts the pain signal when going to each nerve fiber.

The organic sulfur crystals have an ability to bind to the mucous membrane and form a natural block against the allergens.

It can also reduce allergies by detoxification of the body and by increasing the cell permeability.

Researchers claim sulfur as an excellent histamine inhibitor. With all these properties our body develops a strong anti-allergic effect.

Organic sulfur crystals are non-toxic to our body. They are made from readily available natural sources of nature. You just need to know the optimal amount needed for our body.

You can consume these crystals with your regular medication too. It is because they don’t interact with the medical drugs.

However, if you suffer from cardiovascular issues or regularly take aspirin you should not intake sulfur crystals as they may lead to dangerous health issues.

The organic sulfur crystals are absolutely safe without any side-effects. However, if you are a breastfeeding mother or pregnant do consult your doctor before consuming it.

Sulfur exists in both mineral and organic forms. Sometimes organic sulfur is also referred as Methylsulphonylmethane (MSM) sulfur and is commonly confused to be same.

However, MSM and organic sulfur are slightly different from each other. The differences are explained below in detail:

Organic sulfur is an organic white crystalline form of MSM. It does not have any anti-caking agents and fillers. It is different from MSM products.

The bitterness level you sense is the indication of how sulfur-deficit is your body at that time. So, if you have been eating acidic food than you won’t feel the bitterness of the product.

29 Health Benefits Of Eating Radish That You Should Know