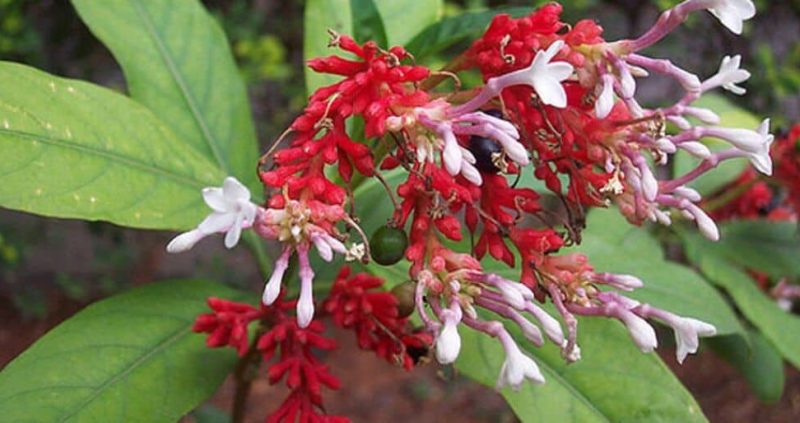 Snakeroot being antipyretic is highly effective to fight against fever, both in mild as well as in chronic stage and is said febrifuge. Snakeroot is beneficial for insomnia, hence is referred as a tonic sedative.

Sarpagandha is also known as snakeroot is known to acts effectively against poisonous bites. It has extensively used in Ayurveda to treat various diseases.

This herb called “Snakeroot” or commonly known “Sarpagandha“. It is the best remedy to cure such toxic bites. It holds the biological name, Rauvolfia (Rauwolfia) Serpentina. The perennial herb is rich in alkaloid content.

With the presence of the carbohydrates, alkaloids, glycoside, phenols, flavonoids, phlobatannins, resins, tannins, terpenes and saponins, in the plant, it is found to cure various disorders.

Blood pressure implies the force strive by the blood against the walls of the blood capillaries. It is evaluated by the amount of blood that our heart pumps. Common symptoms that reveal hypertension are the lack of oxygen, headache.

It can be caused due to obstructive sleep, or some heart relating disorder may be due to over limit alcoholic consumption.

Reserpine is an alkaloid constituent which has sedative effects, it works significantly lowering catecholamines level in androgenic nerves and the heart. Noradrenaline, dopamine and epinephrine(adrenaline) are the group of hormones collectively known as catecholamines.

When produced in adrenal glands are released into the bloodstream which results in emotional stress. Snakeroot is called as universal medicine to lower the blood pressure.

Once a day take 1-2 gm of Sarpangandha powder.One can opt for the paste of roots of Snakeroot, mix it with rose water and rock candy ameliorates. It helps to relieve mental stress, headache and gives sound sleep.

Insomnia is a very common ailment, which implies difficulty in falling asleep. In Ayurveda, it is believed to be caused by degradation of (Vata dosha). It is short-term or chronic, depends on, however, short-term insomnia, only last for 3-4 months. It occurs in 20% of the people, but chronic ones occur only to 10% of people.

Tranquilizer helps a person to sleep, it is a drug that acts on the nervous system and is used to reduce anxiety and calms the mind. Its property of tranquility helps to cure insomnia.

For curing insomnia, Snakeroot powder works beneficially when taken along with ghee.

It occurs when some disorders of the body get accumulated in the brain thus produce the features depending upon the predominance of one of the disorder over the other.

It is the brain disorder and caused to have repeated attacks which occur when groups of nerve cells in the brain send false signals. Epilepsy can be diagnosed via brain scans and other tests.

It should be taken in the regular dosage of 3-6 gm to relieve the agitated mind and induces natural sleeping.

Schizophrenia also known as dementia , is a severe mental abnormality characterized by the coexistence of contradictory elements. Take 500 gms, 4 gm of Sarpangandha powder per day to treat schizophrenia.

6. For Pimples And Boils

Due to its hot potency, acidic smell, and strong bitter taste, it is used to treat gastrointestinal disorders like worms, abdominal pain, and anorexia.  It acts as an appetizer.

To cure these disorders, sarpangandha kutaja, bark skin and vyaghri eranda roots are mixed with each other in the ratio of 1:2:3 and should be taken with milk, it eliminates Vata dosha.Because of the digestive, anthelmintic properties, it  is used  in loss of appetite.

Juice extract obtained by grinding leaves of Indian snakeroot can be applied over eyes to cure corneal opacity.

It relieves constipation in the situation when the patient is suffer ing from hypertension and headache. Oedema is situation characterized by an excessive watery flow out of the body.  Buttermilk and Holarrhena antidysenteric (kutaja), with root works in bacillary dysentery.

Menopause is the transition time when the menstrual period stops permanently. As Sarpagandha helps in contracting the uterus and thus, the same is used to treat menstrual molinimia and against menopausal syndrome by women at the stage of menopause.

Joint pain often occurs due to old age or maybe because of chronic fever or tiredness. Snakeroot is also helpful to treat the joint pains.

It is also used for the treatment of the intractable skin disorders like psoriasis, itching, and excessive sweating.

Snakeroot, if taken in excessive quantities, it multiplies cancer cells. So,  it needs to be taken under strict medical supervision.

It is not better to take the medicine in the case of depression. As it induces depression in the later months when the drug intake will be discontinued.

It’s not ideal to take the medicine along with Digoxin, Levodopa.

Its sleep enhancing effect may further grow if taken by an alcoholic. Hence, precaution must be taken.

It side-effects match that of resperine, which gives way to an inability to concentrate or perform complex tasks, more seriously it leads to occasional psychotic depression. Supplementary side effects involve nasal stuffiness and exacerbation of the peptic ulcer ailment .

Its long-term intake may lead to fall in blood pressure(B.P.).

Indian snakeroot is of greater medicinal importance, hence, the growing population of the Earth needs to be very much concerned about it, as it has been in the list of the endangered herbs.

Thus, the export of Rauvolfia Serpentina is prohibited. Thus, there is massive need to conserve and protect Indian snakeroot for the sustenance of the bio – wealth of India.

Roots and leaves of the herb are used to treat various ailments and thus it is typically of medicinal values(Roots with the bark- collected in winter season). It is useful herb in the Ayurveda, Unani, and Homeopathy treatments.

Rauvolfia Serpentina, an evergreen plbelongingelong to the family of Apocynaceae, is a species of the flowering plant. It is known with other names in English like Serpentine wood, Indian Snakeroot, Black Snakeroot, Devil-pepper and it’s known Hindi names are Sarpagandha, Chhota Chand, and Chandrabhaga.

Sarpangandha means “smell of snake“, however, it is the pseudo name and it truly won’t reveal any of the properties of the herb.

Rauvolfia Tetraphylla is also desirably replaced with Sarpagandha, as their actions are quite similar. Rauwolfia Vomitoria and Rauvolfia Caffra, both of these have alike medicinal properties as Rauvolfia Serpentina, however, they have little less alkaloid content in comparison.

Why Is Snakeroot Named ?

The Given Herb Is Called Snakeroot For Two Reasons

1. First reason is that its roots are so shaped like snake’s physique

2. Another reason is that the leaves of the plant are so sharp as like snake’s tail end.

When it comes to its other name Sarpagandha, which implies ‘smell of snake’. Does it attract snake or possess snake’s smell? For the sake of your surprise, an answer is No, that is, it doesn’t attract snakes, rather it repels them.

Sarpagandha is, like natural snake repellent,  similar to marigold, wormwood and West Indian grass. It is bitter in taste and possesses strong smell which irritates snakes when they slither over them.  It can be planted anywhere around to chase away serpents. It also keeps mosquitoes and other insects away from the place where it is planted.

Taste: It’s found to be bitter in

Aroma: The herb is characterized by the acidic aroma.

Tonic sedative: Snakeroot is their to cure insomnia.

It has anti-bacterial properties and anti- pyretic properties.

It pacifies the air and water visitation (Vata dosha and Kapha dosha).

Side effects: Its after effects are that it induces sleep.

The herbaceous plant, Rauwolfia Serpentine consists of more than 50 diverse alkaloids. In 1931, from these many alkaloids, five chemical compounds were isolated by scientists, and the presence of these alkaloids believed to cure multiple neurological problems.

Surpagandha aka Indian Snakeroot, being a folk medicine, is useful to mankind, when taken in requisite quantity. So, get benefited with its life-saving attributes. Stay healthy, stay happy.