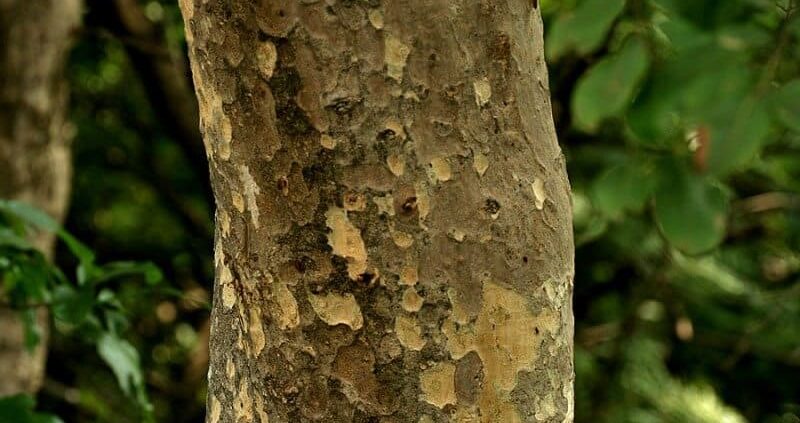 Terminalia arjuna is the scientific name of arjuna herb.It is a well-known medicinal herb in the Ayurveda.It has been effectively used to treat problems related to heart diseases.

What Is The Arjuna Herb?

Arjuna is a genus of large trees of the flowering plant family Combretaceae.

Comprising around 100 species distributed in tropical regions of the world. This genus gets its name from Latin terminus, referring to the fact that the leaves appear at the very tips of the shoots.

Trees of this genus are known especially as a source of secondary metabolites, e.g. Cyclic triterpenes and their derivatives, flavonoids , tannins , and other aromatics .

The Arjuna tree up to 25 meters in height and its bark is gray in color, smooth. The leaves are sub-opposite with dimensions of 5–14 × 2–4.5 cm. And its shape is oblong or elliptic-oblong. It is glabrous and often inequilateral aligned.

The leaves margin is often crenulated and the apex is obtuse or subacute. The base of the leaf is rounded or sometimes chordate and petioles 0.5–1.2cm.. It contains glands which are usually two in number. Flowers are small and white in color.

Fruits are 2.3–3.5 cm long. They are fibrous woody in nature and glabrous with 5 hard wings. They are striated with numerous curved veins. The plants flowering time is in between April and July in tropical temperature conditions. Seeds are hard and they germinate within 50–76 days.

Terminaliaarjuna is a deciduous tree and is abundantly found in India, Ceylon, Myanmar, and Sri Lanka.

Arjuna is one of the sacred trees of India. It has acquired the social and religious sanctity with the passage of time. It is said that arjuna has been born of the two sons of kubair after saint Narada cursed him.

The leaves and flowers of this tree are offered to lord Vishnu and lord Ganpati on the several religious occasions.

Names And Species of Arjuna Herb

It has several names such as-

Some Other Species Of Arjuna Are

These species are found in India.

Properties Of The Arjuna Herb

It has a positive inotropic and hypotensive effect. It increases vascular blood flow and protects the layers of heart from ischemic damage.

It is rich in antioxidants.

Composition Of The Arjuna Herb

Arjuna bark shows a tremendous amount of uses because of the variety of chemical constituents it is composed of. They are-

Arjuna herb has shown a very good progress over the years for treating angina pectoris which is nothing but the severe chest pain you get mostly before the onset of a heart attack.

Various chemicals present in the arjuna herb has a very strong anti-oxidant property. Its stem and bark possess glycosides and large quantities of flavonoids, tannins, and minerals. Flavonoids show the antioxidant property.

It is also effective as an anti-inflammatory agent and lipid lowering agent. Glycosides are cardiotonic, which is especially why Terminalia arjuna is unique amongst the currently used medicinal plants.

In scientific studies, it has been seen that it the effect of these antioxidants that protect the heart tissues from getting damaged.

How To Use Arjuna Herb As An Antioxidant?

Casuarinin is a chemical constituent present in Arjuna herb which is very effective for inhibiting breast cancer cell growth. This was majorly proved in various laboratory studies.

How To Use Arjuna For Breast Cancer?

How To Use Arjuna For Cholesterol?

It also maintains the level of triglyceride in the blood. Maintenance of both triglyceride and cholesterol is related to each other.

Chemicals present in arjuna herb have proved to be helpful against the effect of toxins on DNA. This might help cure some of the diseases which affect babies at birth.

Experimental studies have shown that the bark of arjuna to exert inotropic and hypotensive effect which increases coronary artery flow and protecting cardiac tissue against ischemic damage.

Arjuna herb has shown to have mild diuretic, blood thinning, prostaglandin e enhancement and blood lipid lowering activity. This herb has been studied in patients with angina. Arjuna also dilates blood vessels, even in cigarette smokers.

How To Use Arjuna Herb For Heart Diseases?

It has been seen that the methanolic extract of Terminalia arjuna has been useful against helicobacter pylori and lipopolysaccharide-induced gastric ulcer in rats.

How To Use Arjuna Herb For Ulcers?

It has prostaglandin enhancing and coronary risk modulating properties.

How To Use Arjuna Herb For Acne?

It decreases the level of thyroid hormones and also the cardiac lipo, suggesting the possible mediation of the drug action through an inhibition in thyroid function.

Due to its astringent and styptic properties, it is also used in pus in urine, UTI, and dysentery.

Due to its astringent properties, it is used as an ingredient in toothpowders. It helps to treat bleeding gums.Arjuna tooth powders are widely available in the organic stores.

It has a cure for diabetes mellitus.

Arjuna also has a tonic and diuretic effects that benefit cirrhosis of the liver.

Required Dosage Of The Drug

A dose of minimum 400 mg of drug per day is required to treat the diseases. For various dosage forms:

However, studies have established various dosage regimes for various diseases. Let us have a look at them in brief.

The water extract of Arjuna bark has cardiotonic effects with 50ug/ml. Arjuna has been experimented to be protective against beta-2-adrenergic agonist-induced cardiotoxicity in the range of 100-200mg/kg water.

b. Cholesterol And Lipids

For anti-oxidant effect500mg daily for 2 weeks.

Other Ways To Consume The Drug Is That

Some Ayurvedic Medicines With Arjuna Ingredient Available In Market Are

How To Prepare Arjuna Herb At Home?

You can easily prepare arjuna herb at home for daily consumption. The general home remedy for Arjuna is:

Side Effects Of Arjuna Herb

Not much side effects are known but because it can lower blood pressure and blood sugar levels, people on medication for the same as well as diabetes need to take precaution and also avoid over-dosing.

Consult your doctor for advice if you want to use during pregnancy.

It is amazing how one herb can have so many medicinal properties. We can refer arjuna herb as the boon to Ayurveda medicine.