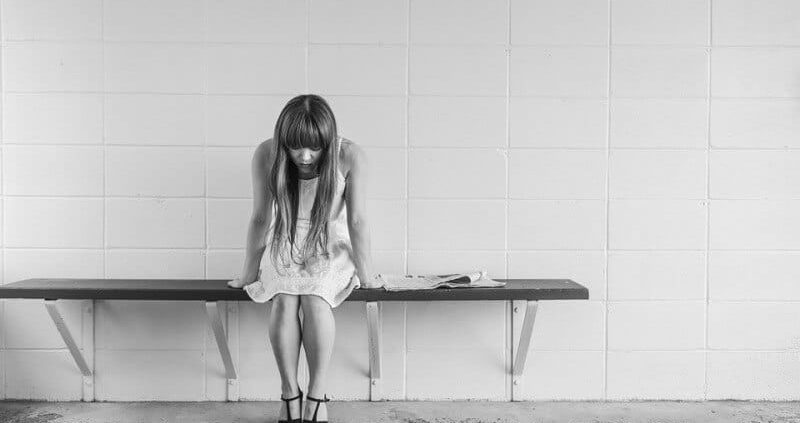 If you have ever come across the blue waffles disease, then it might be frightening to you.

Discover the truth behind this disease which will shock you.

Have you heard about STDs?

Have you heard of Blue Waffles Disease?

To answer the first question, STD means sexually transmitted disease. This is a type of disease that will be transferred from one person to another via sex or sexual intercourse.

The belief among all medical professionals is that this is a hoax; the pictures and “fake” disease is used to lure people into visiting these websites.

The pictures are very disturbing. It is possible that a blue appearance of the vagina could be from bruising that could result from the force. Such a force can be said to be most likely have come from a sexual assault.

But even if that is the case, the bruising certainly would not be such a bright blue color as shown in those images. No STDs as such are capable of causing external bruising.

On the other hand, the entire thing shown in the picture could be highly edited, and nothing whatsoever in it represents anything real. Also, there are no STDs that can transfer only from women to men. If you think, how would women get them in the first place?

You may take a minute to let all that soak in. Unbelievable, isn’t it?

Sexually Transmitted Disease may include burning sensation while urinating. It does not discriminate between men and women.

Now that you are clear about no such disease as blue waffles in medical history, you might stop worrying. For those who might be curious in how such fake disease was created, I am giving you how it all originated.

In the April of 2013, a New Jersey city councilperson became the object of some derision. According to a Trentonian woman, as she reported at a city council meeting that she received an “alarming call” from a constituent.

The person calling wanted to know “what the City of Trenton was doing about the epidemic known as the Blue Waffle Disease?”

She was mocked publically for taking this issue seriously, not recognizing that she had been taken in as a part of an April fool’s prank.

References to “Blue Waffle Disease” spread over the Internet around March 2010. This occurred when an image of scabbed, blue-tinted labia was being circulated.

This was a claim that the image pictured a vaginal infection resulting from an STD.

Many discussions ensured about whether the photograph was real or a digital manipulated fake. If fake, then whether it pictured an infection?

Whatever were the origins of the photo, “blue waffle disease” is a fiction and not any known symptom or result of any STD-related infection

Even there are different variations of this disease which are floating on the internet such as purple waffle disease, red pancake disease, pink pancake disease, blueberry waffles disease. They all mean the same.

You can find many explanations about the disease on various sites, which go somewhat along the following lines.

What Is Cause Of Blue Waffles Disease According To Internet Hoax?

This condition is caused in situations when there are different types of bacteria and fungus growing on the lips of a woman’s vagina. This tends to spread and turn the area of the vagina into a purple-blue color.

If the presence of such bacteria is paired with a damaged immune system, the effect can be much more devastating.

Usually, it takes a certain amount of time for the blue waffle to develop. It is mostly a result of keeping a low degree of hygiene for a long period.

Moisture also gives rise to the chances of developing a blue waffle vagina. The major cause of the disease is the bad sexual habits.

Prostitutes have the maximum chance to acquire this disease. The overuse of sex toys can also develop the disease. The Vagina should be taken care with, avoid doing dirty experiments with your sexual life.

In Men, Blue Waffle is caused by a genital virus. It leads to the severe pain and itching. It can result in the disorientation of the skin and stinking smell.

In males, the disease is caused due to excessive use of the sex toys and the rough ways of masturbating.Many times, Blue Waffle is referred to Penile Cancer. The causes of the cancer are the results of the disease.

Other causes are the infection caused by human papillomavirus. People who are suffering from HIV/ AIDS or a person who has taken the UV treatment

Women are more prone to the disease.  The vagina gets irritated, cause itching and pain. It is believed that the women who are at high risk of the disease are

The blue waffle is likely, to begin with, certain excretion from your vagina. This is usually the first sign that you need to take care of.

You immediately need to take action about it if you want to prevent yourself from acquiring all symptoms of full-fledged blue waffles condition.

The whole vagina will become more moist than usual. Also, it will carry an unpleasant odor right from the beginning. The odor can be noticed even from a distance. It is likely to be followed by an uncomfortable feeling of itching.

Gradually, the outer lips of your vagina will turn blue. In later times, they will then become purple. When you notice something like this happening, the blue waffle is showing its full effect on you. You need to take some action any time now as soon as possible.

Many women do not see blue waffles as a real disease, but just a result of improper hygienic conditions which can be quickly dealt with by improving your hygiene.

So, if summarized the signs of the Blue Waffle Disease are

Whatever the conditions may be, it feels and also looks like a real disease. So it is very important to spread awareness of this as you can avoid all the symptoms. This can be done just simply by keeping your private parts clean.

Blue Waffle can be diagnosed through physical pelvic examination. It is also done through smearing, here Pap smear or vaginal smear is taken and checked under the microscope.

How To Treat Blue Waffles Disease?

Since it is a bit tough to define blue waffles as a condition on its own, it is the best to treat the symptoms slowly as they start appearing. This only means that you start increasing the degree of hygiene of your vagina.

But don’t use any aggressive substances, especially if you are in an advanced case. Go for the mild and non-aggressive hygienic answers which are found in pharmacies or drug stores.

Please be careful about the following tips.

They will give you enough of hygienic products while not irritating your skin any further. In case you feel irritation in the skin, consider it as a danger for the disease to be spreading and growing at a higher rate.

Doctors will give the patients antibiotics to treat the disease.

If you believed in any of the above causes, symptoms or treatments of the apparent BLUE WAFFLES DISEASE, then you are too easy to fall prey to internet hoax.

After primarily searching, even I thought that it was real. You can even find pictures or images that support the condition as explained in the above extracts.

But it is not!

After a good search, you will likely find out those sites which give real medical advice, and they will tell you all this is a mere joke.

Read further to get a clearer idea as to why, how, when this hoax started to spread.

The world is full of people seeking recognition. With the advent of social media, it has already become very easy to spread any news or rumor around the world in a fraction of hours.

Also, it was not so difficult before social media took over. Before that time, now and then many people made stories to get famous on print media or the news. And many of them did succeed too, initially.

But on further investigation, the false elements of their story were revealed. Some of them even take it to unbelievable levels that make you think they should be included in the GUINNESS BOOK OF RECORDS!

These stories are so far out there that they are likely made into the record books if they are found to be true.

I remember one such story about a boy, who was said to die after clicking a digital camera flash underneath a 40,000 voltage power line. If you google it, you will find plenty of sites conforming to many different theories that it can happen.

A digital camera flash can conduct high voltage electricity. But if you ask a science person, his only response might be:

Have you gone mad?

No that cannot happen. I am not discussing in detail why and how, but you may search for it and find out why not.

Similar is the case with our internet disease BLUE WAFFLES. Someone made some story, and it did get famous. But not for long. People eventually did realize after consulting professionals that it is all false.

You may or may not know, but “waffle” is slang for a woman’s vagina.

So let’s look again at the definitions of the apparent “Blue Waffles Disease” that are circling the internet:

It can only pass from females to males.

It can develop into a female after “not washing her vagina” enough.

You can even search online for images describing the disease. But let me warn you that the images may be disturbing for some sensitive person to view.

Here is what else will happen: after searching blue waffles disease you will not land on any trusted medical sites if you know what I mean. You will be inundated with random links.

These sites will have no trusted medical or healthcare affiliations. These are just very rudimentary web pages, blogs, or community boards. These are the sites that should be having a big,

“Don’t Believe Everything You Read!”

In fact, all such websites further perpetuate this myth with definitions such as:
“It’s a slang term for an extremely nasty or severe vaginal infection/STD on your vagina. The infection could cause abnormality in an organ or tissue on the outside of the vagina, as well as bruising, which causes it to look blue.”

There is a higher possibility that all the pictures behind Blue Waffle disease hoax are entirely edited with no references whatsoever to any real persons or real disease.

Additionally, the condition neither resembles any typical case of an STD attributed appearance nor any other visually diagnosed symptoms.

Blue Waffle disease is indeed a descriptive term for an infected vagina. But it is probably not the name for any particular infection.

The disease or Blue Waffle terminology for such matter is just but an urban legend coined to horrify women to style up sexually.