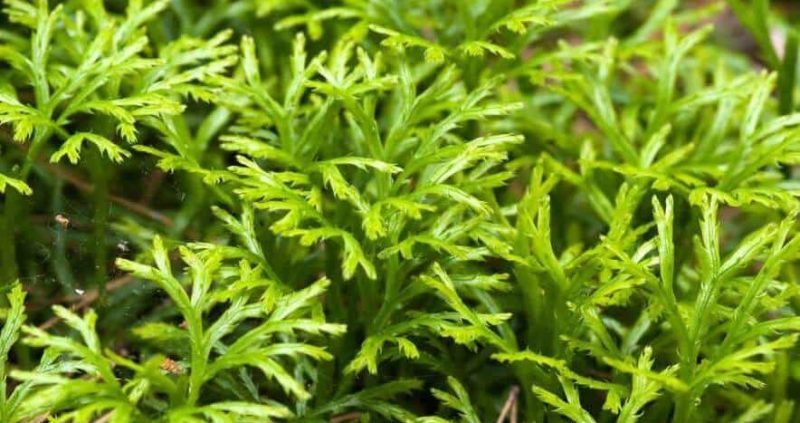 A herb is known as “Club Moss” is one of the most studied plant species in the recent years. The scientific name of Club Moss is Lycopodium annotinum belonging to family Lycopodiaceae.

These plants are inhabitant to tropical mountains but also commonly found in the northern forests. Club mosses are evergreen herbs with needlelike or scalelike leaves.

They contain cone-like clusters of small leaves known as strobiles, and each of them has a kidney-shaped spore capsule at its base. This herb produces asexual spores to continue its generations.

Some studies of the extract of this drug have shown anti-inflammatory properties and also support its folkloric use.

Recent researches have shown that the herb shows antifungal action on Staphylococcus aureus. It also showed the antiradical effect on DPPH. Hence, it can be suggested that the drug has all the above-mentioned properties.

There have been researches which showed that the extract of the herbs, when given to mice, altered the functioning of the hepato-carcinogens. Treatment with the spores decreased a good amount of occurrence of tumors in the liver of a mouse. This proves actions against hepatotoxicity.

Ethanolic extract of the drug contains various types of alkaloids which show major potential for chemotherapy.

Micro-anatomical studies of the hepatic tissues confirmed that herb could protect the livers from carbon tetrachloride damage in rats.

6. Chemical Marker Powder And Forensic Use

The spores of club moss have been tested to produce a powder which can be used as a chemical marker for various forensic studies and evaluation.

Various studies on the homeopathic formulation os this herb has shown that the drug shows analgesic and CNS depressant effects. Behavioral studies have proved the action of the drugs in rats and mice.

There have been researches done to prove the antiprotozoal activity, and it has shown useful results against Trypanosome Rhodesian’s, Trypanosome crazy, Leishmaniadonovani and Plasmodium falciparum. The use of the drug showed zero toxicity.

Homeopathic treatments of this herb have shown a great ability of this herb to induce apoptosis in cancer cells.

Researches have proved that club moss is very effective in preventing oxidative stress damage in liver tissue of mice.

The chemical constituents of club moss are-

The dosage varies with the type of disease the person is having and with the dosage form of club moss. For example, if a person is taking infusion for diarrhea, then he has to take only one cup per day.

Various preparations of Club Moss are as follows-

One tablespoon of club moss is added to half liter water and boiled for 1 hour. It is left undisturbed for some time. You can consume one cup of this tea in the morning on an empty stomach before breakfast to cure problems like constipation and congestion. People who are suffering from liver problem should drink 2 cups daily.

People suffering from diarrhea should drink this tea carefully because it might cause intestinal spasms.

A decoction of this herb can prepare by boiling water with the herb along with pansies, dandelion, birch, parsley, hip and bean pods for a long time.

Consume 200 ml of the decoction 3 times a day before the main meals to keep disorders of lungs and bones at bay.You can sweeten the decoction by adding honey.

This is especially for deep length cuts and bruises. Fill a pillow cover with wet club moss and apply to your wounds 4 to 5 times a day. Fresh herb should be taken every time you use it. For cramps attach it overnight in the area of swelling.

This is done for skin problems. 5-6 handfuls of club moss are taken and added to hot water and allowed to soak in it for a while. Then the water is again heated and used as bath water.

The herb is triturated in a lactose solution until the spores disintegrate, and the oil contents are absorbed by the sugar solution. The solution is filtered and ready to use.

There are various uses of this small herb. They are as follows-

What Happens To Your Body When You Hold Your Poop For A Long Time?