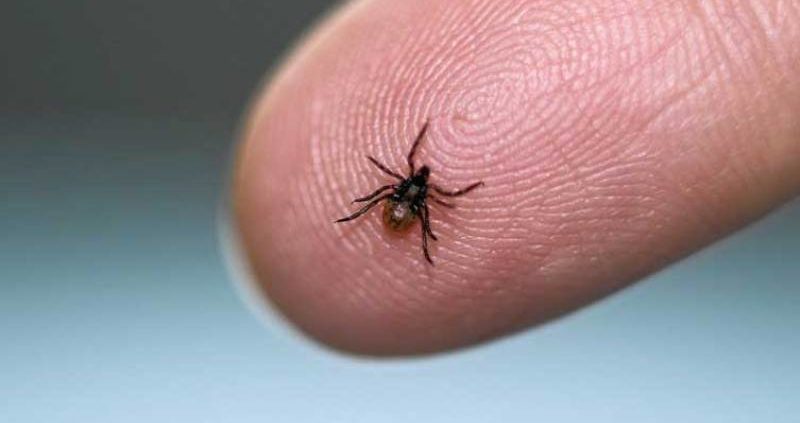 We all have heard about chigger bites. Chiggers are basically small larvae members of the arachnid family. Their scientific name is Trombiculidae.

They are also sometimes referred to as red bugs. Even though they may be small in size, their bite can prove to be extremely itchy and problematic. You probably won’t even notice when they jump up from a blade of grass onto you because of their size.

Yet, once they bite, they make sure that their presence is felt and dreaded. Thus, the article will help you inform all about chigger bites and ways to get rid of them.

A chigger mite is about 1/150th of an inch in length. This means it is barely visible to the naked eye. They are usually red in color and they like to live in a murky and humid environment. They tend to portray a parasitic behavior by either biting the human skin or sucking the blood through its bite.

Further, whenever they come in contact with human flesh or clothing, it serves them as their feeding ground. Thus, this makes the chiggers very harmful to a human being.

Chiggers commonly bite in areas where the skin is hanging loose. Thus, they are usually observed in the crotch, groin, armpits, and ankles and in the folds behind the knees.

The other areas where a chigger mite may infest upon would be where the compression of clothing presents barriers to their migration.

Chiggers tend to inject enzymes into the host flesh to destroy that part. That particular area hardens and a tube called sylostome develops in that area. Through this, chiggers can feed on the skin for days if not disturbed

Symptoms Of Chigger Symptoms And Signs

Usually, a chigger bite is quite unnoticeable. Once the mite starts to inject the enzymes in the skin, then symptoms and signs usually appear. Some of them are mentioned herein:

Some of the most commonly used home remedies to reduce the itching caused by chigger bites are mentioned below:

The best way to get rid of a chigger bite is to remove them before they can latch onto your skin. Thus, if you feel you see a chigger attached to your body and feel an itchy sensation then quickly take a hot shower. It will help you in removing the chigger from your body and you may feel a sigh of relief.

Make a paste of baking soda and water. Rub this paste on your skin while taking a shower. Leave this paste on the affected area for few moments and then rub it off quickly.

Yet, it is important to give you a heads up. Once you apply this paste to the affected area it may sting very badly. Yet this stops the itching and will help you in the long run,

3. Rub Salt On The Wound

Try rubbing salt on the wound. Mix some salt with a homemade vapor rub salve to avoid the petroleum by-products. Apply this paste on the wound and it will help provide you with relief.

This is because the menthol in the vapor rub calms the itching and salt tend to neutralize the effect of itching. This may also sting a bit.

It also reduces the risk of blisters. Just take some Vicks vapor rub and apply it on the affected area. Do this before going to bed for about 3 weeks for best results.

It contains anti-irritating and anti-inflammatory properties that offer instant relief from itching. Try using colloidal oatmeal, which means extreme finely grounded oatmeal powder. Following are the steps to be followed for the same:
a) Add a cup of colloidal oatmeal to a bathtub full of warm water.
b) Stir thoroughly to help the granules dispense evenly.
c) Soak in this water for 15-20 minutes. Repeat this 2-3 times a day for effective results.

It has antiseptic and anti-itching properties. These properties help to get rid of itching and inflammation on the body.

This oil can also be used to get respite from the itchy and painful bumps of the chigger bites. It is rich in vitamin E and some other antioxidants that reduce itching.

a) Keep applying olive oil to the affected area 8-9 times a day for relief.
b) Alternatively, prepare a paste of olive oil and honey. Apply it to the itchy area a few times daily.
c) You can also mix a few drops of tea tree oil in olive oil, and apply it on the affected area.

This is also called neem. This greatly helps to reduce the inflammation and irritation caused by the chigger bites on the skin. It also reduces the risk of infection in the body.

a) Simmer some neem leaves in water for 15 minutes. Strain the solution and let it cool. Use this water to wash the affected area. Do this daily till the swelling heals.
b) You may also apply a neem-based cream on the affected area, a few times daily.

Its anti-inflammatory properties soothe the skin and relieve itching. It also promotes healing of the wound.

a) Make some chamomile tea and allow it to cool down. Soak a washcloth in this tea and apply it on the wound. Let it rest for 10 minutes. Do this for few days for best results.
b) Alternatively, add 4-5 drops of chamomile essential oil to some coconut or castor oil. Apply this mixture on the affected area few times daily.

Saltwater and herbal tea spray is also recommended to curb itching. Spray this mixture after cooling it a bit as it helps you get rid of the itching sensation.

This is a traditional remedy and has worked for many people. Though, nowadays it isn’t considered to be a very effective remedy. Yet, you can try it. You just have to dab some castor oil on the affected area to get relief.

This has many healing properties and can be used as a preventive measure. Thus, while camping you can put this in your boots and socks to prevent yourself from severe chigger bites.

You can also use Calamine lotion to calm the itching sensation. It may not be that effective yet you can always try it out.

Mix ¼ cup of fresh aloe vera gel along with a drop of peppermint essential oil. Rub this mixture on the affected area to soothe the itching.

There are certain detox baths which can also help you in calming the A plain magnesium or Epsom salt bath works the best. You can add a cup of Epsom salt or magnesium flakes to a warm bath for best results you can also use baking soda instead of the above-mentioned articles.

Are There Any Complications?

It is mandated that chigger bites do not produce any long-term complications. Yet, because they cause intense itching, which leads to continuous scratching of the affected area, it may lead to severe complications.

Intense scratching leads to skin wounds and disruption of the skin. Due to this, the skin becomes more prone to bacterial infections and fungal infections. This leads on to complications which only a doctor can handle.

Thus, if you experience this rush to a nearby clinic, as the doctor will be able to guide you better.

Where Do Chiggers Live?

Chigger mites usually prefer murky and humid areas to stay and breed. They tend to live in areas which are low on the ground with heavy vegetation.  Another interesting fact about chiggers is that they do not bite in colder temperature [below 60 F or 15.5 C] and cannot be located in areas where the weather is extremely hot (more than 99 F or 37.2 C).

Thus to prevent yourself from chigger bites, try wearing lowers which cover your legs completely, so that they cannot infest on your flesh.

It is important to know the difference between the two as usually, they look alike, however, the treatment of both is completely different. It is pretty easy to confuse between them. Yet we have managed to spot out some major differences between the two. They are:

These were the major visible differences between the two, yet there might be even more. Further, the technical differences only a doctor can figure out either by testing or looking at the symptoms.

The major differences between chigger bites and mosquito bites are:

How To Never Get Chigger Bites Again?

The following preventive ways will help you never get a chigger bite ever again.

Can Chiggers Live On Clothing?

The lifespan of a chigger varies from one month to one year usually. Once a female chigger infests on a piece of clothing, she can lay up to 15 eggs a day. This means that if you leave your clothes untreated, they can become a breeding ground for chiggers and the cycle can go for years.

Thus, it is quite obvious that chiggers do live on clothing and if not removed completely, they can live for quite a long time. Keeping this in mind, it is very important to get rid of chiggers as early on as possible.

It is hoped that this article has helped you enlighten about how serious chigger bites can become. Thus, you should either use home remedies to solve the problem or you may even go to a doctor for relief.

How To Get Rid Of Ear Hair Naturally?

Listerine Foot Soak Recepies : How To Use It Various Condition. Find Out