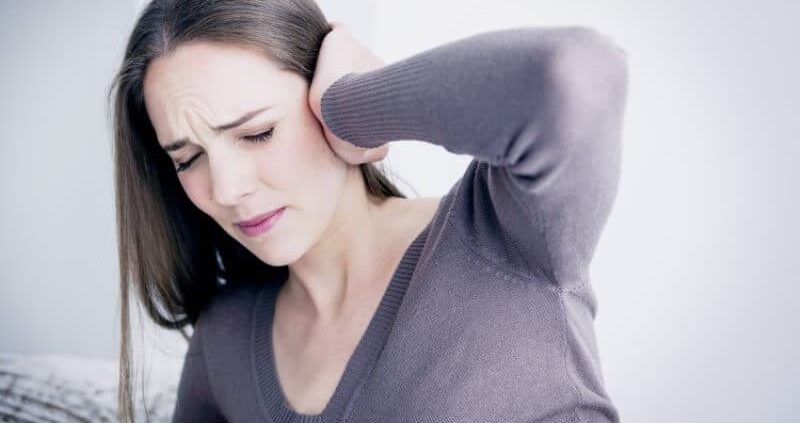 Sometimes you may feel to pop your ear so that your interrupted hearing ability may restore back.It may be caused by doing activities like flying, diving or swimming, where pressure may change suddenly.

Pressure built inside the ear may be the result of the change in altitude also. Then you feel as if your ears are blocked because Eustachian tubes get blocked.

Eustachian tubes are designed in such a way that it runs through the middle ear to the back of the throat and nose. Swallowing which includes opening and closing of Eustachian tube regularly.

Hence, maintains the pressure on both sides of the eardrum. Pressure builds up in Eustachian tubes may result in pain. You may feel this annoying also. Eustachian is responsible for getting rid of ear wax as well as maintaining ear pressure.

Many times, you must be wondering about the popping of ear too! Here are the reasons and their solutions as well.

i) It may be caused due to activities like diving, swimming, flying, in which change of pressure is experienced.

ii) Sometimes, Ear wax gets accumulated inside the ear and hence you may feel that your ear is clogged.

iii) You might have surely experienced this popping of ear while traveling in a hilly region due to change of altitude, hence the change of pressure.

iv) Another reason might be water accumulation inside the ear. While swimming or taking shower, there are high chances of water to get inside the ear.

v) Ears can also get troubled when you are suffering from a cough and cold or allergies related to respiratory systems. Since your nose and throat might get blocked due to mucus thus pressure of Eustachian tubes is not regulated properly and you may suffer from a clogged ear.

There are few ways which can help you from getting rid of this problem.

Ways To Treat Your Clogged Ear

Chewing involves temporomandibular joint movement. This movement creates some amount of pressure in the middle ear and also expands the ear canal. Thus it helps in normalizing the pressure inside the Eustachian tubes.

Chewing also makes your jaw move and also increases the production of saliva. Hence swallowing also increase. This encourages opening and closing of Eustachian tubes which is responsible for maintaining the air pressure.

You may get relieved with the clogged year problem. Try to swallow as much as possible. You may drink water which can make your task easier if it is hard for you.

Yawn is contagious. Seeing others yawning you may feel too. Some people just hear the word and start yawning. Yawning helps in regulating the pressure inside the body. Sometimes due to the low level of intake of air, you urge to yawn.

Stop yawning when you will hear a pop sound from inner hear after the pressure gets equalized. You can even treat this problem by tilting your head backward and making your jaw move forward. It will also make Eustachian tubes open and close.

While you are traveling in the hilly region you may feel that it’s the best time to take nap. But it may create a problem for you. Due to ups and downs in a hilly region, change in pressure is common. While sleeping swallowing activity may reduce.

This may lead to building up of pressure in your ear. Thus try to avoid more of sleeping. You may involve yourself with some activity all the time. It will distract you from sleep.

You can dip a clean towel in hot water. Rinse it and place it on the outer part of your ear. It will help you in normalising the pressure. You can also opt for the option of a hot shower. Another way to use steam therapy is by taking steam through the nose.

Take hot water in large bowl and cover your head with a towel and bend slightly towards the bowl so that steam can directly be taken inside. You can also add some herbs like tea which have antiseptic properties. Avoid placing very hot objects near ear as it can burn your ear also.

You can use a nasal spray to get rid of pressure in the ear. As ear and nose are connected through Eustachian tube, thus it would be of great help. Either you can purchase it from the near medical store or you can prepare of your own by taking a mixture of salt and water. Make sure you spray the appropriate amount. Overuse of spray may result in blocking of ear further.

As chewing helps, similarly hard candy will help you in equalising the pressure. It will create pressurising effect. Don’t chew it, you just need to suck it. You are using to create pressure, not consuming it.

Close your mouth, squeeze the nostrils with your fingers and take a deep breath. Blow out the air through nostrils. It will regulate the pressure and might help in the clearing of your ear. You may hear popping sound coming from inside of your ear. The whole of this process is called Valsalva manoeuvre.

9. Flush Out The Congested Sinuses

If you have a cough and cold, sinuses could result due to that. It destabilises the pressure inside the Eustachian tubes. You may flush them gently. Pour the salty water by tilting your head through nostrils.

It will flow through the sinus cavity to the other part of the nostril. But if the congestion is high then it’s better to take medication. It will help you to decrease it. You can also go for OTC decongestant. You can use neti pots which can help you clear out the sinus and get rid of the clogged ear problem.

Gargle as much as possible it will relieve you in getting through the throat infections. Keep the temperature of the water such that it does not burn your mouth.

Eating spicy food will help mucus to run through the nose. The jalapeno pepper is a good option. If you don’t like it, but remember it works for sure. You can get rid of it. Move your jaw and blow your nose to normalise the air pressure.

This is very ancient therapy it was done to get the cerebrospinal flow back to order. Thus it can help you in normalising the pressure.

A new evolving method for treating any kind of disease is acupuncture. You can visit an acupuncturist for knowing the exact solution for your problem. An acupuncturist might advise you needle therapy to unclog your ear.

It has antimicrobial and antibacterial to deal with the infection of the respiratory system. Boil the drops of tea tree oil in water. And tilt the affected side of the head and let steam enter your ear. Repeat this process few times, it will surely benefit you. Another way of using tea tree oil is by boiling it with olive oil and putting few drops of it in ear using a dropper.

Take a sip of water and keep it in your mouth. Pinch the nose. Swallow the water keeping the nose pinched. It will help in normalizing the ear pressure.

Warm some amount of olive oil and put few drops using the dropper in your ear. It will help you in removing the ear wax accumulated inside the ear.

2. Mixture Of Vinegar and Alcohol

A mixture of vinegar and alcohol has antibacterial properties. It helps in softening of the ear wax. Hence it can get away through the ear canal.

Put few drops of 3% hydrogen peroxide in your ear. Tilt you head downwards so that ear wax drip through it.

Certain yoga postures may help in restoring back the normal ear pressure. Karnapidasana (also known by the name ear press) is one of the postures which can help you out. For doing this, you need to start by lying down flat on your back and make legs outstretched. Then you need to raise your legs such that thigh presses your ear. Your toes should touch the floor behind the head. Most importantly breathe normally.

You can use your finger to pop your ear. It will create pressure and equalize the pressure in and out. But don’t do this if the cause of clogged ear is water. It may result in infection.

When the condition goes out of control it is better to visit the doctor. As bad conditions may result in severe conditions. You should not hesitate to consult a doctor in any way. There may be a problem which can’t be cured without medications or surgery. So it is better not to take the matter in your hands and ruin your health.

It is an effective way to restrict air from getting inside your ear. It helps you such that you don’t get vacuum created in your ear. Thus ear popping condition will not prevail. Specially designed earplugs are available at medical stores and even at airports. They are very effective.

How To Avoid Airplane Ear

Air travel is usually associated with a frequent change in air pressure. Thus Eustachian tubes must open and close frequently to equalise the pressure inside the air.

You can use any of the above-mentioned methods to not allow pressure getting build up in the ear at the time of takeoff or landing. During landing, you transit from low atmospheric pressure to pressure closer to earth (higher pressure).

When the instructions are given to fasten your belts just make sure you take care of this also. It will avoid the situation of popping of ear.

For children, special care should be taken. Make children drink fluid or make them chew gums so that it can help in normalising the pressure in the ear. Do not make him/her sleep during the travel. They are more vulnerable to blockage than adults. Their Eustachian tubes are narrower.

You should postpone your trips during sinus attacks, infections. It may lead to discomfort.