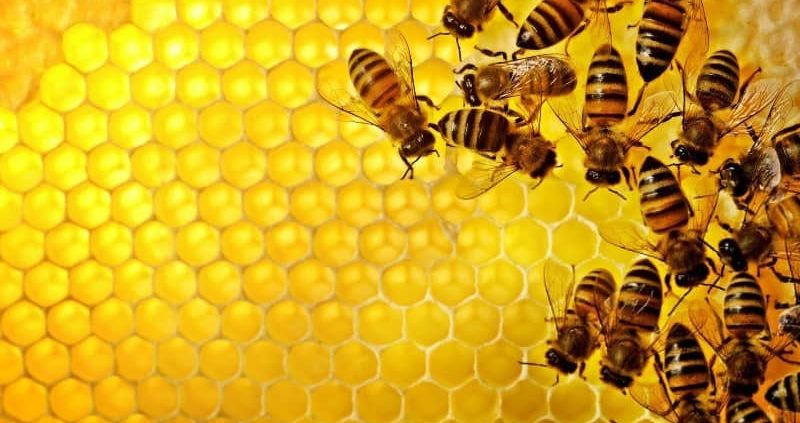 Royal Jelly is a miraculous superfood that has turned up the health of many individuals. To know more about the benefits of this superfood scroll down.

What Is Royal Jelly?

Royal Jelly is milky like secretion excreted from the top of a bee’s head. The jelly is collected in a queen cell known as honeycomb.

It is also called honey bees milk as the bee larvae when born, are fed on royal jelly. With this milk, the larvae get a healthy boost and survive their first days of life. Nevertheless, after three to four days the larvae no longer consume royal jelly.

The jelly is vital for the queen bees. The queen larvae are put into the special queen cells and are surrounded by the royal jelly.

It has a protein, royalactin that cause the phenotypic changes like expanding the lifespan, development of ovaries, and increase in size in the queen larvae.

Royal Jelly is white in color with hints of yellow. The yellow becomes more pigmented with storage. The ideal way to store it is in a cold environment(refrigerator) to keep the bioactive preserved.When the jelly is not kept in a refrigerator, it may turn whitish yellow in color and develops a rancid taste.

Royal Jelly has many powerful ingredients beneficial for human health.

A few of the prime health benefits of royal jelly are classified below:

High levels of cholesterol is one of the leading risks to the cardiovascular issues stroke. A study showed people who consumed 6mg of royal jelly for a week had low levels of bad cholesterol.

There were several human trials done to study the effect of royal jelly on the cardiovascular system. They suggested positive effects on Low-density cholesterol and overall cholesterol levels.

In males, the common cause of infertility is poor sperm movement or low semen count. The semen quality and count depend on the production of the hormone testosterone.

A study done in 2008 and published in the “International Journal of Gynaecology and Obstetrics” suggests that the royal jelly is beneficial and potent to resolve such issues.

It was found it can increase the fertility in men, people who were on royal jelly experienced more pregnancies than who was on medical treatments.

However, the exact functioning of royal jelly on the fertility process is still not clear. For males, there are no clear scientific proofs that it affects the testosterone levels.

The study concluded that the positive results suggest that the royal jelly increases the production of testosterone and the sperm vitality in males to cure the infertility issues.

However, the exact action is still unclear. It is believed that the royalactin protein in royal jelly accelerates the testosterone levels in males.

A study was done to find out the effect of royal jelly on the brain. It was found out that the royal jelly can improve the short-term memory as it enhances the neural functioning of the brain.

The tissues in the brain have lots of unsaturated fatty acids that is vulnerable to free radical attack, the antioxidants present in the royal eliminates the free radical and thus play a role in curing the neuro-degenerative diseases.

It was concluded that it has compounds that affect the functioning of hormones and bring about the desired relief.

In the same manner, a study was done to rule out the effects of royal jelly on post-menstrual syndromes. It also showed positive results. It relieved irritability, weight increase, lethargic feeling, and mood swings.

Breast cancer is one of the most common types of cancer affecting the women all around the world. It starts from the ducts that transport milk to the nipples and goes around the surrounding tissues and glands.

A study published in the journal “Bioscience, Biochemistry and Biotechnology” suggests that royal jelly might help to protect against the fast-growing breast cancer cells.

It is because royal jelly has compounds to block the effect of bisphenol A, or BPA, which triggers an increase of human breast cancer cells. Therefore, by adding royal jelly to the daily diet, one can decrease the progressive breast cancer.

Royal jelly is efficient to cure diabetes as it has an insulin-like action to control the blood glucose levels in the body.  For the same a human study was performed, it was seen that with regular intake of royal jelly the rise in glucose levels was significantly lesser.

This insulin-like activity was interesting to note as it does not affect the stomach acid and enzymes but did a great work on insulin. Studies are still ongoing to find out how the royal jelly creates an insulin-like effect on the body.

The antioxidants present in royal jelly are powerful to fight against several signs of aging like wrinkles, fine lines, hair loss, and macular degeneration.

It increases the collagen production, rejuvenation of new skin cells, and repair of the damaged skin cells. This altogether prevents aging and give a soft glowing skin.

Studies suggest Royal Jelly has a substance called lecithin which promotes healthy digestion, lowers the cholesterol levels, and increase the liver functioning too.

All these together helps to maintain weight. When royal jelly is combined with the healthy diet it can enhance your metabolic rate to many folds and can act as a powerful weight controller.

It concluded that the royal jelly was effective to close the wound margins and fasten the wound healing process.

Moreoff, it was also seen it migrated the fibroblasts within few hours to produce collagen fibers, and alter the lipid levels too.

Production of collagen and other fibers and alteration in the levels of various lipids are a crucial part of the wound-healing process.

If you suffer from high blood pressure, you might be at a risk of cardiovascular diseases, hypertension, and stroke.

An animal study done on rats showed that the royal jelly protein hydrolysate was able to cause a long-lasting reduction in high blood pressure.

Now if you are a blood pressure patient try to add royal jelly in your diet along with low salt and lifestyle changes like increased physical activity for a good result.

A research published in the journal International Immunopharmacology found out the positive effects of royal jelly on the immune system. Not only this it was also found that the regular consumption of royal jelly can also suppress the allergic reaction.

The compound in it suppresses the histamine response to allergens which further alleviates the seasonal allergy symptoms.

So, if you suffer from allergic issue try consuming royal jelly on a regular basis to get good results and optimum relief.

People suffer from fibromyalgia, body soreness, body pain, etc. due to body inflammation. Royal Jelly has many active vitamins, minerals, and enzymes to acts as a potential anti-inflammatory agent.

You can apply the jelly on the pain areas to get optimum relief from pain and inflammation.

If you are a healthy person, you can also consume royal jelly. It is widely recommended o enhance general health and well-being. People who take royal jelly daily have seen significant health benefits.

So, you can include royal jelly in your daily diet without a second thought for enhanced well being. However, ask the doctor before using it for children below 7 years of age.

This protein is effective against gram-positive bacteria such as Staphylococcus and Streptococcus species. However, the composition of royal jelly can vary depending upon the climate and geography.

The exact amount of royal jelly to be consumed depends on various factors like the person’ age, health, and issues. However, there is no such recommendation on the dose in scientific terms.

Taking in a moderate amount is the best to prevent any mishappenings. Be cautious natural products are always not necessarily safe and dosages can be important.

Royal jelly is very potent, you can take half a teaspoon per day to gain its many benefits and receive adequate B vitamins. You can eat it raw, add it to the regular honey to use as a spread, add in your tea, or add in any dessert or smoothie.

Read the label given on the bottle before consuming it. Alternatively, you can consult your pharmacist or physician or your doctor before using it.

There are no side-effects with its consumption, but if you face any abnormal sign discontinue the use and consult a doctor if required.

Royal Jelly has a distinct astringent dry slightly bitter flavor aftertaste. After a taste, it might give you a numb tingling sensation to the tongue and mouth.

You can buy royal jelly from your local health food store. Liquid formulates of the jelly are also available. However, the liquid forms have preservatives and sweeteners to enhance the taste.

Moreoff, it is also available in tablet or capsule forms. When in this form, it is mixed with fillers. Buy the most reputable brand as the purity levels are high in it. Prefer storing it in a refrigerator to increase the shelf life.

A few of the Clinical trials suggest taking 6 to 10 g royal jelly per day. You can keep it as a part of your daily diet regimen. No major contradictions are identified till now.

However, a few of them are as follows:

If you have estrogen receptor-positive breast cancer, you should avoid royal jelly as it can stimulate the growth of breast cancer cells. In addition to it, if you are someone who is on prescribed blood thinners, consult your doctor before use.

With regular royal jelly consumption, few cases of anaphylaxis, asthma and hemorrhagic colitis have been reported. People were seen to develop severe allergic reactions too.

To avoid all these side-effects, take the appropriate dose of royal jelly depending on your age, health, and other conditions.

However, as of now, there is no much scientific information to tell the exact amount of dose to be taken. Researchers are going on to rule out its exact dose.So, be sure to follow the relevant directions given on the product labels, or try consulting your doctor before use.

Royal jelly is another amazing remedy coming indirectly from nature. Even doctors and researchers boast about its health benefits.

Any of us can consume royal jelly without any worry. It is sure to benefit you in the long run and keep you away from disorders and age-related issues.

Royal jelly is a powerful remedy for so many health ailments like body inflammation, menstrual issues, obesity, cancer, etc. Not only this, there are many other diseases that can be controlled by its use but the research on them is still ongoing.