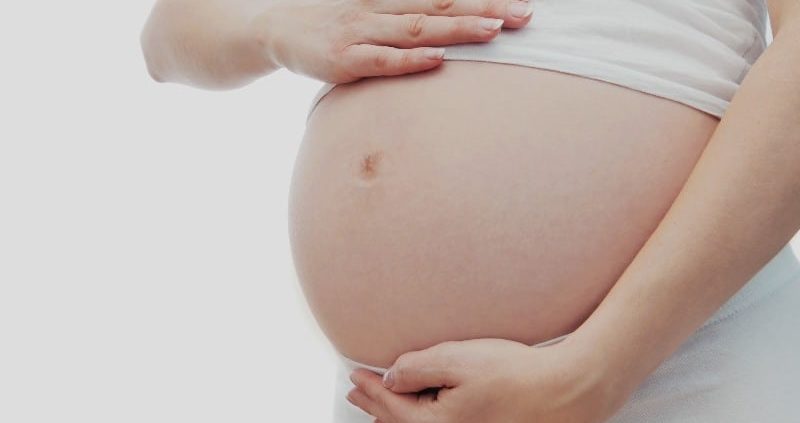 Before birth, there is a canal linking your belly button to your bladder. It is called the urachus. In most of the cases, this canal vanishes before birth. But sometimes a part of the urachus remains.

The urachus is no purpose after birth. But, if it remains it can cause other health problems. These problems are known as “urachal abnormalities.”

Problems with a urachal abnormality are pretty rare. They are mostly seen in infants or children, and very rarely in adults. It is still unclear why this happens.

This article deals with the problem of a urachal cyst. The cyst occurs in the remnants between the umbilicus and the bladder.

It is a type of cyst which keeps on occurring in a persistent portion of the urachus, presenting as an extraperitoneal mass in your umbilical region.

What Happens Under Normal Conditions?

As the baby develops, the bladder is shaped in the lower belly of the growing fetus. This organ is attached to the umbilical cord by a thick cord-like structure called urachus.

After a few weeks, this thick path emerging from the placenta develops blood vessels, a channel (that eventually becomes the intestine and a tube known as the allantois.

The insides of allantois are joined to the top of the bladder. This link from the bladder to the belly button is formed in approximately 20 weeks.

The exact cause for the development of urachal cyst is still difficult to comprehend. They occur independently of any other fetal anomalies. In case a baby has a structural abnormality in the urinary tract, the doctor will go for an ultrasound examination. This is to solely look for any problems such as urachal cysts and malformations of the kidney.

A pediatric urologist will manage this condition, by giving the parents the required information and advice on how to proceed. If the cyst is left undiagnosed until adulthood, he or she can visit a regular urologist to discuss the treatment options.

A urachal cyst is triggered off when a pouch of fluid and, sometimes air, collects in the urachus. During the fetal development stage, the urachus is a primordial arrangement linking the urinary bladder and the umbilical cord to get rid of wastes.

Under normal circumstances, the urachus vanishes before birth. However, a section of the urachus might remain in some individuals after they are born. This is rare, but it might happen.

Urachal cysts can occur at any age, but it is characteristically observed in older children and adults. The cyst is usually not malignant. But, sometimes it can turn in to a cancerous state. Thus, surgery is the best way to do away with a urachal cyst.

Normally, the remnant cyst is positioned between the top of the bladder and the belly button. Most of the symptoms of the umbilical urachus are mentioned below. These might differ slightly in adults and newborns or babies at a younger age.

A. Urachal Cyst In Adults

According to a case study statistics associated with adult umbilical urachal, show that it is a rare occurrence among adults as compared to newborns. Urachal cysts can be termed as extremely rare phenomena among adults, as it is usually diagnosed in children.

The journal also observes that adults with the following symptoms can be diagnosed with urachal cysts:

i. Belly button discharge is most likely to be a symptom of the urachal cyst.

ii. Lower abdominal pain. It might also be possible that is it happening due to any other underlying cause.

iii. Feeling of a lumpy structure in your abdomen, which is a rare occurrence.

v. A smelly belly button. There are discharges in the umbilical or a recurrent moistness in the area in many situations.

B. Umbilical Cyst In Newborns And Its Signs

In newborns, the signs may exhibit themselves differently as compared to adults. Before the umbilical cord heals completely, it can be difficult to identify such a problem. The following are the signs and symptoms of urachal cyst in newborns.

Under examination, there are four different types of urachal abnormalities that occur in adults, newborns, and pregnant women. These consists of patent umbilical cysts, diverticulum, a normal umbilical urachal cyst and urachal sinus.

This occurs the closest to your bladder where the urachus fails to seal and causes a blind-ending tract leading from the bladder to the urachus. For this one, a Urinary Tract Infection is very common.

It is when there is a link between the bladder and the umbilicus due to the failure of the urachus to seal. In this event, urine can be seen leaking out from your belly button.

It commonly presents itself with abdominal pain because of the failure of the urachus to seal off close to the umbilicus or your navel. Navel infections might be a common problem associated with this type.

A persistent urachus is a very common complication. Statistics suggest that it happens in almost one-third of all patients with the problem. But what is the cause of the persistent urachal umbilical cyst on the urachus? Non-conclusive treatment might be a major cause of such a complication.

A urachal cyst might grow back and enlarge if your initial treatment was just a simple drainage or a needle burst. The recurrence is essentially a result of the linings of the structure that remains after treatment.

Infections and auxiliary growth might happen because about 80% of the infected structures are inhabited by the bacteria called Staphylococcus aureus.

Some sources indicate that necrotizing fasciitis, also known as a flesh-eating bacterial infection, might develop as a complication of an infected urachal cyst.

If treatment is not done in due time, you can start showing other symptoms of the problem on your skin, starting with the area around your belly button.

The treatment of infected umbilical cysts is done through a two-stage procedure.

In this procedure, the surgeon starts with an initial incision that helps drain the infected cyst. The next step includes elective excision. However, developments in the world of medicine have made it possible to do a one-step procedure instead. This one involves cutting out of the growth or the cyst and then treating it with improved antibiotics.

Ruptured or infected cysts in the abdomen are surgically removed and treated using laparoscopically. This also helps reduce the recovery time after surgery.

Laparoscopy essentially means “a way of performing surgery…” This technique of removal of the cyst involves making small incisions and inserting a camera instead of making large incisions to reduce the tissue damage.

How To Treat Urachal Cyst?

The usual treatment for a urachal cyst is surgery. Surgical intervention will help you get rid of the cyst very easily. This will also lessen the chances of the cysts turning cancerous. If you have an infection, you must take antibiotics before your surgery.

In those cases where the adjoining tissues die because of the infection, the surgery will include debridement of the dead tissue too. Surgery is usually done using a laparoscope through a series of incisions. Scarring is minimum in this case.

Home remedies can also be used to mellow down the symptoms.

Turmeric is another very effective remedy for treating belly button infections. The natural antibiotic, anti-inflammatory and antiseptic properties of turmeric help to reduce the pain, inflammation, itching, and rashes by curing the infection and prevents from relapsing in future.

Indian lilac, or more commonly known as neem, has proven anti bacterial, anti fungal and antiseptic properties that inhibit the growth of infectious microorganisms and also reduces the spread of infection.Its anti-inflammatory properties help to reduce pain, inflammation, and itching.

Coconut oil, through its anti-inflammatory properties, provides relief from the itching, pain, and inflammation associated with the disease.Applying some warm coconut oil over the affected belly button can effectively prevent the growth of infection-causing bacteria and fungi and thus can give great benefits.

White vinegar is especially very effective in stopping discharge and consequent healing of the infected belly button. It contains 4-7% of acetic acid. This acidity of white vinegar restricts the growth of the infectious microorganism.

Rubbing the affected belly button with alcohol-soaked cotton ball proves very effective in providing relief from pain, itching, and irritation.Its antiseptic property sterilizes the infected area and prevents the growth of infectious bacteria and thus stops the spread of infection.

Follow it with cleaning and drying of the infected belly button. Repeating the steps thrice a day reduces the associated problems and promotes quick healing.

The tea tree oil is an adequate natural remedy for belly button infection. With antibacterial, antifungal and antiseptic properties, it can help in treating yeast or bacterial infections of the belly button.

1. Can A Urachal Cyst Be Cancerous?

In children, urachal cancer is extremely rare since the NIH study showed that there had been no cases in children. But 25 % of adults with urachal cysts had been diagnosed with urachal cancer. The risk factor solely depends on how long it takes to get your cyst removed. The longer it takes, you are more likely to develop a malignant stage for the cyst.

2. Are Urachal Abnormalities Genetic Or Hereditary?

There’s no evidence supporting that the abnormalities of urachal abdominal are hereditary. If the have occurred in your family, it is likely to be just a coincidence.

Most healthy men and women might not even be aware that they have cysts until a few of the symptoms starts surfacing. Even so, it does not mean that they have inherited this particular problem from their parents or their genetic line.

3. Is Calcification A Probable Symptom?

While the infection is the most common complication occurring along with these cysts, calcification of urachal cysts is also reported the problem. Calcification is an almost-diagnostic of the urachal carcinoma, hinting at the development of cancer cells in patients with the problem.

The urachal cyst is usually a harmless medical condition, but the symptoms are quite disgusting. Apart from using the above mentioned home remedies, taking some additional measures like restraining yourself from touching the infected area, using cotton balls or swabs for any application, avoiding swimming while having the infection, including garlic in diet and having foods that are rich in vitamin C, zinc and antioxidants, may help to cure the condition quickly.

Keeping the naval cavity clean and dry is most essential measure. Use antiseptic soaps or antibacterial liquids such as Dettol or Savlon to clean the area regularly and don’t forget to dry it thoroughly.

But even after following this entire if the infection persists for more than a week, consult a doctor immediately.