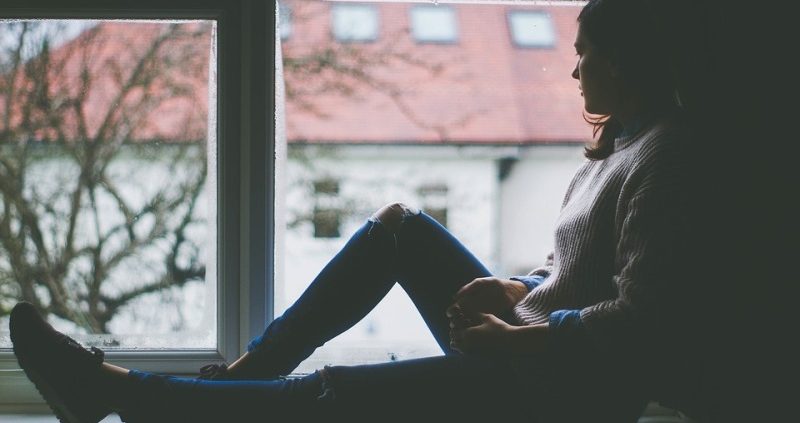 Picture yourself getting up in the morning to go about your morning routine. As you open your eyes to meet the day, a debilitating feeling of sorrow and the desire to disappear from the Earth invades your mind; grabbing hold of your motivation, your energy, and your self-esteem, and smothering them with a grip that’s impossible to break.

Now picture yourself trying to get up and go about your day with your energy and self-esteem being strangled. Everywhere you turn, the desire to die is hiding just around the corner; silently stalking you and never allowing you to forget that death is what you ultimately desire.

Some truly believe that being passively suicidal is just attention-grabbing behavior, or that passive suicidal ideations aren’t actually real. After all, people that talk about suicide don’t actually follow through with it anyway, right? This couldn’t be more false! Passive ideations, if given enough time and the right conditions, can easily evolve into active ideations, and ultimately, the worst possible outcome.

Wishing for Ways to Die

While someone with passive ideations goes about their day, they’re constantly thinking of possible ways their life could be taken. This doesn’t include planning to actually follow through with suicide, but rather wishing for things that are out of their control (like an accident) to somehow end their life for them.

How well would you be able to function if you saw every event as a possibility to end your suffering? If you were constantly wishing for an event or accident or some other mishap to claim your life? Passive ideations are incredibly powerful, and can cripple the afflicted person’s ability to cope with life; going as far as to keep them bed or house-ridden for weeks or even months.

The Inability to Take Action

People suffering from passive ideations tend to lack the ability to take action, which can be frustrating and even add to their self-esteem. This lack of action can add to their overall sense of low worth, and create the misconception that they’ll never be able to break free from thoughts of death.

Lack of action can create a vicious cycle from which the afflicted person cannot break free of on their own. This is why it’s so important to reach out to the people around you that are dealing with a mental health condition. Understanding when they can no longer function on their own and directing them to proper resources can often mean the difference between life and death.

For every mental health condition, there’s plenty of stigma that keeps us from truly empathizing with those who are affected. The stigma surrounding depression and suicide is widespread and continues to be a serious obstacle to those affected, their advocates, and mental health professionals all over the world.

Statements such as “suicide is selfish” and “they didn’t really mean it” only serve to further myths and misunderstanding among the public. It’s important to make a point of educating ourselves on these complex issues, whether or not someone we love is suffering from them or not. The fact is, you’re quite likely to run into someone suffering from passive ideations or mental illness at some point in life; especially since a large portion of the population suffers from some form of mental illness).

With stigma and misunderstanding comes a lack of support. People with mental illness, and especially those suffering from passive suicidal thoughts, often need help pulling themselves out of the depths. How can we possibly help anyone if we don’t understand them to begin with? Lack of support is a common reason why those with mental health conditions don’t seek out professional help.

It’s our job as friends and family members to be there for our loved ones. If we won’t be their advocates, who will? Lending your support to someone you love who’s suffering from a mental health condition makes a bold statement; that you stand not only with your loved one, but with all those in the world suffering from a mental health condition who have no one else to turn to.

The simplest gesture of support can be incredibly impactful, helping to reduce the feelings of isolation that accompany mental illness and suicidal thoughts, and bolstering the afflicted person’s courage.

Remember that suicidal ideations, whether they’re passive or active, should always be taken seriously. Get in touch with mental health professionals and friends and family if you think someone you know is suffering and needs help. Passive ideations don’t always stay that way, and the fewer people we lose to suicide each year, the better off our world will be as a whole. Don’t fall into stigma; educate yourself and be aware of what mental health really looks like.

Including Peptides In Your Healthcare And Wellness Routine: Are They Right For You?

Include CBD in Your Life With These 5 Simple Ways