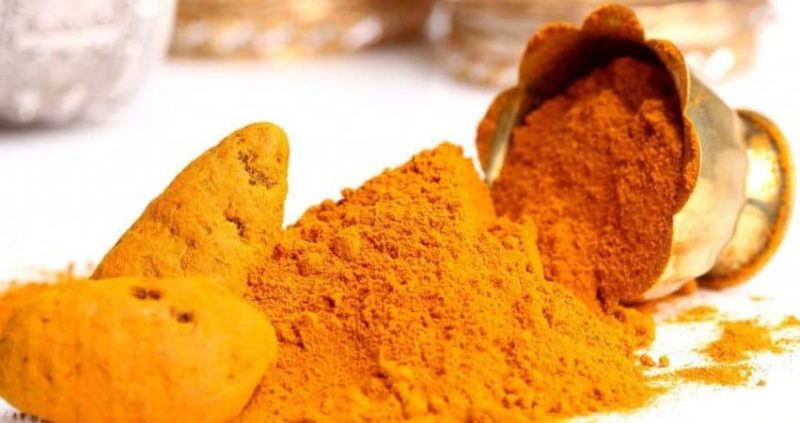 Aluminum toxicity is one of the major concerns in today’s calendar. Though, the metal – aluminum, is not capable enough to enter your body wall that easily but it still plays a major role in disrupting the balance of the system and can also turn fatal.

Yet you can deal with this issue if proper precautions are taken. Turmeric (Curcuma longa) plays a significant role in helping our body from the fight against aluminum toxicity.

Turmeric comprises a well-known compound – curcumin. It is anti-inflammatory and antioxidant in nature. It is a polyphenolic antioxidant and provides you with many health benefits.

These are the anti-inflammatory properties of curcumin, because of which its supplements work as an excellent option for protecting your brain in case you have a chronic disease related to inflammation.

Turmeric can deal with many diseases like joints and heart disease. Also diabetes, fatigue, cancer, depression, etc. And it is found that deferoxamine is the ultimate remedy that can heal this issue if nipped in the bud.

A number of studies have been made on rats to test the effect of turmeric on aluminum toxicity. Curcumin is found to prevent the neurotoxic effects of ingested aluminum.

The study examined the effect of curcumin on aluminum-induced alterations in aging-related parameters in the hippocampus and cerebral cortex of the brain of 10- and 24-month-old rats.

The rats were given aluminum and curcumin dosages in an orderly manner within a particular span of time. The aluminum-fed rats were compared with those in which curcumin and aluminum were co-administered and observations were made.

The magnitudes of alterations varied in young and old animals. Some aluminum-treated rats experienced effects of glutathione and superoxide dismutase antioxidant enzymes systems in the brain.

These are responsible for controlling memory and also learning as projected by the water maze by Morris and the elevated maze due to the distinguishable oxidative damage.

Aluminum also caused an increase in the acetyl-cholinesterase activity and was concentrated in the tissues.

It is found that curcumin exerts a protective effect against the aluminum-induced aging-related changes. This happens by modulating the extent of oxidative stress.

Hence, it was concluded that decreased oxidative stress in the brain which gives birth to aluminium-induced age-related changes can be protected by curcumin.

It is not wrong to say that curcumin has neuroprotective effects, which helps against aluminum-induced cognitive dysfunction and oxidative damage.

The hypothesis of the relation between the metal aluminum and the common Alzheimer’s disease (AD) is supported by several epidemiological studies.

Drugs that are currently available to treat Alzheimer’s can only affect the functioning of the intact neurons. They fail to prevent degeneration. Curcumin improves performance in behavioral tests.

This proved that curcumin prevents AD-induced neurological changes and aluminum-induced chronic neurotoxicity by improving behavioral parameters and histological status of the nerves.

Reactive oxygen that is produced by mitochondria causes oxidative damage. This mechanism is linked to neurodegenerative disorders and aging.

Curcumin supplementation has been seen to normalize the activity of the mitochondrial complexes. Plus, the level of antioxidant enzymes also improves.

The mortality rate can be is decreased with early detection and prevention of exposure. As deferoxamine is the exclusive line of treatment, it would be wise to look forward to nutraceutical. Turmeric can be helpful as an alternative therapy.

You can take turmeric as a part of the diet. You should look for turmeric extracts standardized at a high percentage of curcumin and take at a dose of 500 mg two or three times daily.

It is important to note that turmeric is absorbed poorly in the body. To take care of this issue, it is recommended to take turmeric with black pepper.

Piperine is present in black pepper which helps in absorption of turmeric. However, talk your doctor before starting any such medications.

You need to be careful when you take curcumin supplements. Turmeric supplements should be taken with caution.

Overdosing, reactions or interference with other drugs can lead to complications. Turmeric supplements should be avoided in the following conditions:

Side Effects Of Turmeric

Long-term use of turmeric supplements can cause stomach upset. Hence, this may be harmful to those with ulcers or gallbladder problems.

Turmeric is used to stimulate the uterus and regulate periods. So, if you are pregnant or nursing then it should be avoided.

Turmeric may also have blood thinning qualities. That’s why see your doctor before taking it. Avoid taking it if you are about to have surgery.

There has been an issue over a chemical which is used to extract the curcumin from the turmeric that is known to cause all kinds of neurological issues.

That is why it is important that you have a thorough research of the manufacturing techniques used when processing curcumin.

Intake of too many turmeric capsules may increase body temperature. There is a possibility that high-dose turmeric ingestion may lead to high oxalic acid in the urine leading to kidney stones.

1.How Can Turmeric Help In Bipolar Disorder?

3.Benefits Of Turmeric For Menopause and Post Menopause Condition

28 Most Effective DIY Face Mask For Acne & Its Scars

11 Healing Properties of Purple Corn That Many Dont Know