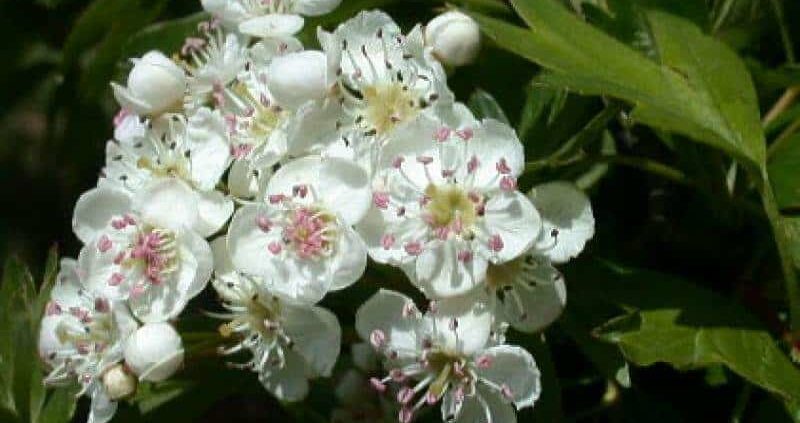 If you suffer from gastrointestinal diseases and heart problems, then you can opt for Crataegus Oxyacantha. The herb can effectively treat respiratory illness, reducing blood pressure, and stress.

Studies have proven the various health benefits of Crataegus Oxyacantha. To know more about this non-toxic life-saving herb scroll down.

What Is  Crataegus Oxyacantha

Crataegus is believed to be the king of heart tonics. Crataegus Oxyacantha is commonly known as Hawthorn. You may also be familiar Crataegus with the commonly used name Hawthorn.

Maybush, Whitethorn, English Hawthorn are some other names associated with Crataegus oxyacantha. Hawthorn has been used to relieve heart diseases almost since the 1st century.

This plant is found in places like North America, North Africa, Central Europe and Western Asia. It is also seen in the Himalayas, Central and Southern France and the UK.

Crataegus Oxy is one of the most widely used herbal heart tonics. It has been used extensively as it has many beneficial cardiovascular properties. It is a flowering shrub of the rose family.

You should include it in your lifestyle as it is a cardiovascular system tonic, an anti-hypertensive botanical and induces a more normal blood lipid profile.

Research all over the world has proven it to be a safe and reliable plant derivative for cardiovascular disorders. So without any apprehensions, go ahead and read more about it.

Hawthorn is a small tree or bush which grows to a height of 7.5 m in height. The plant has deciduous leaves. Its flowers bloom from April to June and which have a strong smell and are white. The fruit is red, spherical and contains one, two or three nuts.

Parts Of The Crataegus Used

Many of its parts like Flowers, dried leaves and fruits are used for medicinal purposes.

Hawthorn berries have medicinal qualities as they contain a high content of bioflavonoid.

How Does Crataegus Oxyacantha(Hawthorn) Work?

WHAT MAKES IT SO SPECIAL

Let’s have a look at all the qualities that make it so unique.

Now I’ll tell you about the various medicinal and health benefits that the plant has.

It is used primarily to treat the following:

Crataegus, when given in the right amount, reduces the mean arterial pressure. It works by keeping the blood pressure in the normal range by stimulating few of the receptors linked to blood pressure.

It is believed to increase cardiac output and increase the flow of blood. It has many properties that can prevent heart failure. The medicinal properties related to the same are anti-inflammatory, anti-oxidative, vasodilating, anti-platelet aggregation, and endothelial protective effect.

All these properties keep the blood flow normal, maintain the health of the heart, and remove any blockages present in the heart. This a; together protects the heart from heart failure.

It is believed to counteract rhythm disturbances. It acts directly upon the heart.

Crataegus excites the heart moderately, but the long-continued use of the drug may result in a lowered tone of the heart. Its action is milder than both Digitalis and Strophanthus

You can use it to enhance your memory if you use it in combination with Ginkgo biloba. The Ginkgo Biloba also has many other health benefits.

It is very effective, and its tonic effects appear to be more lasting than other drugs.

This drug provides more tardy relief than other drugs, and its action continues without any harmful result even after long-continued use. In many cases, it results in a permanent cure.

When taken in moderate doses, it soothes the heart’s actions and promotes a cure. With regular use, it restores the normal functioning of the heart and provides relief against chronic heart diseases/

7. Functional Disturbances Of The Heart

Crataegus is also a valuable remedy in treating disturbances of the heart, especially when they result from indigestion, and heart failure threatens.

It is believed to restore and support heart function. Some of the heart functioning that Crataegus can restore effectively are:
• Palpitation.
• Tachycardia.
• Angina Pectoris: It is believed to give relief from cramp-like symptoms.
• Cardiac dropsy
• Albuminuria
• Bright’s disease and
• Diabetes.
• Anemia: It is useful for young girls with weak and irregular heart action.
• Collapse during typhoid fever: should be used to treat people who collapse during typhoid fever.

8. It Has Therapeutic Powers

The plant is sweet, sour, aromatic and is known to improve peripheral circulation. It stabilizes the blood pressure, heart rate, and coronary blood flow. It exhibits antioxidant and diuretic properties.

Chest pain or Angina occurs when the blood flow to the heart is less. Crataegus drastically improves the blood circulation to the heart and increases endurance power of the heart.

Crataegus when used in combination with other herbs like Saint John’s wort, passionflower and valerian are very useful in relieving problems like nervousness and anxiety.

The flowers of Crataegus have been used by many to reduce respiratory problems. It soothes the respiratory tract and throat as it contains pectin in it. It is also useful in preventing the growth of bacteria.

You can also go through antiviral herbs to treat different heart ailments.

Do you want to stay healthy and slim?

Crataegus is the herb for you.

Research says that patients who experienced poor tolerance of exercise responded positively to the use of Crataegus, which in turn improved their cardiac function.

How To Use Crataegus Oxyacantha In Daily Life?

You can use hawthorn for digestive system complaints like indigestion, diarrhea, and stomach pain.

It is used to reduce anxiety, and as a sedative, You can use it to increase urine output and menstrual problems.

Crataegus is also used to treat tapeworm and other intestinal infections.

You can also use Crataegus and apply it to the skin for boils, sores, and ulcers. Crataegus preparations are used as a wash for sores, itching, and frostbite.

You can use hawthorn among the other ingredients in candied fruit slices, jam, jelly, and wine.

Safety Precautions And Side Effects In Using Crataegus Oxyacantha

It is a non-toxic herb. It does not accumulate in the body. There are no known side effects of it, and it does not lead to dependence. Because of all this, Hawthorn is safe to be used over long periods.

Hawthorn is believed to possess hypotensive action and as a result, should be used with caution in low blood pressure. Studies have shown the herb to decrease blood pressure even further and in some instances causes fainting.

You should check with your doctor before taking hawthorn if you are already pursuing any medication for blood pressure.

Usage of the herb as the prescribed dosage will result in benefits, but overdosage may lead to complications. Therefore, It is always beneficial to consult a medical practitioner/doctor before using the herb.

Only very few reports of Crataegus being toxic have been reported so far. A literature review of the plant reveals no evidence of toxicity of hawthorn extracts when taken in recommended doses.

Studies Suggest Safety Of Administration In Human Use Of The Plant

How Much Do You Need?

The dosage range recommended in review literature is 160-900mg hawthorn extract per day, in 2-3 divided doses.

The “haws” or fruits of the common hawthorn are edible, but the flavor has been compared to over-ripe apples.

In the United Kingdom, Jelly and wine are made from Hawthorn. The leaves are edible and are used in salads. The young leaves and flower buds, which are also edible, are known as “bread and cheese” and consumed in England.

They are used to make many kinds of Chinese snacks, like haw flakes and tang hu lu. The fruits, which are called shānzhā in Chinese, are also used to produce jams, jellies, juices, and other drinks.

The fruits of Crataegus Mexicana are known in Mexico as jocotes and are eaten raw, cooked, or in a jam during the winter months.

In the southern United States, fruits are made into jellies which are considered a great delicacy. The Kutenai people of northwestern North America use red and black hawthorn fruit for food.

The Final Word On Crataegus Oxyacantha

Crataegus is a safe botanical medicine to use in most clinical applications. It has a long history of use for improving the functions of a compromised heart.

Crataegus is a strong healing partner for lowering hyperlipidemia and normalizing an unfavorable lipid profile.

It also helps correct the underlying causes of fatty liver. Crataegus helps to treat hypertension and promote a normotensive state in patients.

Crataegus is considered a valuable herb for the heart and cardiovascular system. It can be combined well with Melissa and Lavender and used in nervous heart conditions.

In hypertension, it can be combined well with Lime Blossom, Yarrow, and Mistletoe. It should be avoided by people who suffer from low blood pressure and can be taken by others with benefit to help support the functions of the heart.

Hawthorn’s therapeutic actions come from the berries, flowers, and leaves. The total complex of plant constituents is considered valuable as a remedy for those with circulatory and cardiac problems.

It is also believed to encourage concentration and memory function as it improves circulation of blood and oxygen to the brain!

Hawthorn is an excellent herb for relaxing nervous tension brought on by the stress of a job, family worries, and any other stressful conditions. It is also aid in sleeping well.

All that in a herb is pretty amazing. So go ahead and include this herb in your life to stay fit and healthy.

Xenoestrogens: Everything You Should Know About Them