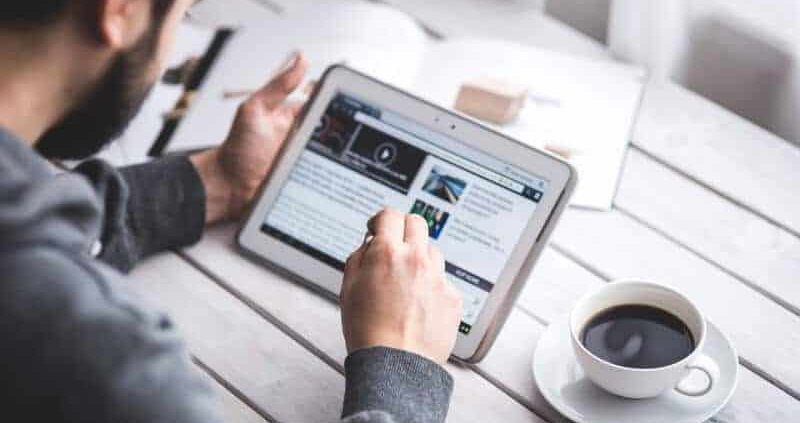 Have you ever wondered if your favorite cup of coffee could cause gas problems? Read on to find out more and understand what you can do about it.

Coffee relieves fatigue and makes you feel alert. One of the main reasons why coffee is popular is due to its ability to produce a surge in energy levels. It also contains antioxidants that help to fight the effects of aging and damage to the tissues.

Can Coffee Cause Gas?

Some individuals may experience gas and bloat by drinking coffee. Although it is not common, coffee may result in an upset stomach or digestive problems.

Gas, stomach pain, bloating, and gastric upset, are usually seen in those who consume large quantities of coffee frequently.

Some enzymes and compounds found in coffee may set off immune responses that produce bloating, gas, inflammation, and diarrhea.

People who are sensitive to caffeine, which is present in coffee, may observe gas and bloat.

Gas, also known as flatulence, is a condition of excess gas in the digestive system, which is released through the anus. It is a normal process that occurs during digestion, where the body relieves itself of excess gas. The other means of getting rid of excess gas is through the mouth, by burping.

Swallowing air is one factor that leads to excess gas in the digestive tract. It is common for us to swallow air while eating and drinking.

This leads to accumulation of oxygen and nitrogen in the digestive system. While the body usually releases this excess gas by burping, the remaining is released as flatulence.

The other cause of gas the digestion of food in the system by bacteria. During the normal process of digestion, the food enters the large intestine, where bacteria help to break down the food. This produces carbon dioxide, hydrogen, and methane gases, which are released as flatulence.

Some foods can also lead to excess gas. These take a long time to get digested and can produce flatulence with odor.

Some of these foods include:

Foods that are not completely digested and absorbed enter the large intestine, where the action of bacteria causes gas.

Symptoms of excess gas include:

i. Gas with foul odor

ii. Increased frequency or too much release of gas

v. Pain or discomfort in the abdomen

Effects Of Coffee On The Digestive System

Here is how drinking coffee affects the digestive system:

Compounds present in coffee, including caffeine, may cause irritation to the lining of the digestive tract. Consuming coffee leads to the production of higher quantities of hydrochloric acid by the stomach.

The body usually produces limited amounts of hydrochloric acid when we are stressed out. However, frequently drinking coffee in this situation leads to an over-production of acid.

Regularly doing this over a period of time can reduce the body’s ability to produce hydrochloric acid. This is especially harmful when you drink coffee on an empty stomach.

Hydrochloric acid plays an essential role in the process of digestion. Shortage of acid hampers digestion and the breaking down of proteins is majorly affected. The inefficient digestion of proteins can cause gas problems.

Coffee may also produce heartburn or acid reflux. Coffee has been found to relax the oesophageal sphincter, a muscular valve that controls the entry of food into the stomach.

Relaxing of this sphincter leads to acid from the stomach escapes into the esophagus, irritating its lining. This happens even with decaffeinated coffee. Potential complications of this condition include ulcers, sores, or even permanent damage to the esophagus.

Increased acidity in the stomach due to coffee consumption enables bacteria to thrive in the lining of the stomach, which leads to ulcer formation.

People suffering from gastrointestinal disorders may experience irritation in the intestines, also cause flatulence. Drinking coffee may also delay or prevent healing of a damaged gastrointestinal tract.

In such cases, it has been proven that stopping coffee consumption can relieve the irritation and heal the damage.

Coffee can quicken the movement of the food along the digestive tract. Its laxative effect on the body results in emptying the bowels, even before the food has been properly digested. The undigested food leads to release of gas.

There are natural laxatives to beat constipation instantly.

Drinking coffee can interfere with the ability of the body to absorb and retain various minerals that are vital for functioning. It affects the absorption and retention of calcium, magnesium, iron and zinc.

Magnesium is important for the functioning of muscles regulates the conversion of food into stored energy and ensures healthy bowel movement.

Calcium helps to maintain strong and healthy bones, while zinc boosts immunity and working of the immune system.

Iron is a major component of blood cells and their production.

Drinking coffee boosts the levels of cortisol and adrenaline in the body. Elevated levels of these hormones lead to increased heart rate and blood pressure. They increase alertness and prepare the body to deal with any potential threat.

The increased production of these hormones can affect the working of the stomach, thereby affecting digestion. Problems with digestion can result in bloating and gas.

While gas troubles could be caused by the caffeine content in coffee, another possible cause could be the use of milk and dairy products in its preparation.

People with lactose intolerance can experience flatulence or gastric trouble with coffee consumption. This is caused by the use of milk or cream in coffee.

Lactose intolerant individuals lack or do not produce sufficient amounts of lactose, the enzyme that helps to digest dairy products.

The use of artificial sweeteners and sugar substitutes may also lead to excess gas.

How To Relieve Gas Due To Coffee?

Getting rid of gas troubles means that you need to reduce the amount of gas in the digestive tract.

How Many Cups Of Coffee In A Day Is Healthy?

Home Remedies To Get Rid Of Peeling Skin On Face,Hand,Feet