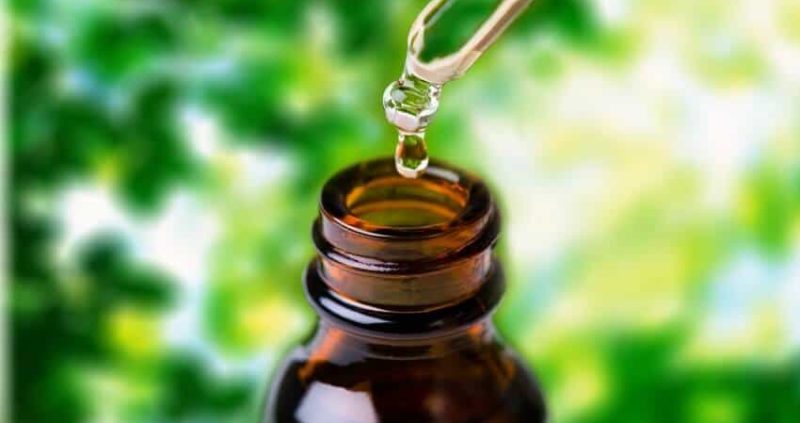 The Egyptian Musk Oil is one of the most popular scents that has been in use for many thousand years; the ancient Egyptians first identified it. Discover amazing benefits, uses of Egyptian musk oil by reading further.

Before going for that you should know why is so famous. Here is a little bit of history associated with it.

Queen Cleopatra VII is one of the most famous women of the past. She was the last Greek ruler of Egypt who was very popular and powerful.

She rose to power and position by captivating the two most powerful Roman rulers of her time, Caesar and Mark Anthony by her charms.

The smell of her aphrodisiac perfume helped her to win over powerful and influential men of her time. She is known to wear the perfume of the Egyptian musk oil.

The mystifying scent of this musk oil helped her to win favors of the Roman ruler Mark Antony, the king of Rome. This made me wonder that if this perfume can help the queen, you too can use it to your benefit.

In fact, there are many health benefits of the musk oil too, about which we will talk about in this article.

In this article, you will know about the fragrance worn by the Egyptian Queen, Cleopatra, the Egyptian Musk oil, its history, occurrence and characteristics, its usage, its nutritional and medicinal value and also how you can make this musk oil at home.

What Is Egyptian Musk Oil? 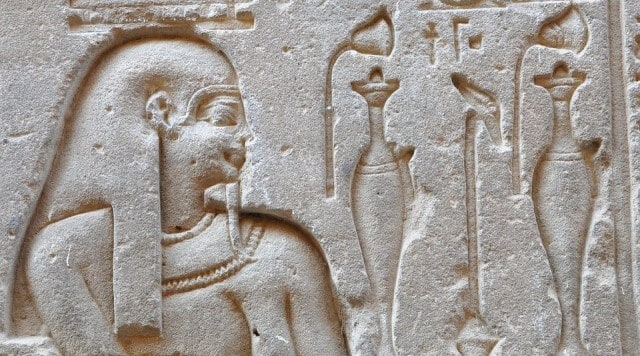 WHAT IS EGYPTIAN MUSK OIL

Its original recipe and formulations are mentioned in the ancient Egyptian books that are not easy to understand in the modern times.

It is known to be made with some ingredients and has a complex formula.

This scent is very popular for its aphrodisiac qualities, it is used to attract the opposite sex. However, you can use it for different medicinal uses too. If you use this aroma you will also fall in love with this ancient scent, in fact, it remains one of the highest sold scents of all time!

When you wear a scent that is appreciated and also liked by other people around you, it gives you a greater sense of confidence.

Egyptian musk oil is described as a special kind of musk oil that comes from Egypt. The Original Musk oil was very rare and costly, and therefore, it could be afforded only by the royalty because of the main ingredient musk being rare and a number of rare essential oils being used to prepare the perfume

But modern perfumery has brought the production costs of the perfume to minimum, bringing down its price which has resulted in it becoming affordable by the common people, further enhancing its popularity.

However, Egyptian musk oil today is just a tried duplication of the original perfume product that used to be made in ancient Egypt.

Presently, there are many brands making the so-called Egyptian musk oil. However, this artificial musk oil varies in aroma and chemical constituents from brand to brand.

How Was Egyptian Musk Oil Prepared?

Musk is the common ingredient in almost all kinds of musk oil. Musk was initially the fragrant chemical that was derived from the musk(sex) glands of the cat like animal civet.

Since killing civet to make perfume is no more acceptable, synthetic musk or musk that is  derived from the plant sources is now used in place of the animal musk ( Note: there are some sources that say that the Egyptian musk oil was prepared from the musk glands of the musk deer, but that is impossible since no such musk deer was found in Egypt.

The Indian musk oil was prepared by such procedure from the musk glands of the musk deer found in the Himalayas). Synthetic musk or white musk is a chemical compound made in the laboratory that mimics the original musk aroma to a great extent, though not fully.

Musk is derived from plant sources like musk mallow found in India and musk flower found in Australia.The ancient Egyptians used the natural musk. The aroma of the ancient preparation is a mix of a citrus, fragrant smell of the damp woods and clay in the forest.

The ancient musk oil that was prepared by the Egyptians had ingredients like rose, natural Musk, Frankincense, myrrh and each mixed in a base oil. This base oil used to mix all the ingredients well.

The properties of musk oil make it unique and tell us why it is more popular than the other perfume oils. The popularity of musk oil has resulted in brands producing different variants of it, like the Red Musk that cater to specific customer tastes.

The Egyptian Musk oil does not have a strong odor. The perfume is not strong and therefore, you can apply it liberally over the body.

You can use it as a powerful deodorant. It masks the smell of sweat and other bodily odors and erases them all, leaving a pleasant, floral lingering fragrance.

The Egyptian Musk oil has a unique feature; it strengthens with body heat. As more and more of your body heat is released it becomes stronger, it, therefore, is a slow release perfume, making it long lasting when you apply it.

The unique combination of essential oils in it provides many health benefits. Special musk oil mixtures may also be prepared by adding different amounts of the ingredients to achieve different uses.

Benefits Of The Egyptian Musk Oil To The Skin

The Egyptian caves show pictures of Egyptian women rubbing the oil all over the body, it is speculated by the scientists that the oil kept the skin both healthy, moisturized and beautiful. You can use this oil for antiseptic as well as cosmetic properties.

You may use it to keep most insects, pests and flies away. It is an insect repellent.

Egyptian musk oil can be used for a lot more purposes than just a body perfume. You can add a small amount of this perfume oil to add fragrance to many household products, like soap, body cream, hand sanitizers, shampoos, bath scrub lotions, night creams, lotions and in aromatherapy.

The founders of aromatherapy, Egyptians were the first to find ways of transforming energy with oils.

You can smell these oils directly from the bottle, place them on a cotton cloth to smell them or smell them as steam from boiling water by mixing them in water and boiling them.

The aromatherapy from the musk oil helps during spiritual practices, such as yoga and meditation.

Musk oil from ancient Egypt can fight various fungal, viral or different bacterial infections too. You can use the musk oil as a medicine to stabilize the human emotions and alleviate skin allergies.

The Indian musk that was obtained from the musk glands of the musk deer of the Himalayas has been mentioned in Ayurveda; it is used as Kasturi Bhairav Ras ( for alleviating fevers ) and to treat different cardiovascular problems as well.

In the Unani medicine, musk is used for many more purposes like treating cough and treating palpitation.

You can use musk as a cardiotonic, neuroprotective, antitussive and also anti-inflammatory.

Musk has many aromatic compounds like phenols, acids, aliphatic alcohols and waxes.
The most important chemical compound in musk is Muscone, which gives the musk its aroma.

Natural musk contains about 20 % muscone. Synthetic musk oil is engineered to have a similar concentration of muscone. It also has many health benefits.

Muscone has a strong effect on the psychological state of a person. It has a strong ability to affect a person’s mood and also calm down his anxiety and stress so you can use musk oil as a natural anti-stress herb.

Nervous system problem patients can also use the oil as muscone lessens the damage caused due to the various toxins to the human nervous system, it is a super herb for the nervous system.

It reduces cell apoptosis ( programmed death ) due to oxidative stress on endothelial cells.

How Can You Make Egyptian Musk Oil At Home?

In this process you are using the Ambrette oil and, therefore, you do not need any white musk or synthetic musk, this oil does that trick.

The good news is that you do not have to be very nervous while making this oil as there are no exact formulae for making Egyptian musk oil. This is a very simple recipe and handling these essential oils is very safe as they are not toxic or inflammatory they are safe to be used even on children.

The key here is to mix the ingredients in the quantity according to your preference.

1. First of all, you need a bottle apt for a perfume. Take a large perfume bottle, about around 250 ml in volume.

3. Add 4-6 drops each of patchouli, cedarwood, rose and of amber essential oil. Patchouli has a strong odor that may not be liked by some. However, you can skip it if you want.

4. Add 8-12 drops each of frankincense essential oil and myrrh.

This will make the Egyptian musk oil smell like musk with light and pleasant overtones of frankincense. Rose and patchouli add flowery aroma. Cedarwood essential oil adds a woody aroma.

This simple process can save you real money and also give you the experience of actually using the Egyptian Musk oil scent. You will be delighted to hear compliments for your unique perfume from the people around you; it would add to your confidence and overall personality.