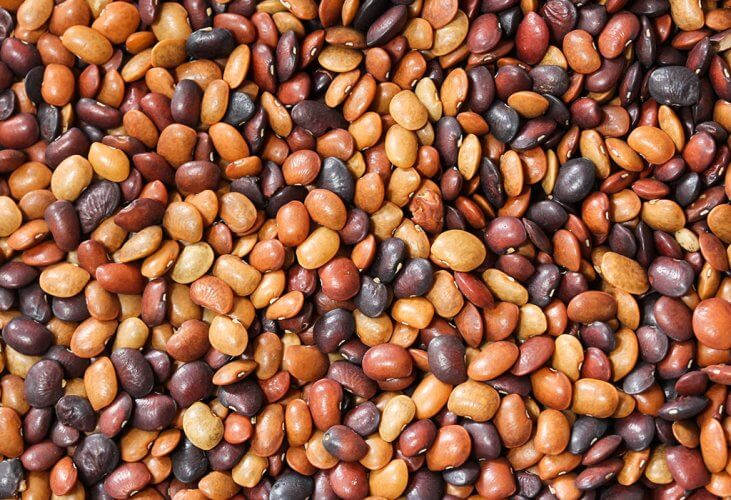 The horse gram is a ‘miracle pulse’. It is also called Macrotyloma uniflorum.  This low-profile legume is used as a staple food for the cattle and the horses. Though it has many medicinal uses and surprising health benefits, it is also used in cooking.

The US National Academy of Sciences has declared this crop to be as a potential food source for the future owing to its nutritious value and drought resistance. Its protein value has no limits and is extremely high powered. Thus, this was the reason, horses were fed horse gram before the races, so that they remain energetic. This article will focus at the nutritional value, medicinal uses and health benefits of horse gram. Thus, you may sit back and enjoy the knowledgeable ride.

It helps in the treatment of kidney stones, piles and common cold etc.

Thus, corresponding to the above-mentioned analysis, some of the major health benefits of horse gram have been specified herein:

It is extensively used in Ayurvedic medicine for treating many health problems including rheumatism, conjunctivitis and piles.

These grams are believed to have astringent and diuretic properties and thus are applied on deep scratches or marks on the body to soothe the same. They also help in proper clotting of the blood.

The beans are advantageous for extracting phlegm and removing the extra mucus which is produced in the nasal or respiratory tracts during common cold or other disease.

They are supposed to be helpful for maintaining the body warm during the winter season.

These beans also help to control common cold and fever. Usually, horse gram is consumed in the form of soups by which they relieve the nasal tracts. This allows the mucus membranes to soften and melt. Furthermore, this health benefit of horse gram aids in easy breathing and boosts the metabolism required in the body.

Indigestion can lead to issues like GERD and acid reflux, which can make you really uncomfortable. Thus, horse gram is recommended as it helps to stimulate the digestive tract, thereby making digestion much easier and quicker.

Horse gram also helps people suffering from conjunctivitis. It is advised that people going through the same, should splash their eyes with gram seed water in the morning and continue the same for about 2 weeks to see best results.

The phenol content of horse gram also helps to lose weight. Horse gram helps to lose weight as it fastens the metabolism rate in the body. Further, it also acts as a blood thinner at certain instances which helps in quick pumping of the blood, creating more energy and thus lessens the consumption rate furthermore. Also, these legumes are low in lipid and sodium content which helps to digest the starch slowly and makes it ideal for obese patients. This happens only when you have horse gram in powder form along with some cumin seeds. Mix the two up with some warm water and have it on an empty stomach in the morning. This will surely aid in losing weight.

Horse gram helps in lowering the cholesterol levels in the body leading to a healthy lifestyle for the person. They also help in preventing obesity.

As per researchers, the lipid extracts from this gram are helpful in treating peptic ulcers, which is essentially a disease caused in the stomach of the person.

Flatulence is basically the accumulation of gas in the intestinal tracts. Horse gram helps to release this extra gas from the intestines and other canals thereby providing relief to the person actually suffering.

Horse Gram is also believed to be helpful in treating kidney stones as it helps to soften them up in the kidney due to its nutritional content and helps to pass them out while urinating.

It is also considered to be high in iron, calcium, and protein. It is also mandated that it has the highest calcium content amongst all other pulses and thus, is a very rich source of proteins for the body.

It helps to treat the symptoms of Leucorrhea, which if not treated can lead to various vaginal problems for women such as infections, pain and inconsistency in colour of discharge.

They have also been used to treat skin rashes and boils. You just need to soak the legumes overnight, make a paste out of it and apply it on the affected area. This will expedite the healing process and help get rid of the itching and rashes also.

Researchers have also found that unprocessed raw horse gram possesses anti-hyperglycemic properties which help to reduce insulin resistance. Thus, it helps to bring down the blood glucose levels in the body and aids in quick carbohydrate digestion. This is the reason it is used to cure Type 2 diabetes. It is also considered to be a diabetic friendly food product as it helps to increase the insulin production in the body by stimulating the kidneys. Further, blood glucose levels are brought down which help reduce the carbohydrate digestion rates as well.

Horse gram is loaded with powerful nutrients and fibre and thus also helps patients suffering from constipation or irregular bowel movements. To solve the problem of constipation, horse gram should be soaked overnight and then eaten as a salad ingredient in a raw form.

There are many women who suffer from urinary discharge as it’s painful, foul-smelling and may cause inflammation around the cervix. Ayurveda opines, to get relief from the same, one should consume pre-soaked horse gram along with some hot water every morning. This can help loosen the tight membranes causing the urinary discharge.

The paste of these seeds is used for relieving localized swelling. This happens because the seed, increases sweating and opens up the sweat pores of the body. This helps to push out the toxins from the body.

The seed of this legume is highly powerful. It is burnt and then the smoke which it releases is inhaled. This helps the person to get rid of hiccups.

Since horse gram has ton of fibre in it, it helps with soaking up of the extra fluids inside the intestine. This helps to get rid of diarrhoea and associated conditions as it allows smooth bowel movements.

Cold infusion or powder of the seeds of this gram is taken to treat renal calculi, pain in the urinary bladder and if a person is suffering from problematic micturition.

It also helps to induce menstrual periods. Hence, women with either irregular periods or scanty bleeding are advised to consume horse gram in their daily routine.

It helps to solve and ease out a number of other disorders such as:
a) eye disorders
b) pain or burning sensations in the lower abdomen
c) respiratoty disorders such as asthama
d) haemorrhoids, abscess and anemia
e) worm infections in the wound or the intestine
f) bloating or water accumulation in the body
g) rhinitis
h) cold, cough and fever
i) inflammation of joints or lumbago
j) gout, Parkinson’s disease or neck stiffness

Hose gram has been extensively used to treat peptic ulcers due to its extracts. It has also known to be resolving the problem of jaundice in most patients due to its protein rich content.

The mean protein value of this legume is about 25.5% which is equivalent to soya bean or winged bean. They are also considered to be richer in lysine content when we compare it to a gram pulse.

Its leaves may also be used for Vitamin C deficiency due to the excessive amounts of ascorbic acid and calcium in them. Following mentioned is a chart which basically specifies the nutritional element in 100gm of horse gram. This chart will help you keep a track of your daily consumption of this legume and how it will benefit you:

Horse gram has been referred to as with a very different name owing to the place it is grown in. the various names of this legume are being provided herein so that it leads to less confusion when you are actually purchasing and consuming it:

Precautions And Side-Effects Of Horse Gram

While using this gram it is imperative to be careful about certain aspects. This is because, consuming this gram without the preventive aspects in mind, it may result in total loss of the functionalities of a body. Thus, some of the preventive techniques are mentioned below:

iii. It is also known to reduce or decrease semen and sperm quantity and quality. Hence, people who are seeking male infertility treatment should not consume this at all.

iv. Try to avoid consumption of horse gram when you are suffering from anaemia or gout disorder.

v. Breastfeeding and pregnant women are to avoid this completely.

vi. People suffering with liver issues and TB should also not consume horse gram under any circumstances.

You need to remember that horse gram is a heat producing legume. Thus, physicians have advised to use it and have it with buttermilk or cumin seeds, so that the heat remains balanced in the body.

You should consume horse gram twice a day usually. However, this completely depends upon the situation and the aggravation of the disease. You can be benefited with the health benefits of horse gram by using it in different recipies. the Further, you may also use it in various ways such as

i. Pre-soak the seeds overnight
ii. Next morning cook until the seeds are soft
iii. Remove the cooked seeds and cool off.
iv. Grind seeds into a paste.
v. In a pan heat the oil and the rest of the condiments
vi. Add tamarind paste and fry. Once fried add a cup of water and the paste of horse gram seeds to it.
vii. Stir for 20 minutes to make a thick soup.
viii. Garnish and then serve hot.

i. Dry and roast the seeds, dal and the remaining spices after which keep them aside.
ii. Grind everything together to form a powder
iii. Add salt and grind again until coarse powder is formed.
iv. Store in airtight container.

i. Dry roast all the dry ingredients on low flame
ii. Add the onions and coconut powder and dry roast again
iii. Add a little water and make a smooth paste. Add the horse gram seeds to it along with the curry leaves and tamarind juice.
iv. Let it cook for few minutes and then garnish with coriander.

i. Dry roast all the ingredients.
ii. Remove from flame and grind until it becomes a coarse powder
iii. Place the powder in a pressure cooker and add water
iv. Add the garlic, curry leaves and salt.
v. Cook for 10 minutes on pressure.
vi. Garnish with coriander and serve hot.

This is considered to be the best for treatment of cough and cold. Just dry roast the gram seeds and add asafoetida to it. Then grind them and store the powder in a container. Every morning, mix one spoon of the powder with warm water and have it on an empty stomach.

We hope this article was relevant enough to make you understand about the benefits and side effects of the horse gram. As beneficial it is, the extent with which it should be used has to be monitored. This can be either done by referring to a physician or be taking adequate precautionary steps.