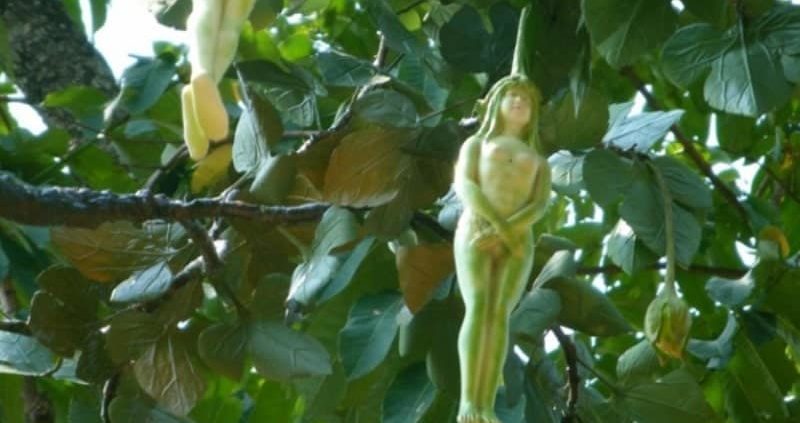 If you have come across woman shaped flower known as Narilatha online, this must have blown your mind. You must be wondering where can I get this.

Does this even really exists. Information on many websites are misleading on this topic. Mother nature has given us lot of beautiful plants and flowers.

Some are really unique and some are just created out of Photoshop to gain popularity. One such example of this isNarilatha flower.

This flower gained popularity due to its unique shape. It became one of the most trending topics on the internet last year. Let’s find out the real fact about it.

Narilatha or Liyathambara flower has gained fame due to its shape which looks like a woman. The name of the flower when translated in Hindi means a flower in the shape of a lady.

The information given on the web suggests it grows in the Himalayas in India and bloom at an interval of 20 years. They were considered as the rarest flower in the entire world.

Last year, Narilatha was exploding all around the webs, social sites, forums, etc. The truth about its existence is dicey. Evidence claim that this plant does not exist in the Himalayan region and was just a fake news created by some of the websites to gain popularity.

Why Was Narilatha Considered Fake?

Narilatha was considered fake due to a variety of reasons. The first reason is that the news was more of an internet boom.

The flower gained popularity on the internet only, it was not being sold anywhere in India. Its internet existence suggests it to be a fake news created by some websites to gain traffic.

Secondly, the photos of the plant looked like a photoshop work. The photos posted on the internet were same. Hardly, four to five were posted that looks similar and photoshopped to a large extent.

Third, people who believe that to be one of the rare plants never approached a botanist to recognize its family or class. This itself suggests that nothing like that existed and that’s why they never went to the botanist.

Fourthly, the pictures of the flowers were seen all around the web, but they all lack any credibility. It was surprising to see a fruit or a tree that is not mentioned in any of the journals. Overall, all the above reasons considered Narilatha a hoax.

The Real Truth About Narilatha

The reality is there is no flower like Narilatha anywhere in the world. It was just an internet boom or you could say a market strategy used by some of the website owners to gain traffic and popularity on their website. The pictures uploaded on the internet resembled any ceramic statue painted in green color.

Not only this, only 2-3 pictures were repeatedly uploaded on several websites. Had it been a real flower, then there would have been more pictures, videos, and scientific researchers. I would suggest you not to go with such kinds of viral news until and unless there is a valid proof about the same.

28 Proven Method To Get Rid Of Beg Bugs Permanently

18 Health Benefits Of Aratilis (Kerson Fruit) You Should Know