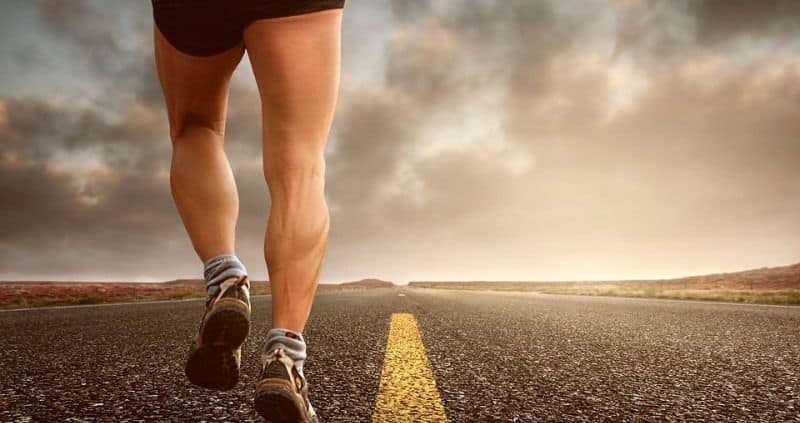 The obturator nerve is a large nerve responsible for the innervation of parts of the lower limb, mainly including the hips, the thighs, and the knees.

This nerve is a component of a more significant group of nerves, known as the lumbar plexus.

To understand its origin entirely, first, we need to know what is the lumbar region and the lumbar plexus.

In the lumbar region, we can find a network of nerves, known as the lumbar plexus. This network is formed by divisions of the first four lumbar spinal nerves (namely L1, L2, L3 & L4) and contributions from the last thoracic spinal nerve (12).

The nerves of the lumbar plexus supply the muscles and skin of the lower limbs.  They support the thigh.

The lumbar plexus, in turn, forms part of the even more extensive lumbosacral plexus network.

Now that the lumbar region and the lumbar plexus have been briefly defined, we can discuss the main topic of this article, which is the “obturator nerve.”

In this write-up, you can find information about the definition, the anatomical course, the branches, the pain causes and treatment of the obturator nerve.

What Is Obturator Nerve?

The obturator nerve is a large nerve. It is a component of the lumbar plexus that emerges from the abdomen. It is formed by the anterior divisions of the second, third and fourth lumbar nerves. This is a major peripheral nerve of the lower limb.

It is suggested that the name “obturator” is given to this nerve because it closes the legs as it supplies the thigh muscles.

The obturator nerve starts its path at the abdomen and goes on till the thigh.

Branches Of The Obturator Nerve

The obturator nerve is divided into two branches: anterior and posterior.

The anterior division reaches the femoral artery. It descends along a path between the adductor longus and the adductor brevis muscles.

The posterior division pierces and exits through the muscle “obturator externus,” and then descends in front of the adductor magnus muscle and behind the adductor brevis muscle.

Its muscular branches are the obturator externus, Adductor Magnus, and adductor brevis. Its articular branch is the knee joint.

This branch emerges from the lower border of the adductor longus, descends along the sartorius and pierces the deep fascia in the medial knee. It communicates with the saphenous nerve and distributes to the skin of the tibial side.

Functions Of The Obturator Nerve

The obturator nerve mainly supplies the lower part of the body.

The group of adductor muscles has the function of stabilizing sideways movements of the trunk when standing on both feet. These muscles also help in maintaining balance when standing on a still surface and a moving surface.

They are used in moving the thighs as required while doing activities such as riding, kicking or swimming. They also contribute to the necessary flexion when running or against resistance (jumping, skipping, performing squats).

The muscles that belong to the adductor group are:

The adductor longus is a skeletal muscle of the thigh whose function is to adduct the thigh along with other muscles. It forms the center wall of the femoral triangle.

The adductor brevis is a triangle-shaped muscle situated in the thigh. It is one of the muscles that adduct the thigh. Its function is to pull the thigh immediately.

This muscle is known as a hip flexor and hip adductor. It can act to rotate the femur laterally or medially depending on the position.

The adductor Magnus is a powerful, large and triangular muscle on the medial side of the thigh. It consists of two portions commonly known as the adductor minimus and the hamstring portion.

The functions of this muscle include acting as a medial rotator when the legs are flexed and rotated. It helps in the extension of the hip joint and in moving them in a widespread position. It’s especially active when the legs are parallel to each other.

The obturator externus is also known as the external obturator. This muscle acts as lateral rotator of the hip joint; it stabilizes as a postural muscle. It’s a short, flat and triangular muscle around the hip joint, which covers the outer surface of the anterior pelvic wall.

The gracilis muscle is slender and flattened with a structure that is broad above and narrow below. It is the most superficial muscle on the medial side of the thigh. It contributes in adducting, rotating and flexing the hip. Also, helps in flexing the knee.

Pain And Damage Of The Obturator Nerve (Causes & Symptoms)

The obturator nerve can be damaged due to injuries of nearby tissues, surrounding muscles or to the nerve itself. There can be entrapment or constraint of the nerve.

Reasons of obturator nerve pain or injuries include:

Obturator Nerve Injury Can Take Place Due To

The Symptoms Of Damage Of The Obturator Nerve Include

There are different types of treatment of the injuries of the obturator nerve.

Most of the minor injuries can be healed through physical therapy. This involves treating the muscles for the relief from tightness, as well as stretching and exercise regimes.

For the management of pain, modalities like electrical stimulation and ultrasound may be used.

Severe injuries of the obturator nerve might have to be treated by surgery which may involve nerve transfer procedures.

For this, the branch from a nearby femoral nerve from the groin is made to attach to the obturator nerve. Surgery is considered in cases in which the pain and weakness of the nerve do not respond to conservative therapies.

Physical therapy may be necessary as part of a recovery plan, with a moderate and gradual return to the usual activities.

In case of blockage or entrapment of the nerve, steroids injections may be prescribed. Steroid injections will give relief from pain and swelling, and reduce the inflammation.

These can be prescribed with other anti-inflammatory medication, to regulate the pain and inflammation.

Sometimes a decompression may be conducted in the area of an exit of the nerve from the pelvis. In refractory instances, there are chances of a spinal cord stimulation being tried.

In cases of nerve injuries, the management of pain by physical therapy and massages may be advised. This is done to conserve its mobility and improve its strength. It might be necessary to modify the activities that caused the pain or replace them with other less intense ones. Proper rest is also recommended.

The medication prescribed can be non-steroidal anti-inflammatory drugs, and pain relievers like acetaminophen.

Therapy is known as “obturator nerve block” is used for the management of pain due to chronic hip ache or after a lower limb surgery. It’s an anesthetic that is injected below the pubis and beside the adductor longus muscle tendon. This process is sometimes carried out under ultrasound guidance.

This is a condition in which the obturator nerve becomes trapped by tissues and muscles when it passes through the inner thigh. It’s usually treated with physiotherapy.

This entrapment takes place when the nerve gets adhered to the muscle and tissues of the inner thigh. The blockage limits the motion and sliding of the nerve during leg movement. This, in turn, causes stretching of the nerve and interferes with the signals that it transmits.

Entrapment may also occur when the muscles and tissues around the inner thigh are tight in excess. They compress the nerve and interrupt the signal transmission.

When the nerve is entrapped, the individual can feel growing pain in the groin during exercise that goes down the inner thigh. There is a reduction in the movement, stiffness, weakness, spasms, numbness, and inflammation.

Treatment is necessary when the obturator nerve is entrapped. It is not a condition that can be ignored. The best thing to do is to consult the physiotherapist as soon as possible. If treatment is not supplied, the pain will continue and will not allow sports performances. There’s a chance that surgery may be required.

However, the conventional treatment plans developed by the physiotherapist after diagnosing and measuring the severity of the nerve entrapment include exercise programs, postural realignment, electrotherapy, and hydrotherapy.

How To Stop Your Periods After It Has Started?