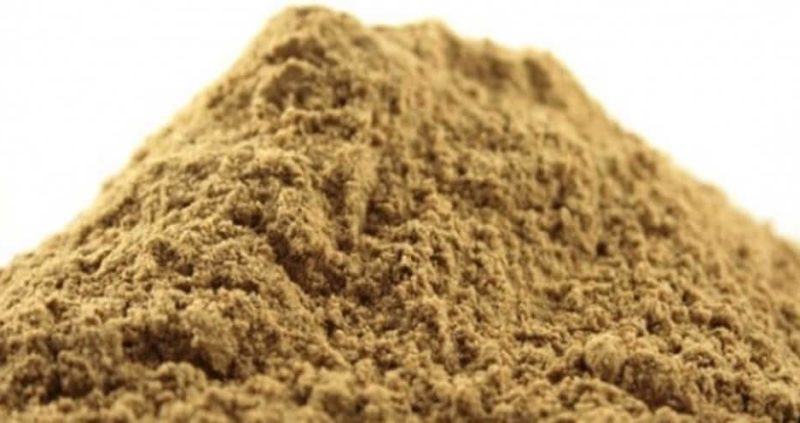 Praval Pishti is an Ayurvedic medication with many therapeutic values.It is used in the treatment of several diseases like cold, cough, and Pitta imbalance under the supervision of an experienced Ayurvedic doctor.

Praval Pishti is made with coral calcium. However, this is processed and ground with edible rose water until it obtains a very fine form before its packaging and consumption.

This medicine is used in the Ayurvedic treatment of calcium deficiency, bleeding disorder’s, fatigue, burning sensations, acidity, gastritis, ulcers, jaundice, and conjunctivitis to name a few.

Find in this article about Praval Pishti, its uses, benefits, side effects, and more.

The ingredients that compose this Ayurvedic medicine are:

It is the main component. Natural and purified Calcium from coral is used in the composition of this medicine. It is a good source of calcium carbonate, and it is similar to bicarbonate in its isolated form. However, when combined with minerals, it acquires a chemical structure similar to that of human bones.

This element is essential for the normal health of the body. The daily consumption of magnesium by an adult should be 25 grams. It regulates metabolic reactions, protein synthesis, blood glucose levels, blood pressure levels, muscles and nerve function, bone development, nucleic acid synthesis, nutrient transport, and heartbeat.

These are chemical elements required by the body in small amounts ranging from 1 to 100 mg per day. They include iodine, iron, manganese, zinc, fluoride, copper, chromium, molybdenum, and selenium.

It is used in the processing of the medicine. It is added to coral calcium while grinding in a proportion that varies according to the quantity of coral calcium.

Coral calcium is extracted from its source. It is pounded until it achieves a powder form. This follows by grinding thoroughly with a sufficient amount for rose water so that it obtains a micro-fine powder state. The process lasts for three to four days.

What Is Coral Calcium?

Praval Pishti is mainly made from coral calcium. This is a salt composed of molecules of calcium carbonate.

Calcium carbonate is the form of calcium that makes up the structures of coral reefs among others. Hence, the calcium extracted from them is known as “coral calcium”.

Coral calcium is obtained from coral reefs, and it is the most widespread form of calcium that can be found on the Earth. However, coral beds are precious for the planet and their exploitation implies environmental issues.

Coral reefs are endangered species and their harvesting implies a considerable environmental damage. For this reason, coral calcium is obtained from the limestone deposits that were part of coral reefs in the past.

The extracted calcium is refined and freed from pollutants before its processing and marketing.

The chemical structure of coral calcium is similar to that of human bones, due to which it has been used in bone grafting operations.

Coral calcium is obtained from coral grains that have been pumped from coral beds found in shallow waters or mined from the fossilized beds of the coastline.

Once obtained, the grains are ground to make a fine powder and heated up to 538 degrees Celsius. Sometimes they are also made to undergo an ozone treatment.

The processed product is now ready for sale in its powder form after packaging.  But it can also be mixed with silicon dioxide, magnesium stearate, and rice flour to acquire a capsule form. The capsules are bottled and sold to the consumer.

Praval Pishti has several medicinal properties. It is considered an:

a. Anti-inflammatory: It helps in dealing with inflammation in the body.

b. Anti-arthritic: As a natural calcium supplement, this medication prevents and treats arthritis.

c. Antacid: Due to its chemical properties, it can alleviate the production of acid in the stomach.

d. Antipyretic: It has a cooling effect on the body and hence it can relieve fevers and other heat conditions.

e. Digestive stimulant: It heals digestive disorders and promotes a healthy digestion in the body.

Praval Pishtiis commonly used to treat diseases associated with burning sensations and heat in the body or any of its part.

The medication has a cold intrinsic nature that starts showing its effects in the body within three hours of intake. It can act on the center of the temperature of the brain and induce a cooling sensation with therapeutic properties.

The health benefits of Praval Pishti include:

1. It provides natural calcium to the body, and hence relieves calcium deficiency and the disorders associated with it, such as osteoporosis and Due to its calcium content, it helps in maintaining the bones, teeth, and cell membranes healthy.

2. Apart from calcium, Praval Pishti is also a good source of vitamin C. This enhances the health of the skin by improving its luster, texture, and moisture retention capacity. It also prevents discoloration and premature aging of the skin, and it helps in the healing from sunburns and other injuries.

4. Due to its cooling properties, Praval Pishti is useful in the treatment of several disorders associated with excessive body heat, such as fever, burning sensations in the organs, excessive sweating, nasal bleeding, heavy menstruation flow, and various eye disorders that cause redness and burning of the eyes.

5. Praval Pishti is highly beneficial for the female health, as it treats menstrual irregularities, dysmenorrhea, abdominal bleeding, leucorrhoea, hot flashes, and other symptoms associated with menopause.

6. Praval Pishti also improves and strengthens the health of the male reproductive system. It can increase the sperm count and effectively treat spermatorrhoea, impotency, and erectile dysfunction.

7. It also helps in regulating the digestive fire “Agni”, improving Praval Pishti also helps in the treatment of nausea, vomiting, acidity, and hyperacidity, and indigestion. It has laxative and antacid properties.

8. It also regulates the excess of Pitta dosha and provides the body with a cooling and calming effect.

9. Praval Pishti is considered as the best Ayurvedic antipyretic. It can soothe fevers within an hour of its intake. Moreover, it does not only decrease the body temperature, but it also treats the other symptoms associated with fevers.

10. It promotes detoxification of the body. The medication also has an anti-poisoning effect, and can effectively treat liver disorders.

11. Praval Pishti has a cleansing effect on the kidney, liver, blood, intestine, and the body overall.

12. This Ayurvedic preparation is also an excellent supplement of oxygen. It ensures the adequate supply of oxygen in all the parts of the body, building in it the base of a good health.

13. The medication also has many essential minerals that enhance the functioning of the immune system and strengthen the body overall, preventing general weakness and its symptoms. In turn, it effectively treats colds, bronchitis, asthma, wheezing, and respiratory disorders.

14. The content of magnesium in this medicine makes it a good cardiac tonic that improves the health of the circulatory system and regulates tachycardia.

16. This medication is also said to have cancer-preventing

Praval Pishti Combined With Other Medicines

Praval Pishtiis prescribed with the use of heat inducing medicines like BhallatakRasayana. The ingestion of Praval Pishti with such medicines helps in maintaining the temperature of the body at a normal level and preventing adversities caused by the increased heat triggered by the other medicine. Side effects triggered by excessive heat in the body include burning sensations and gastritis.

Praval Pishti is a processed medication that has many health benefits. However, it should be used with caution, and ideally under the prescription of an experienced therapist. Keep the following points in mind:

i. Never ingest more quantity than medically of advised. Over-dosage of coral calcium can prove harmful to the health.

ii. Follow the guidelines of the therapist and take the medicine during the period of time that was instructed.

iii. Self-medication can be dangerous. This medicine should be used only under the advised of a skilled and experienced doctor.

iv. Keep the medicine away from the reach of children.

v. Store the medicine in a dry and cool place to preserve its chemical and therapeutic properties.

Coral calcium could also cause the following side effects in some people, especially in its raw form:

These side effects have been seen in the case of ingestion of raw coral calcium. They have not been reported with coral calcium processed with rose water.

Medicated Praval Pishti is considered absolutely safe as a supplement and medication, especially when taken under the supervision of a doctor.

As a calcium supplement, Praval Pishti is commonly recommended to be taken by pregnant and breastfeeding women. However, it should be ingested under medical supervision.

During pregnancy, the mother nurtures a new life inside her body. The growing fetus uses the food and nutrition that the mother’s body provides. This period requires, therefore, a positive attitude, strength, and good health.

A balanced and nutritive diet help in the maintenance of these factors, and it should consist of an increased amount of minerals, vitamins, and energetic nutrients. Many times, these demands have to be fulfilled by nutritional and dietary supplements.

Praval Pishti is a natural nutritional supplement that can help in providing the body with an adequate amount of essential minerals, especially calcium. It promotes bone formation and strength and it is a highly beneficial treatment against osteoporosis.

Hence, the intake of Praval Pishti is safe and recommended during pregnancy and breastfeeding, but always under medical supervision.

Praval Pishti is also known as coral calcium. It is principally made of calcium carbonate and it helps the body in maintaining the adequate amounts of this mineral.

Praval pishti has the capacity of interacting with other medications. It is important to inform your doctor about any medicines you are taking or treatments that you are undergoing before using Praval pishti.

Praval pishti has numerous health benefits. As such, it has been included in the composition of other medicines to increase their effectiveness. These include:

The recent increase in the health-consciousness of the society makes people to seek different ways to maintain and improve their health.

This leads to a huge variety of healthy and nutritional supplements to be available to the public in drug stores and health food stores.

Calcium supplements are also present in different options and one may wonder which type of supplement is the best for fulfilling the needs of the body.

Calcium carbonate, present in corals, is one of the many forms of calcium. This mineral is essential for the human health as it maintains the skeleton; it regulates the heartbeat and is required for muscle contractions.

Taking calcium supplements implies taking calcium in the form of a salt, that is, calcium combined with other substances. This is not as beneficial as calcium obtained from food would be.

However, studies have shown that a calcium carbonate is a form of calcium that can be absorbed easily. Moreover, due to its commonness, it is the cheapest calcium form available.

The point of concern lies in that coral calcium is less effective than other sources of calcium carbonate, and more expensive.

In addition, coral calcium has a high chance of being in contact with a polluted environment. This is due to the increase in the acidity and temperature of the oceans. Hence, consuming contaminated coral calcium can trigger the accumulation of toxins in the body such as lead, which could cause nerve and brain damage.

Nonetheless, while coral calcium should be avoided to consume, Praval Pishti is a processed and medicated supplement. When taken under the instruction and indications of a therapist, it can indeed lead to several benefits for the body.

16 Natural Organic Substitutes For Brown Sugar That You Must Try

16 Easy Way To Get Coconut Oil Out Of Hair Quickly