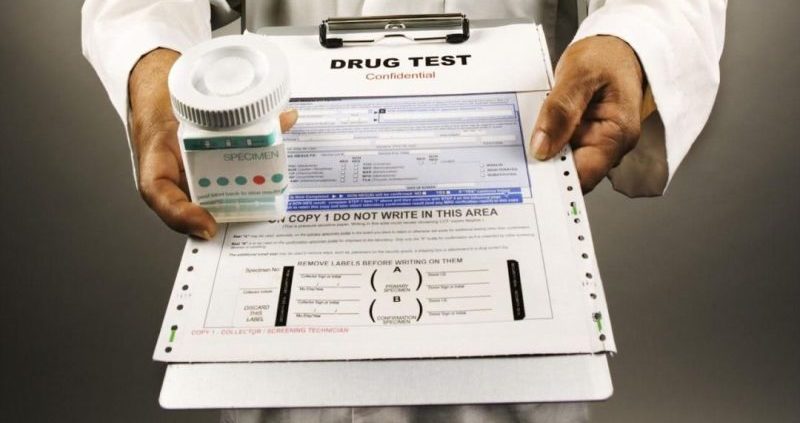 Drug tests can indeed make us feel nervous. That is especially true if they are the only thing standing between us and our dream job.The truth is, we are still obliged to undergo a THC test, even though our state may have already legalized cannabis.

That is because the federal law still considers cannabis a Schedule I drug. More accurately, these are easily abused substances without current medical approval.Because we can never say for sure that we are indeed drug-free, here are some tips and tricks to help cheat “the drug polygraph.”

Obviously, U.S. employers most commonly test their candidates for marijuana. Regardless of how it got into our system, it will still show up on the test.Before we get into the specifics of when we are most likely to test positive for THC, let us first consider the different types of drug tests.

Most Common Types of Drug Tests

While technology does make our lives more convenient overall, it also has a flip side. Its advent allows employers to choose between various ways of testing us for drugs.

Urine analysis is a drug test we are most familiar with. We can do it at our workplace bathroom, using a test strip. The other, less comfortable option is submitting a sample to a third-party lab.

Our blood is also commonly tested for drugs. Despite its cost, it is the most accurate drug testing method. In fact, it can detect a substance in real time, as well as its amount. Yet, employers rarely resort to blood tests, as they are both costly and invasive.

Contrary to blood tests, saliva tests are non-invasive. That is exactly what makes them more popular nowadays. Yet, despite their growing popularity, saliva tests do not yield completely accurate results. In fact, they can detect cannabis within 4-10 hours of consumption.

Lastly, there are the hair follicle tests. The fact that they only detect chronic use gives us the freedom to occasionally indulge in marijuana without any consequences.

How Long Does Marijuana Stay In Our System?

By this point, it’s normal for us to ask this question. However, not everybody reacts the same to cannabis. Therefore, we must consider the following factors:

Chronic users can take about 90 days to get rid of the marijuana in their system. Those who rarely smoke take far less time — an average of 10 days or less. Most healthy people get THC out of their system in 30-45 days since they last had it. Other drugs can stay in our system as short as two days, and as long as a month.

What We Shouldn’t Try

Before getting into ways to actually pass a drug test, we want to address ways that do not work.As long as there have been drug tests, there have been crazy ways to fake them. People have tried planting other people’s urine samples. They have also tried diluting their urine, or even resorting to synthetic options. Weirdly enough, some people even claim that bleach and soap can help manipulate their samples. Finally, there was also the belief that other home remedies miraculously mask the drug.Still, that shouldn’t deter us from trying to do it correctly. So, here’s what we should try.

Not to say we are pointing out the obvious, but this is indeed the safest and most accurate way to pass a drug test. It is both cheap and very simple (unless we have a drug problem).
Statistics say that 61.8% of the companies resort to drug tests. On top of that, some $80 billion dollars go to waste annually due to reduced productivity. In the end, staying clean is the best way to prepare ourselves for random testing.

First of all, we can try and do it naturally. A month or so before the drug test, we only have to maintain a healthy diet, drink a lot of liquids, and exercise. But why exercise? Well, THC dissolves easily in fat, so it will most likely get stuck in our fat cells. By burning down fat, we’ll make sure that it’s completely gone.

Yet, if we want to speed up the process, we can follow a detoxification program. That way, THC will find its way out of our bodies in about seven days.. Additionally, some programs also come with home testing kits, so we can test ourselves before our employer does.

But what if we “accidentally” smoked just a few days before the test? What if the test was scheduled for an earlier date? Well, that is where detoxification drinks come in. There is a small catch though — they will only provide us with six hours of cleanliness at most.

If we decide to detoxify our body, the options are endless. Yet, we consider abstaining from drugs for a while the best way to pass a test, hands down. Despite that, casual users still have some 11 weeks to achieve complete cleanliness. In the end, common sense and patience are what saves the day for most of them.