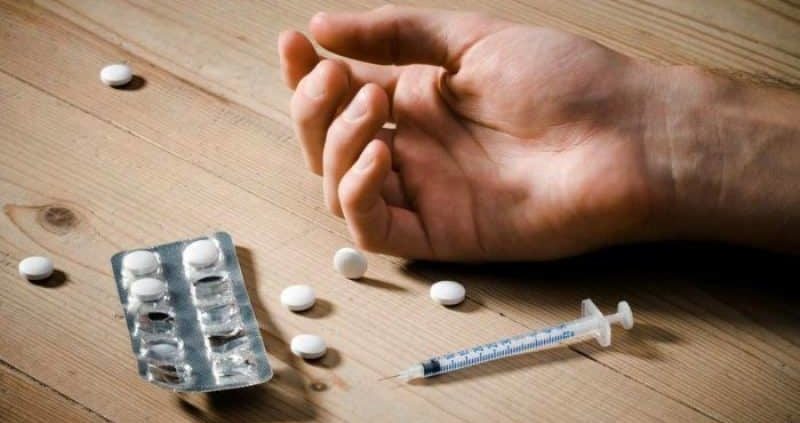 Adderall is a potent brain-altering drug, it is often hard to recognize when someone is abusing the drug. The doctors often prescribe it to improve the alertness and productivity. However, most often the drug is used by college students without any doctor’s recommendation.

Long-term usage of the drug can lead to loss of appetite, behavioral issues, etc. If you or your dear one suffer from the Adderall abuse, you must know it side-effects and risks.

Not only this, you should also find out ways of withdrawal and strategies to cope up with the withdrawal symptoms to help the abuser in every way.

The article revolves around different aspects of Adderall, read it get in-depth knowledge of the drug on abusers.

Adderall is a stimulant drug which impacts the central nervous system. It is a combination of amphetamine and dextroamphetamine which is used mainly to treat the symptoms of attention-deficit hyperactivity disorder (ADHD). The drug can benefit your sleep and is even capable of supporting depression as per the recent studies.

If you are unsure of someone close to you is on Adderall, you can find it using the signs especially if they are abusing the drug.

How Is Adderall Taken?

The way in which the medicine is taken can help you recognize the fact that the person is abusing the drug or not. Typically, it is taken orally in a capsule or tablet form but, people who abuse it may snort it.

Abusers snort it, as it provides an immediate and potent effect to the abuser. For snorting, the drug is often crushed and sniffed straight into the sinus cavity.

Adderall has side-effects irrespective of the form in which it is taken. However, when snorting the drug can have even more potential risks like the damage to nasal and sinus cavity. More off, snorting the drug may also lead to cardiovascular issues and the risk is even more increased with overdose.

Usually, people might consider taking it to reduce weight, stay awake, to get high, and just to stay awake. There are cases of Adderall abuse in high school and college students, but elder people abuse the drug as well. Adults who want to accomplish something or who are depressed might also use this drug.

When someone takes Adderall, without being prescribed, they often take a higher dose than what a doctor generally prescribed. High dose is often taken by the abuser to have a sense of well-being and to feel energetic.

Secondly, you should check other signs of drug abuse too. Some of the physical signs of Adderall abuse are a headache, dry mouth, hoarse voice, nausea, digestive issues, constipation, and diarrhea. You should also check for another important indicator of the user’s appetite.

People who are on Adderall may have a reduced appetite or they might completely stop taking food. A few cases were reported in which high school and college girls were on Adderall abuse for rapid weight loss.

More of as Adderall is a CNS stimulant, it can disturb the sleep patterns too. You should check whether the user is staying awake for days and then doze off to sleep for long periods.

A  few other signs are depression and lethargic feeling. A user may not sound interested in doing anything and might even stay away from parties and people around them.

The above mentioned are the simple signs of using the drug. Nevertheless, there are some warning signs that suggest the user is addicted to the drug instead of taking it recreationally.

Addiction to Adderall is very bad for psychological health as it creates a physiological and psychological dependence on the drug.

The people who are addicted to the drug, they feel they require the drug to remain alert and conscious. In addition to it, when they don’t take it they feel weak and may also have a blurred foggy vision.

A few more signs which suggest an addiction to Adderall are the need to take higher and higher doses to feel the maximum; continued use of the drug despite knowing its risk and side-effects; inability to do the job or school work, and spending an excessive amount of money on Adderall.

After knowing the dangerous side-effects of the drug, people who take it recreationally can mix it with their abusive drugs or with alcohol. Such people are generally the one who is not addicted to the drug but take it for recreational purpose.

Overall, you should check the signs above and also the sign of addiction if you are suspicious that the user is on Adderall.

However, before reaching a conclusion try speaking to the abuser about the signs and side-effects of the drug.

Long-term Adderall abuse can lead to many health disorders. However, the serious side-effects are seen when the drug is taken beyond the prescribed time and dose.

Some of the concerned side-effects associated with Adderall are as follows:

The abusers can significantly harm themselves and their health with overdose Adderall. Some of the prime risks of

Adderall overuse are as follows:

If you know the facts about Adderall, it might be easy for you to undergo the withdrawal treatment or Adderall Abuse Treatment. You should go for this treatment for your near one only once you confirm the drug abuse.

These measures are extremely crucial for anyone who is taking Adderall including the people who are prescribed to it.

A few important ones are explained below:

Rehabilitation centers can help you to help the abuser. These centers have detoxification services that treat the psychological as well as physical conditions. Experts carry out inpatient or outpatient treatment for Adderall abusers depending upon the severity of symptoms.

For abusers, who have faced excessive stimulant exposure over time and have very high dopamine activity may suffer from brain damage to a point that reversal treatment can’t be done.

Once the Adderall treatment starts, you will find difficulty in coping with the abuser. There are few withdrawal symptoms that the abuser will face and you have to cope with it.

Often coping with the withdrawal symptoms is difficult and requires much of efforts by the abuser and the abuser’s family.

A few of the withdrawal symptoms are as follows:

The withdrawal symptoms follow a series of steps that is you won’t see all the symptoms at one time but, may vary from time to time.

A few of withdrawal symptoms that you can see from few hours to month are classified below:

The symptoms start fading slowly and gradually in this week. The abuser becomes a bit relaxed but is still moody and incapable of functioning in a social environment. The symptoms may felt a few times during the day. The abuser may feel depressed and low in energy.

For very few people, a few of the symptoms last for few months after the last dose. Generally by this time all the withdrawal symptoms are gone.

However, the people who have reached a high level of tolerance may still have quite a few symptoms like mood swings, a feeling of sadness, difficulty sleeping etc.

For such people, the withdrawal symptoms may last for a year or so.

Strategies To Cope Up With Withdrawl Symptoms

Coping with withdraw symptoms is a difficult task and cannot be accomplished alone. It requires help from a near one or a family member.

A few of the strategies that you can apply to cope up with the symptoms are as follows:

Controlling the cravings require patience and willpower. Gain knowledge about the side-effects and risk of the drug abuse, train your mind that the drug may harm you significantly so it’s better to stay away from it.

More off, take alternative like drinking a cup of coffee, engage yourself when your cravings start, take your favorite food item, and talk to your near ones. These things might significantly control the cravings.

Cravings occur most commonly in situations that remind you of the substance. You can reduce the time and the impact of cravings by changing the environment. A few measures are:

The way in which you think about quitting substance abuse might help you. Tell yourself the following things:

Here it means to stop the triggers of substance abuse. Stop or alter the lifestyle patterns that made you do it. To quit, you need to learn new ways to cope with things that used to trigger the substance abuse. As you slowly and gradually stop yourself, your cravings will subside on its own.

Adderall abuse is most prevalent in teenagers. It is s a situation that needs immediate attention as it may cause life-threatening health issues. If you are or your near one suffers from the drug abuse, you should immediately find out ways to stop it.

You can do it on your own or seek the help of therapist or rehabilitation center to do so. The more time you take to quit this habit, the worse it would be for you. So, it’s better to stop the Adderall abuse at any cost.

How To Get Meth Out Of Your System?

How Long Crack Cocaine Stay In Body & How To Cleanse It

How Long Does Hydrocodone Stay In Your System ?

How Long Does Vyvanse Stay In Your System?

How Long Does Marijuana Stay In Your System?

Can Dogs Eat Pineapple? Find It Out

Coconut Lime Rickey – A Must Try Drink In Summer