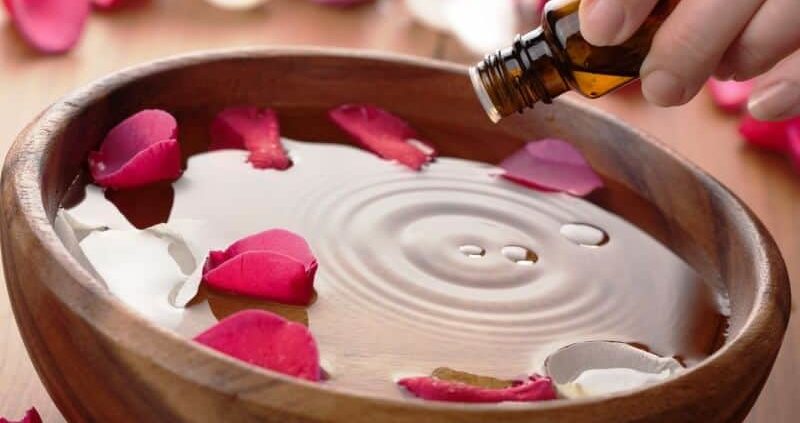 Camphor essential oil is balancing oil which can sedate nerves and uplift apathy. It is undoubtedly one of the most versatile oils. Camphor oil has been endowed with several properties which shape a sound body. Let us read on to find how camphor oil is useful to us.

Well, you will be left counting on your fingers if you glance at the therapeutic properties of Camphor oil. These include anti-inflammatory and sedative, diaphoretic and stimulant, carminative, antiseptic, disinfectant, germicide, insecticide, decongestant, anesthetic and nervous pacifier, antispasmodic, aphrodisiac, anti-neuralgic, anti-rheumatic and narcotic.

The cooling and penetrating effects of camphor oil make it an anti-inflammatory and sedative agent. It is very helpful in curing nearly all types of inflammation, both internal and external. It also relaxes the body and mind while giving a feeling of peace and freshness.

Camphor oil is an efficient stimulant which boosts the activity of the circulatory system, metabolism, digestion, secretion, and excretion. This particular property works well for dealing with problems as well as health conditions related to improper circulation, digestion of food, sluggish or even overactive metabolic rates and blocked secretions.

It is extremely useful in providing comfort for gas problems. Primarily, it does not let gas form as well as secondarily; it successfully eliminates the gases in a healthy way.

Camphor oil is a wonderful disinfectant, insecticide as well as germicide. It may be included with drinking water to sanitize it especially throughout the summer as well as in rainy months when there is a greater possibility of water becoming contaminated.

A drop or even two of camphor oil, combined with a sizable amount of food grains, protect those food products from insects. Whenever combined with bathing water, camphor oil disinfects the complete body outwardly and kills lice or any other tiny parasite of bugs that could be in your body.

The powerful, penetrating aroma of camphor oil is an effective decongestant. It instantly reduces blockage of the bronchi, larynx, pharynx, nasal tracts and also lungs. Therefore, we can easily utilize camphor oil in several decongestant balms as well as cold rubs.

Camphor oil acts as a good anesthetic and is very effective for local anesthesia. It causes numbness of the sensory nerves at the area of application.Furthermore, it also reduces the severity of nervous disorders and convulsions, epileptic attacks, nervousness, and chronic anxiety.

Camphor oil is a very efficient antispasmodic and gives immediate relief from spasms and cramps. It is also effective at curing extreme spasmodic cholera.

Camphor oil, when consumed or eaten, boosts the libido by stimulating those portions of the brain which are responsible for sexual desires and urges.

When externally applied, it helps to cure erectile problems by increasing blood circulation in the affected parts, since it is a powerful stimulant.

Neuralgia, a severely painful situation is caused when the Ninth Cranial Nerve is impacted due to swelling of the surrounding blood vessels, can be treated using camphor oil.

This oil can make the blood vessels contract and thereby reduce pressure on the Ninth Cranial Nerve. This is yet another application of the soothing properties of this versatile oil.

Being a detoxifier and a stimulant for the circulatory system, camphor oil excites blood circulation and gives relief to rheumatic diseases, arthritis, and gout.

It is also considered an antiphlogistic, that is, it reduces the swelling of body parts. This is yet another beneficial effect of proper circulation.

Camphor oil does have some narcotic effects since it temporarily desensitizes the nerves and relaxes the brain. It can also make a person lose control over their limbs if taken in excess since it impacts brain function.

The smell of camphor oil is also somewhat addictive. People have been seen to develop strong addictions to smelling camphor oil or consuming it, so be careful!

Some other health benefits of camphor oil include its usage in cases of cardiac failure, in combination with other medicines.

It is also beneficial in the treatment of epilepsy, hysteria, viral diseases like whooping cough, measles, flu, food poisoning, infections of the reproductive organs, and insect bites.

Camphor oil has been used for centuries by herbalists and folk medicine practitioners to treat pain and inflammations. The pungent oil of the imposing camphor tree is used in pain-relieving remedies such as balms, salves, and ointments.

You must be aware of the fact that Camphor oil’s key characteristic is that it is a natural anaesthetic that numbs the application site very quickly, deadening the pain. With the excruciating pain attributed to earaches, camphor oil can offer quick relief until you can visit a doctor.

Camphor is penetrating oil that is absorbed into your skin quickly. You may feel an initial coolness, and then a numb sensation as the oil affects your nerve endings.

Camphor is a powerful analgesic, antifungal, antiseptic and antibacterial that can also help kill germs that may be contributing to your earache by causing your sinuses or nasal passages to be infected. The oil is frequently blended with creams or salves for a conventional topical treatment.

The U.S. Food and Drug Administration approved camphor in concentrations of up to 11 percent for use in topical pain relief and as an anesthetic. Scientists in Australia demonstrated the quick pain-eliminating merits of camphor oil when they used the compound in a pain study involving people who suffered from osteoarthritis.

Those who used a topical cream containing camphor oil showed measurable pain relief within a day, unlike those patients who were administered a placebo.

Camphor has various therapeutic qualities. The powerful fragrance of camphor isn’t the only attraction of the chemical. It has got numerous beauty advantages.

Skin problems just like itching as well as irritation may be treated by using camphor oil. In case you scratch rashes, simply use camphor oil. Its massage offers immediate rest from skin rashes.

To lighten the scars caused by burns apply a bit of camphor oil. Try this every day to lessen the scars effortlessly. However, you must be sure the burn scar isn’t fresh otherwise, it can result in undesirable skin swelling as well as discomfort.

Everybody wants to learn an efficient treatment to deal with acne as well as pimples.Camphor oil’s best beauty benefit is that it treats acne. It has proven to be very efficient for this problem. It can help you regain your flawless and blemish-free skin.

Camphor oil can treat cracked as well as rough heels. To make sue good foot care, you must soak your feet in camphor oil as well as water solution for a couple of minutes and follow up with a scrub. Almond oil can also be used to treat cracked heels.

Whenever combined with various other herbal oils, camphor oil can easily boost hair growth; relax the mind as well as reduce stress. It fortifies the hair roots and keeps it gleaming. You can also include egg or yogurt to camphor oil to get optimum hair advantages.

The second variety is the Borneo Camphor tree, which is where Borneo Camphor is derived; it is scientifically known as Dryobalanops Camphora. The camphor oil obtained from both have similar properties, but they differ slightly in aroma and the concentration of various compounds found in them.

The various components of camphor oil are Alcohol, Borneol, Pinene, Camphene, Camphor, Terpene and Safrol. Camphor oil, apart from having a cool, penetrating and lasting aroma, has many medicinal properties as well.

The camphor tree can grow up to 35 meters and surprisingly the active component is found in every part of the tree. The camphor oil is extracted by steam from the chipped wood, root stumps, and branches and is then rectified under vacuum and filter pressed.

After distillation and rectification under vacuum and filer pressing, three fractions of oil are produced known as white, yellow and brown camphor. Only the white camphor oil is used and has a clear and fresh smell. The brown and yellow camphor is toxic and carcinogenic since it contains safrole and is not used in aromatherapy.

The brown and yellow camphor oil has very high safrole content with yellow having between 10-20% and Brown 80%. These two oils are considered toxic as well as carcinogenic.

How To Prepare Camphor Oil At Home?

Camphor has been used for treating cramps and pain in the legs for centuries. You too can make camphor oil at home to use for pain or cramps using a few simple steps which are mentioned below.

We must massage only when the oil is warm.

You must be careful about adding the lemon juice only after removing the oil from the fire.

A Few Words Of Caution

Camphor oil is toxic and can be fatally poisonous if ingested in excess. Even 2 grams of it can be lethal. Ingestion of slight overdoses can still manifest symptoms of poisoning, including extreme thirst, vomiting and a drop in body temperature.

Overdosing can cause convulsions and vomiting. Pregnant women, as well as people suffering from epilepsy and asthma, should not use it.

Camphor oil is powerful oil and should be used with care. You must keep it in mind that it is not used in  aromatherapy as it is classed as a convulsant and neurotoxin.

Camphor oil works directly on nerve endings, so you must avoid its usage if you have a history of nervous complaints or seizures.

Camphor oil has been quite a household name and has been used for several centuries in the realm of health, skin and hair care. It is the ultimate beauty secret.Camphor oil can alleviate skin conditions and also works as a pain reliever.