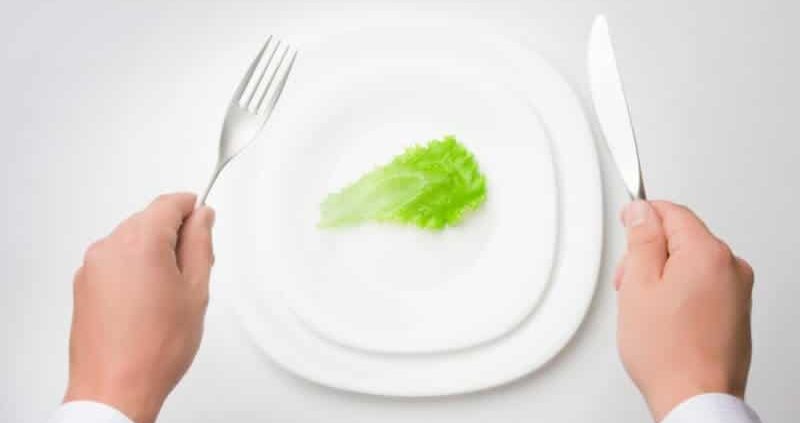 Eating less or low-calorie intake has benefits other than weight loss. In fact, it benefits you with improved sleep, mood, and sex drive in the healthy people.

A study suggests that low-calorie intake might also have a connection with longevity. The study found that when the mice fed with less food then the number of the genetic ageing process slows down.

Another research suggests that the healthy people can get the number of advantages from just simple less eating. But this time you will eat less not for weight loss, instead, it will happen too with it.

When the diets of the 218 adults, traced for the two years, the participants who limited their diet reported better psychological effects compared to the people who ate according to their wish.

The participants were the men and women between the ages of 20 to 50 years. They all have the body mass index (BMI) whose range was in between the 22 to 28 which put them in the normal healthy weight or the overweight BMI category.

According to this finding, few adults were randomly told to reduce their calorie intake by the 25%. While another group has no changes in their regular diet.

After the two years, the calorie-restricted group reported improved general health, reduced stress, and improved mood. Furthermore, after the one year on new eating regime, that group with a low-calorie intake, reported having better sleep quality.

Moreover, they lost about 12% of their body weight in the end of 2 years, with the average BMI for calorie restriction (CR) group was 22.6 at the end of this study.

Wait for a while before you think to reduce your calorie intake by 25% as this is not an easy task. It is pretty a big adjustment.

Instead, they achieved those benefits but it was really hard to stick to that diet for a long time, at least in today’s world.

Researchers from Pennington Biomedical Research Centre in Louisiana, say that once you get the bit of momentum. It seems that adjusting the life with the 25% less calorie is doable if you get out of the initial hurdle.

People reported that after they get out the hump and start losing weight, their hunger levels were also subsidized a bit and they started feeling the benefits of weight loss. They found it is easy to move around, they feel better and their joints hurts less.

Research also suggests that these improvements in the quality of life which comes from the less eating are not only necessarily limited to the obese people.

Calorie reduction among the obese and overweight people leads to improved quality of life, sexual function, sleep. The research also indicates that 2 years of calorie restriction provide improvements in these factors among the healthy adults. It doesn’t add any negativity.

The scientists didn’t completely understand that why the calorie restriction leads to these positive effects. But the advantages of low calories intake are found in various studies, dating back to 80 years ago.

A group of researchers from the NYU Langone Medical Centre, in 2014 conducted a research on female mice. They found that when the female mice fed with the 30% fewer calories they showed less activity in about 900 different genes that linked to the ageing processes in the mind.

This lead to the researchers suggests that eating fewer might slows down the cognitive decline which comes with the age. The study shows that how calorie reduction practically arrests the gene expression levels that involved in the aging phenotype.

Moreover, people are facing problems in reducing this percentage of calorie intake. So, the scientists are looking for the other ways to achieve the same benefits without sacrificing the amount of food that we eat.

Another study on the mice conducted at the University Of Sydney, Australia. They found that adopting a high carbohydrate and a low- protein diet may be as effective as the low calories. Also, you don’t have to starve yourself with this diet.

We also know that low-calorie intake increases the lifespan in all the manner of organisms. Furthermore, one cannot reduce the calorie intake by 40% and it is not good as it leads to loss of libido, fertility and bone mass.

Hence now you know better the various benefits of low-calorie intake, with weight loss being one of them.

If you are depressed, try eating the food rich in zinc, iron, and magnesium. The food items will help you relieve your tension.

11 Amazing Health Benefits Of Sleeping Naked That You Should Know
What Happens In The Body While You’re Asleep?
Is It Bad To Sleep In A Bra?
Why Shouldn’t You Sleep By Placing Head Towards North Direction
What Is The Ideal Length Of An Afternoon Nap?