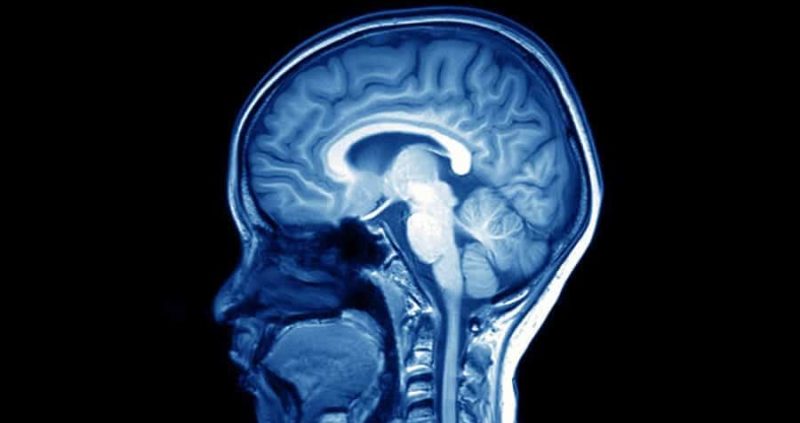 Encephalomalacia is considered as one of the most serious types of brain damage. It can affect individuals of all age groups.

It is generally caused due to a severe accident or an infection particularly affecting your brain.

In this article, I will discuss this disease in detail. It will help you to know about its symptoms, causes, and various possible treatments.

So, let us start with an in-depth introduction to this disease.

The term Encephalomalacia is also known as Cerebral softening. It is a condition characterized by softening of brain tissues and can happen due to inflammation or brain hemorrhage.

It is a localized condition and occurs in a specific part of the brain. Although, in some rare cases it might be widespread. Extreme deterioration and degeneration can also be a reason of this extreme softening of tissues.

If not controlled on time, It can further affect other parts of the brain and damage their tissues. Some of these parts include frontal lobe, occipital lobe, parietal lobe as well as the temporal lobe.

Both adults and children can b affected by the disease.

In order to understand the condition in detail, it is important to know which type of Encephalomalacia you have. This brings us to our second question

After a full understanding of various parts of your brain, this condition can be divided into following two types:

Encephalomalacia which affects the gray matter of your brain comes under this type.

It affects the following functions of your body:

Encephalomalacia affecting the white matter of your brain comes under this category. This area is responsible for transmission of nerve signals to lower brain centers.

Further, this condition can also be classified according to its advancement in cerebral softening. The stages of this advancement can be identified by a color of a stage of damage.

Accordingly, it can be divided into 3 categories:

This happens due to the presence of some blocked blood vessels in your body. This blockage may be a result of some blood clot, gas bubble, fat globule or foreign material in your bloodstream.

Eventually, red blood cells enter this area of damage and cause reddening of the tissue.

Your brain tissues become yellowish and soft due to an atherosclerotic plaque. This is a condition that develops in your brain’s arteries. It results in a yellow lymph build up around the choroid plexus around your brain which adds a yellow color to it.

White softening in your brain is a result of insufficient or stopped blood flow to your brain. Due to this, the neuronal tissue in your brain dies and softens, resulting in Encephalomalacia.

Now, probably you have only one thought in your mind right now How can this happened to you. Or if it has not happened to you, the question is what are the causes of such serious disease. This brings us to the next section of the article.

The brain is a very crucial organ of your body. It is the powerhouse, a control system, of your body. A slightest of trauma can cause permanent damage to your brain.

Hence, It is really important for you to know those serious health conditions which cause this decline in your brain’s proper functioning.

This is the most commonly known cause of Encephalomalacia. A stroke can be caused by either a head injury or a brain hemorrhage. Both of them cause internal bleeding in your brain, eventually causing a stroke.

It is seen that Encephalomalacia or Cerebral softening is most likely to occur where there is an abnormal accumulation of blood. This abnormal blood flow in your brain can have various reasons behind it. They include

i) Severe swelling in the brain interrupting Cerebral blood flow.

ii) Damage to tissues due to a removal of tumors from your brain.

Sometimes, a certain part of your brain dies due to a stroke. This causes the neurons to be substituted by another tissue called scar tissue. This tissue undergoes contractions and eventually form Encephalomalacia within your brain.

When a high mechanical force is directed to your brain externally, it causes a brain dysfunction in your body.

It can happen due to any foreign object that can penetrate your skull, for ex. a bullet. Also, some violent jolts in a serious accident can cause this cerebral softening inside your brain.

There are also some other causes including:

i) Degeneration and deterioration of the brain.

iii) Blocked blood vessels that supply blood to the brain

iv) Cerebral Ischemia. It is a mini-stroke due to the insufficient blood supply and metabolic deficiency.

v) Infections which are a result of a chemical toxin present in your body. In this condition, a biological pathogen spreads in your brain and starts causing softening of tissues.

Signs And Symptoms Of Encephalomalacia

When a disease is that serious, it is important to know its sign and symptoms. In Cerebral softening, there can be a variety of such signs and symptoms. These symptoms can vary from mild to severe depending on the damage caused.

They mostly manifest upon the area which is affected inside your brain. They can also cause a decline in the function for which that particular part is responsible.

These symptoms may vary from person to person in accordance with their age and other existing health problems. Hence, each person is affected in a unique way. In any case, if you relate to these symptoms for a prolonged time, it is advised to seek medical attention immediately

Hence, each person is affected in a unique way. In any case, if you relate to these symptoms for a prolonged time, it is advised to seek medical attention immediately

i) A severe headache

viii) Mood swings, when a damage in frontal lobe is involved

This condition can also lead to a variation in the size of your brain. As a result, there might be some changes in the pliability of the brain.

How Can You Prevent Encephalomalacia?

Unfortunately, there is no such prevention method for Encephalomalacia. However, these are some general changes you can incorporate into your daily routine.

i) You can just avoid severe head blows in order to prevent serious head trauma.

iii) Eat plenty of food which is rich in Vitamin E.

According to the recent study, the ratio percentage of this disease is

Difference Between Encephalomalacia And Gliosis

However, they are two conditions which affect the brain in a completely different manner. Encephalomalacia refers to softening of brain tissues after a severe stroke or a trauma.

While Gliosis is a condition which leads to the development of Astrocytes ( glial tissues) which is seen as a scar in the brain. Later on, Gliosis fades with time leaving symptoms of only Encephalomalacia.

There are only two best methods to diagnose Encephalomalacia:

It is an image diagnostic test. It reflects clear pictures of your brain and gives information about its health. Also, it will discover the severity of softening of the tissue and its accurate spot.

Now, once the damaged brain tissue is discovered a CT scan i.e. a computed topography, helps determine the exact time when the softening of tissue began.

A CT scan will indicate the following further details:

i) The volume of tissue lost to the softening.

ii) If the condition is occurring in other parts (lobes) of the brain.

iii) If Gliosis is also present

Is There Any Treatment For Encephalomalacia?

Unfortunately, once a brain tissue is destroyed, there is no regrowth of that particular portion. Meaning, there is no cure for cerebral softening which could repair the lost functioning. However, researchers are working on regaining the normal functioning of partially affected brain tissues.

Like all major health conditions, treatment of Encephalomalacia also focuses on determining the underlying cause behind these changes in your brain. Detecting the cause early can sometimes help in such conditions.

After determining the cause, the next step is to apply the treatment which can deal with that cause. If the damaged tissue in your brain is severe, some of that matter can be removed through surgery.

However, there is no such guarantee that all the sensations and functioning of your body will go back to normal.

Another such treatment is stem cell therapy. In this therapy, stem cells are used to treat or prevent a condition in your body.

These stem cells specialize themselves and get multiplied in order to treat cerebral softening. However, still, a lot of research is required in this area.

What Is Its The Prognosis?

Every medical condition has a possible cure. Although, sometimes it not in the hand of doctor to treat a particular condition. Encephalomalacia is a serious health issue which can even cause death in a person.

Hence, it is always good to know if you can be treated or you have a limited life expectancy. This will help you be positive and spend the remaining life happily with your loved ones.

a) Complications Or Can Encephalomalacia Can Get Worse

If untreated, this problem can result in functional disability, coma, seizures and death.

The life expectancy of patients with Encephalomalacia can vary from infants to adults. Infants or young patients cannot be saved through any treatment. They do not have a good prognosis attached to their condition.

Usually, infants born with extreme neurological deficits or cerebral softening are not expected to live long or enjoy a normal life.

On the other hand, adults have a better prognosis in this case. They can still is expected to live a long life If a right treatment is pursued and administered. it can also ensure complete prevention of further damage to your brain.

Although, for those who have an extremely severe condition and cannot be treated, lifespan may differ from person to person. It may vary accordingly with the severity and the damage caused by the condition.

You may also visit related articles:

Central Sulcus: Everything You Should Know About It