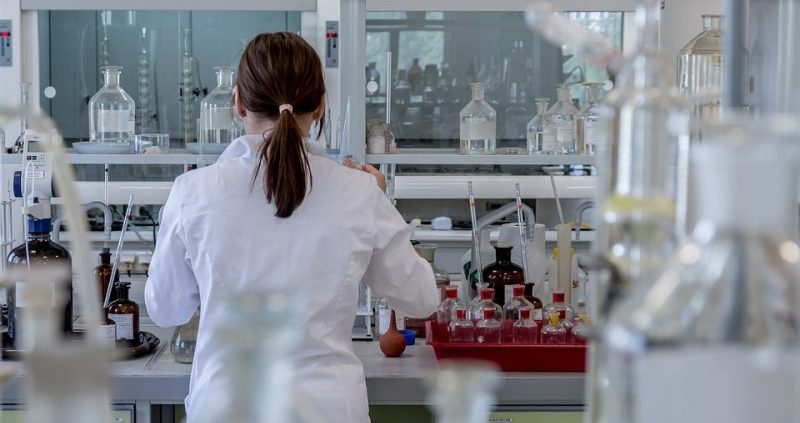 The alternative medicine approach claims that soursop extract can reduce the spread of cancer.

There are quite a few animal researches that have proved the medical property of guanabana to cure cancer.1 However, the human studies are still ongoing.

People around the world have shown significant improvement in their cancer treatment and for some, the progression of cancer https://models.crownbio.com/model/pdx/lls almost stopped after taking Guanabana regularly.

In the below paragraphs, we have briefly described how Guanabana works for cancer.

What Components Of Guanabana (Soursop) Work Against Cancer?

Graviola, guanabana, or soursop whatever you call it, is almost the same. This fruit is prevalent in the rainforests of Africa, South America, and Southeast Asia.

Since long alternative practitioners are using soursop fruit and Graviola tree leaves to cure stomach ailments, fever, hypertension, rheumatism, and as a sedative.

The fruit, bark, and the leaves of soursop fruit have loads of anticancer, antioxidant, anti-inflammatory, and antimicrobial properties. It is because of these properties it can cure multiple health issues.

In one of the phytochemical study, it was found that Guanabana is rich in acetogens. Acetogen is a class of bioactive polyketide-derived constituents which are very powerful anti-cancer agents. This class also has anti-inflammatory and antioxidative properties.

The Acetogen are selectively cytotoxic against the neoplastic cells. They have the ability to kill cancer cells only and also prevent their multiplication.2

The Gravilo seeds, fruit, leaves, and bark have dozens of these compounds. In a study it was found there are more than 50 different type of Acetogens in Guanabana fruit and seed.3

Further, the mechanism of action of acetogens against cancer cells is brought about by blocking the nutrition of the cancer cells only.

The phytochemicals work to inhibit the complex I that is NADH ubiqunoa oxidoreductase. When this chemical form of energy is blocked, the cells are short of ATP. In absence of ATP, the cancer cells are unable to get energy and food for their survival and eventually they die.

How To Use Soursop For Cancer

Cancer is a deadly disease that can be cured with conventional treatment methods.Guanabana alone cannot cure cancer, but it can surely help to stop its progression and increase the efficacy of the cancer treatment.

The leaves and the seed of soursop have the highest amount of anti-cancer properties.5

However, the seeds are not recommended as they might contain toxic compounds so you should always consume the leaves. Prefer drinking soursop tea prepared with the leaves. Drink two to three cups of soursop tea daily for good results.

Additionally, prefer consuming the fruit also for added benefits. Make sure not to consume too much instead just keep the amount to moderate levels.

Scientific Study To Prove The Effectiveness Of Soursop Against Cancer

The scientific name of Soursop is Annona muricata. There are a number of scientific studies performed to evaluate its effectiveness against cancer. A few of the famous studies are listed below:

This is the most recent study done on the Graviola (Annona muricata). All the aerial parts leaves, bark, stem, fruit, pericarp, roots, and seed were studies in this one.6

The outcomes of the study suggested that Acetogenins and other secondary metabolites, including alkaloids present in the soursop plant, can decrease cancer growth.

Overall, the study concluded with a call for action to manufacture Graviola based pharmaceutical and agricultural product to cure deadly health ailments like cancer.

This was the first human study. It was done on human cell lines to find the cytotoxicity effect of Graviola leaf extract against colorectal cancer.7

The study was done on 30 outpatients suffering from colorectal cancer. They were divided into two groups. One was the those who were ingested A. muricata leaf extract (n=14) and the second was those who ingested a placebo (n=14) daily for 8 weeks. They were continuously monitored.

Ex-vivo and clinical studies on human cell lines showed higher cytotoxicity in the supplemented group than the placebo group.

Thus, the study concluded the cytotoxicity levels are raised with daily consumption of A.muricata leaf extract.

This study was done against the prostate cancer cell. The aim of the study was to find chemical constituents in Graviola fruit that possess anti-cancer properties. This was done on human cells lines.

The aim of the study was to evaluate the effect of different A.Muricata extracts from different locations.

For the study, 19 different samples of Annona muricata froma different location were collected. They were tested by MTT assay on breast cancer cell lines MCF-7, MDA-MB-231, and 4 T1.

The study suggested that the cytotoxicity level is different for different cell lines. The most promising effect was of B1 AMCE for cancer treatment, especially in breast cancer.

The aim of the study was to find out the effect of graviola leaves on SCC-25 squamous cell carcinoma cultures. It was a study on skin cancer cells. For the same, bromide assay and flow cytometry techniques were used.

The outcomes of the study concluded that the aqueous extract of Graviola leaf shows promising cytotoxic activity and cell inhibition in G2M phase of cell cycle on SCC-25 cell lines. However, the study was unsure about the effect ofGraviolaa extracts on the normal cell line.

6. Antiproliferative Activity Of aqueous Leaf Extract On The Prostate

The aim of the study was to evaluate the antiproliferative effects of the leaf extract on human BPH-1 cell cultures.

This was an animal study. Twenty rats were gavaged different amounts of A.muricata extract and ten were taken as control groups.

The best cytotoxicity effect was on IC50 of 1.36 mg/mL. The results were obtained immediately after two days. Bax gene was upregulated, while Bcl-2 was downregulated.

Thus, it was that the guanabana extract has antiproliferative effects on BPH-1 cells. It can reduce the prostate size via apoptosis.

The aim of this study was to figure out the in vitro anti-proliferative effects. It was also aimed to find out the apoptotic events of A. muricata extracts on HL-60 cells.

Alongside, the phenolic components of the leaf extract were also accessed. MTT assay, membrane mitochondrial potential (MMP) and the cell cycle were the measures for apoptosis.

This was an in-vivo study done to evaluate the anti-tumor effect of Guanabana leaf extracts. The chemopreventive effects was studied in a two-stage model of skin papillomagenesis.

It was found that the soursop leaves exhibited chemopreventive potential towards skin tumor growth in DMBA/croton oil induced papillomagenesis.

The anti-cancer effect even existed at even at an extremely low dosage of 30mg/kg. However, further studies are required to confirm this anti-cancer mechanism.

The aim was to study the potency of the Graviola plant as a therapeutic agent for pancreatic cancer.

The result indicated a progressive decrease in cell viability with the successive increase in the concentrations of the extract which suggested the potent ability of Graviola extract to kill cancer cells.

The study was to analyze the effect of the acetogenins and other phytochemical compounds present on the cancer cell lines.15

The phytochemicals were subjected to toxicity analysis. Phytochemical compinds  Anonaine, Friedelin, Isolaureline, Annonamine, Anomurine, Kaempferol, Asimilobine, Quercetin, Xylopine were clustered and the highly clustered compounds such as Annonamine, Kaempferol termed to be the potential constituents for study. Next,the extracted components were tested against the HeLa cell line and PC3 cell line.

The study suggested that A.muricata shows 80% cell inhibition which suggest a high potency to kill the cancer causing cells.

Graviola can cure cancer to a high extent, it is even proved in several animal studies.

If you or your dear one suffer from cancer, you can definitely give this superfood a try. Moreover, you can even eat this fruit and enjoy its array of health benefits even if you are not a cancer patient.

However, you should always consult a doctor before taking it as a cure for cancer especially if you are on medical treatment.

How To Make Soursop Drink/Juice

Itchy Skin During Pregnancy : 14 Causes You Should Know

How To Quit Smoking – 9 Highly Effective To Try For