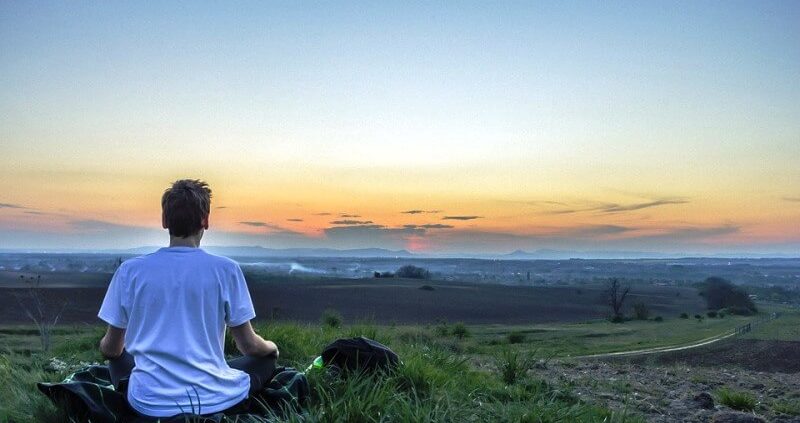 Meditation has always been a good practice for a human being. One of its advantages is that it makes us more aware of our internal body processes.

Meditation is like finding the source of your life and eliminating source from the brain. Then you will use your brain, not the brain will use you. But, for the non-meditators, the brain is their master and they are the slave of it.

But through meditation, you can master your brain and then you can use it wherever you want and if don’t want then don’t use it. Isn’t amazing?

Your life then will flare up and the feeling of it will be tremendous. And it is for the first time you will know the real life and its eternity.

Here I am telling you about studies that show how meditation makes us more aware of our unconscious brain.

Scientists claim that they have found the link between meditation and the unconscious mind. They say that a person who practices the mindful meditation, know more about their unconscious brain activities. And this leads to the feeling of the conscious decisions over their body.

One of the experiment was done in 1983. The aim of the study was to find how much conscious control does individuals have while making decisions? This study involved the participants who have the ability to press the button whenever they like to do.

While performing this activity researchers monitored their brain activity. They also examined the time lapse between, when decision made in the brain and when an action performed by a person consciously to hit the button.

About 200 milliseconds of difference in time found between brain decision and physical activity.

But the person’s unconscious mind makes the decision to hit the button before the 150 milliseconds of a conscious decision. This lead to the result that we may not have that much conscious control or free will over our brain and body as we think.

Another study conducted following the same pattern of the previous study along with meditation. This study involved 57 participants with 11 persons practicing mindful meditation every day and other 46 people don’t.

The same experiment conducted of pressing the button. Participants have to press the button by watching the clock.

They found that the person who meditated every day have a large gap of 149 milliseconds between the brain decision made and actual physical activity occurred. For non- meditators the gap was just 68 milliseconds.

The results show that person who meditates have more tuning with their unconscious mind by noticing the decision-making process earlier than the persons who don’t meditate.

Now the researchers coupled this experiment with another to find with how ease non-meditators can hypnotize. And then they compared the effect of the hypnotism on the decision making with their unconscious mind in pressing the button.

They found that person who easily got hypnotize were slower or less active to know the decision of their unconscious brain. And they pressed the button later than those people who were more resistant to the hypnosis.

This suggests that people who are more susceptible to the hypnosis may be less aware of their brain’s intention or decision.

Hence researchers concluded that person who meditates every day have connections with the unconscious areas of their mind.

The results also indicate that mindfulness and hypnotism may be at the opposite ends of the spectrum of self- awareness.

This research suggests that people who meditate are less susceptible to hypnotism and are more aware of their internal body processes than those who don’t meditate.

Another study conducted to get more clear results. This study shows that our genes are manipulated and controlled by how our brain perceives and interprets the surroundings.

Although earlier it is thought that our genes itself dictate out traits that who and how we are. These results were amazing as this means that we can change various things, the way we are including health.

The guided meditation script relaxes you and gives you inner peace. So, meditation helps you in many ways.

It’s surprising to know that only 5% of our brain is conscious and 95% is subconscious. Means most of the time we react unconsciously without knowing that in actual we really acting unconsciously.

So what’s the solution to this problem? Researchers suggest hypnotherapy and meditation will be helpful.

In fact, the various experiments on the Buddhist meditators showed that these people can change their mind structure by forming the new neural pathways only by conscious thinking. Furthermore, they can do so at any stage of their life.

This research also shows that person who meditates every day has lower blood pressure and high immunity. Meditation teaches us the real meaning of life.

And without meditation life will be like that of lukewarm with no intensity. By meditation, you will find the life-giving sources within you.

Hence we can say that meditation is the effort to bring you in contact with your consciousness. It is to distract you from the brain that goes on creating unconsciousness.

There are so many benefits of meditation. You will be amazed to know how it affects our soul, mind, and body.