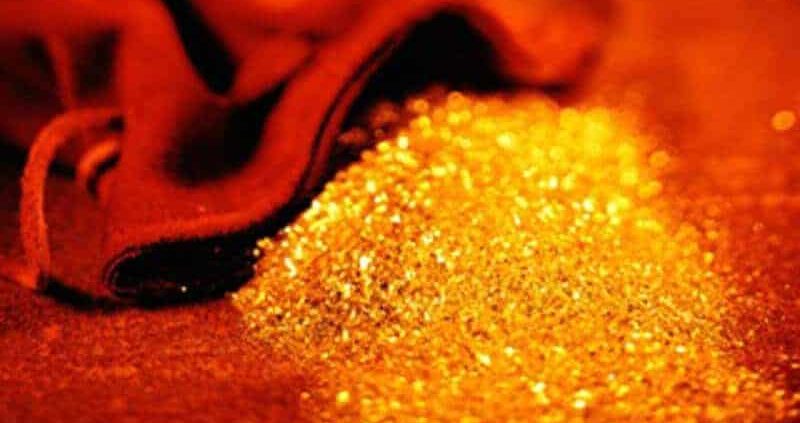 Swarna Bhasma is an Ayurvedic medication that uses the therapeutic properties of pure gold to treat and prevent health problems. It has a powder form.

It belongs to the category of “bhasmas”, which are finely powdered Ayurvedic preparations that use metals like gold or silver as healing therapies for various conditions.

These preparations are the residues obtained from the incineration or calcination of the therapeutic substance or its source.

The medication is used for various health conditions such as cardiac disorders, infertility, poisoning, and respiratory problems. The medication should be consumed under medical supervision.

Swarna Bhasma is made with pure gold, which composes most of its particles.

The process has the purpose of cleaning gold from its impurities and converting it into its therapeutic form.

The crystallite particle size of Swarna Bhasma after processing is from 28 to 35 nanometers.

How To Check The Purity Of Swarna Bhasma?

Swarna Bhasma is an Ayurvedic medicine that is made from gold. As such, it is advisable that the purity of the compound is confirmed before ingestion.

Here are a few tests that can help in checking the purity and standard of Swarna Bhasma:

This is used to check and confirm the fineness of the powdered metal or Bhasma. If it is properly prepared, the Bhasma should be so fine that it settles in between the lines of the fingers and becomes barely visible, in a way similar to talcum powder.

The Bhasma should be made such that the metal cannot be extracted back from it. The Bhasma is devoid of any metallic properties. This is the most essential test for purity to be done.

When properly prepared, the Bhasma should not present any type of shine. This also indicates that the metallic properties have completely disappeared.

The Bhasma is supposed to float in water in a similar way as heavy metals like mercury would do.

The properties of this Ayurvedic medication include:

Swarna Bhasma has numerous medicinal properties. It acts in the body as an:

Swarna Bhasma has countless benefits for the health. Its effect extends to all the body parts and the improvement of their functioning. It is also used as a treatment for many chronic diseases.

These are the most important uses and benefits of Swarna Bhasma for the health:

It is used to treat various diseases of the cardiac system. These include myocardial infarction and angina pectoris. The consumption of Swarna Bhasma strengthens the heart muscles and promotes blood flow, cleansing, and detoxification. It also balances blood pressure and the pumping capacity of the heart.

SwarnaBhasma is especially effective as a blood purifier. The toxin accumulation in the body sometimes leads to conditions that cause unexplainable disorders of various types. They involve symptoms like abdominal heaviness, appetite loss, indigestion, and distension, for which the bhasma is recommended to be taken with fresh ginger juice. However, in most cases, this medication is used along with other medicines in accordance to the type of dosha predominance in the patient. It induces purification of the blood and the system overall.

SwarnaBhasma also helps in counteracting indigestion and microbial infections. It promotes the removal of toxic accumulations in the body and thus eliminates the risk of the diseases caused by them.

This medication also improves memory, concentration, coordination and mental health. It is used against conditions like depression, brain inflammation, and neuropathy caused by diabetes. This medication can effectively treat partial and complete.

It reduces brain inflammation, for which the usual symptoms include numbness, burning sensation in the body, intolerance to sounds, aggressiveness, irritability, tendency to cry loudly, childish behavior, and self-harm. SwarnaBhasma is prescribed along with MuktaPishti for the relief of these symptoms.

SwarnaBhasma is also a frequent treatment option for It can alleviate the associated symptoms like isolation, intolerance, lack of attention, anxiousness, irritability, extreme sadness, insomnia, etc. The medication is recommended to be taken with AbhrakBhasma and MuktaPishti in this condition.

It is very beneficious for the eyes, especially when taken with other Ayurvedic formulations like MuktaPishti, PravalPishti, and GiloySatva. It especially relieves conjunctivitis and the symptoms associated with it. These include redness, itching, and burning sensation.

It enhances immunity and boosts the protection of the body against microbial and viral infections, and it improves the functioning of the whole system.

Due to its antimicrobial properties, SwarnaBhasma is often used to treat tuberculosis, but only in the first and second stage of it. During the initial stages, the medication has a destructive effect on the tuberculosis-causing bacteria.It relieves symptoms like muscle mass loss, fatigue, weakness, fever, and low immunity. However, it is not completely confirmed to be effective in long-term resistant tuberculosis when the bacteria cause symptoms like severe malnutrition and lung tissue loss.

10.Effective In Case Of Dry Cough

SwarnaBhasma along with Giloy Sat, PravalPishti, and ShringaBhasma is used in the treatment of a dry, non-productive cough. This medicinal combination relieves the wheezing sound, removes the sputum from the lungs, and eases the breathing process.

Swarna Bhasma also prevents and stops the development of undesired growths associated with tumor and cancer cells. By its immunity-enhancing property, it provides the body with an increased strength to combat the undesired growth of tissues.

SwarnaBhasma treats disorders related to the imbalance of Kapha and Vata doshas, although it can balance all the three doshas. As such, it improves the digestive fire and enhances appetite. It also alleviates tiredness, fatigue, general weakness, and tongue coating.

SwarnaBhasma enhances the health and appearance of the skin. It can also treat topical chronic diseases such as atopic dermatitis and psoriasis. It also has a rejuvenating effect on the whole body, and it prevents the premature graying of the hair and wrinkling of the skin.

Treats male sexual disorders like erectile dysfunction and premature ejaculation. It can also act as an aphrodisiac and improve stamina, low sperm count, and semen abnormalities. Swarna Bhasma can also treat infertility and syphilis in both the genders.

SwarnaBhasma is used in combination with other medicines to cure typhoid fever and the symptoms associated with it. It is recommended to be consumed along with Tulsi powder for an enhanced effect.

Other Benefits Of Swarna Bhasma

The effects of Swarna Bhasma can be fortified and complimented by the use of other herbs and substances as follows:

Swarna Bhasma is recommended to be taken in different doses depending on the age group of the patient:

The term of the medication is usually one or two months in cases of general and sexual weakness, low sperm count, infertility, and neuropathy that takes place due to diabetes.

In severe disorders, the dosage should be larger and the term longer, that is, from six to nine months. These disorders include rheumatoid arthritis, tumors, and cancer.

The medication can be consumed once or twice a day, preferably before food.

It can be taken along with milk, ghee, or honey. It should be avoided with Bael fruit (Golden apple).

Swarna Bhasma is available in the form of powder and capsules.

Packages have up to 500 mg of powdered Swarna Bhasma in them while capsules contain 50 mg of it.

Remember that Swarna Bhasma should be strictly consumed under medical approval and supervision.

This medication can be taken by pregnant and breastfeeding women. The daily dose should be of 1 to 5 mg as recommended by the physician.

Swarna Bhasma is also used in the composition of other Ayurvedic medicines. Some examples are:

Caution And Side Effects Of Swarna Bhasma

Swarna Bhasma may lead to side effects when it is consumed in a higher dose than recommended and when it is not properly prepared. In such cases, the ingestion of the medication may lead to the following symptoms:

Antidotes against large doses of Swarna Bhasma are flour, egg albumen, and milk.

The precautions to be taken while undergoing a treatment with Swarna Bhasma include:

Swarna Bhasma is a potent and highly effective Ayurvedic formulation used in the treatment of several disorders. It boosts the overall health of the body. However, it should be always taken under medical approval and supervision.