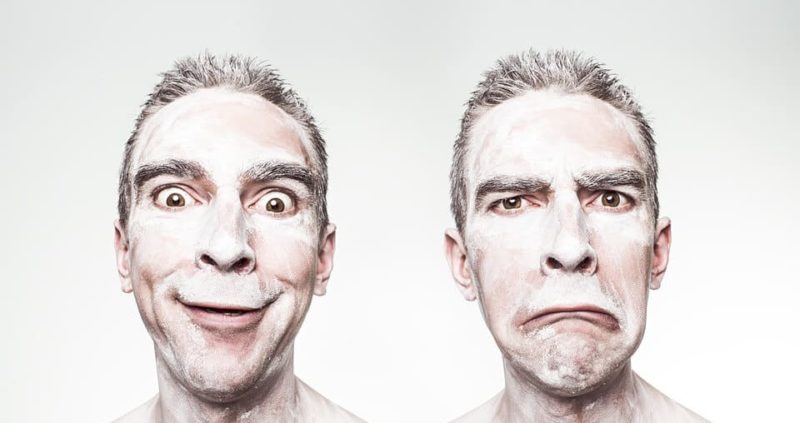 Turmeric has active ingredients that can help in conditions like bipolar disorder. Bipolar disorder is a psychological disorder where the brain suffers. It has traits in which you will experience mood swings.

This disorder may not sound that horrendous, but you will know what impact can it have on your life if you have it. But, this can be dealt with if precautions are taken.

In this article, you will witness how Turmeric can be a wise decision for preventing bipolar disorder.

How Does Turmeric Help Against Bipolar Disorder?

Turmeric has been used since ages in traditional medicine to treat various disorders. Curcuminoids have exceptionally powerful medicinal values.

Bipolar disorder results in weakened antioxidant defenses. Turmeric can act as an antioxidant and prevent your brain from oxidative damage.

It can lead to tissue damage and organ failure. There is a blood-brain barrier which filters the unwanted substances from entering your brain.

If you happen to suffer from bipolar disorder then this barrier which is allowing reactive oxygen species to permeate.

Antioxidant property of turmeric contributes in healing the problem. Turmeric is known to scavenge the oxygen which is reactive in nature and ions that cause oxidative stress. Thus, it prevents tissue damage by lipid peroxidation.

Oxidative stress leads to inflammation in bipolar disorder. Inflammation is linked with your behavioral parameters.

Your immune system will be impaired if you suffer from bipolar disorder. If you have this disorder, then you will be having high levels of immune cells and pro-inflammatory chemicals. It can affect thinking and other related abilities in the patients.

The anti-inflammatory property of turmeric is well known, and it works much better than common painkillers.

The prescribed anti-depressants will act on specific biochemical pathways or proteins of your brain to treat depression. Similarly, curcumin of turmeric is also known to act. But, it can target multiple proteins or pathways at the same time to help alleviate depression.

So, curcumin is used as a replacement for the mainstream antidepressants. The combination of curcumin and active constituents of black pepper and turmeric (piperine) is found to boost the effect of antidepressants.

This is done by increasing serotonin levels. The curcuminoids-piperine combination can be given as an add-on therapy to standard treatment.

Thus, you can use turmeric as an effective solution as standard antidepressants in treating major depressive disorder.

Anticonvulsants as a mood stabilizer are used in the treatment of bipolar disorder. It helps you in controlling mood swings.

They help in controlling mania and depression and help in stabilizing mood and preventing relapse. Curcumin is proven to suppress seizures and reduce their susceptibility.

It also is known to extend the intervals between the regular occurrences of seizures. Curcumin of turmeric possesses anticonvulsant property. Thus, curcumin is also proven to treat convulsions.

Protein is vital for the functioning of the brain. Brain-derived neurotrophic factor (BDNF) is the protein which is responsible for the regulation of brain activity and memory.

The levels of this protein are disturbed in bipolar disorder. Curcumin brings BDNF levels back to normal and thereby offers you neuroprotection by reducing damage to chronic stress, improving memory and preventing mood fluctuations.

Thus, turmeric influences the activity of proteins that are vital to brain functioning.

Anxiety is explained by disturbed moods, fears and exaggerated stress responses. The anti-anxiety potential of curcumin has been proven in an animal model.

Curcumin modulates chemicals involved in signaling messages in the brain, especially serotonin. It is known that Docosahexaenoic acid (DHA) is an essential fatty acid that is vital for proper brain functioning.

The deficiency of DHA can lead to neurological disorders like anxiety. Curcumin plays a major role as it complements the action of DHA on the brain, promotes DHA synthesis and reduces anxiety.

Weight gain due to psychiatric medications is usually seen to occur. This is one of the common reasons due to which most patients quit regular treatment.

Metabolic disturbances are caused by medications used to treat bipolar disorder. Well, turmeric has a remedy for that too. It has been proven that dietary curcumin can help reduce obesity and metabolic syndrome.

This happens by preventing the development of fat cells. It also regulates lipid metabolism, carbohydrate metabolism by influencing blood sugar and insulin levels and controls inflammation in fat tissue

You can take turmeric as a part of the diet. You should look for Turmeric extracts standardized at a high percentage of curcumin and took at a dose of 500 mg two or three times daily.

It is important to note that turmeric is absorbed poorly in the body. To take care of this issue, it is recommended to take turmeric with black pepper.

Piperine is present in black pepper which helps in the absorption of turmeric. However, talk to your doctor before starting any such medications.

You need to be careful when you take curcumin supplements. Turmeric supplements should be taken with caution.

Overdosing, reactions or interference with other drugs can lead to complications. Turmeric supplements should be avoided in the following conditions:

Long-term use of turmeric supplements can cause stomach upset. Hence, this may be harmful to those with ulcers or gallbladder problems.

Turmeric is used to stimulate the uterus and regulate periods. So, if you are pregnant or nursing then it should be avoided.

Turmeric may also have blood thinning qualities. That’s why to see your doctor before taking it. Avoid taking it if you are about to have surgery.

There has been an issue over a chemical which is used to extract the curcumin from the turmeric that is known to cause all kinds of neurological issues.

That is why it is important that you have a thorough research of the manufacturing techniques used when processing curcumin.

Intake of too many turmeric capsules may increase body temperature. There is a possibility that high-dose turmeric ingestion may lead to high oxalic acid in the urine leading to kidney stones.

2.Can Turmeric Help Against Aluminium Toxicity?

3.Benefits Of Turmeric For Menopause and Post Menopause Condition

Turmeric For Pain In The Body : Find Out Its Effects